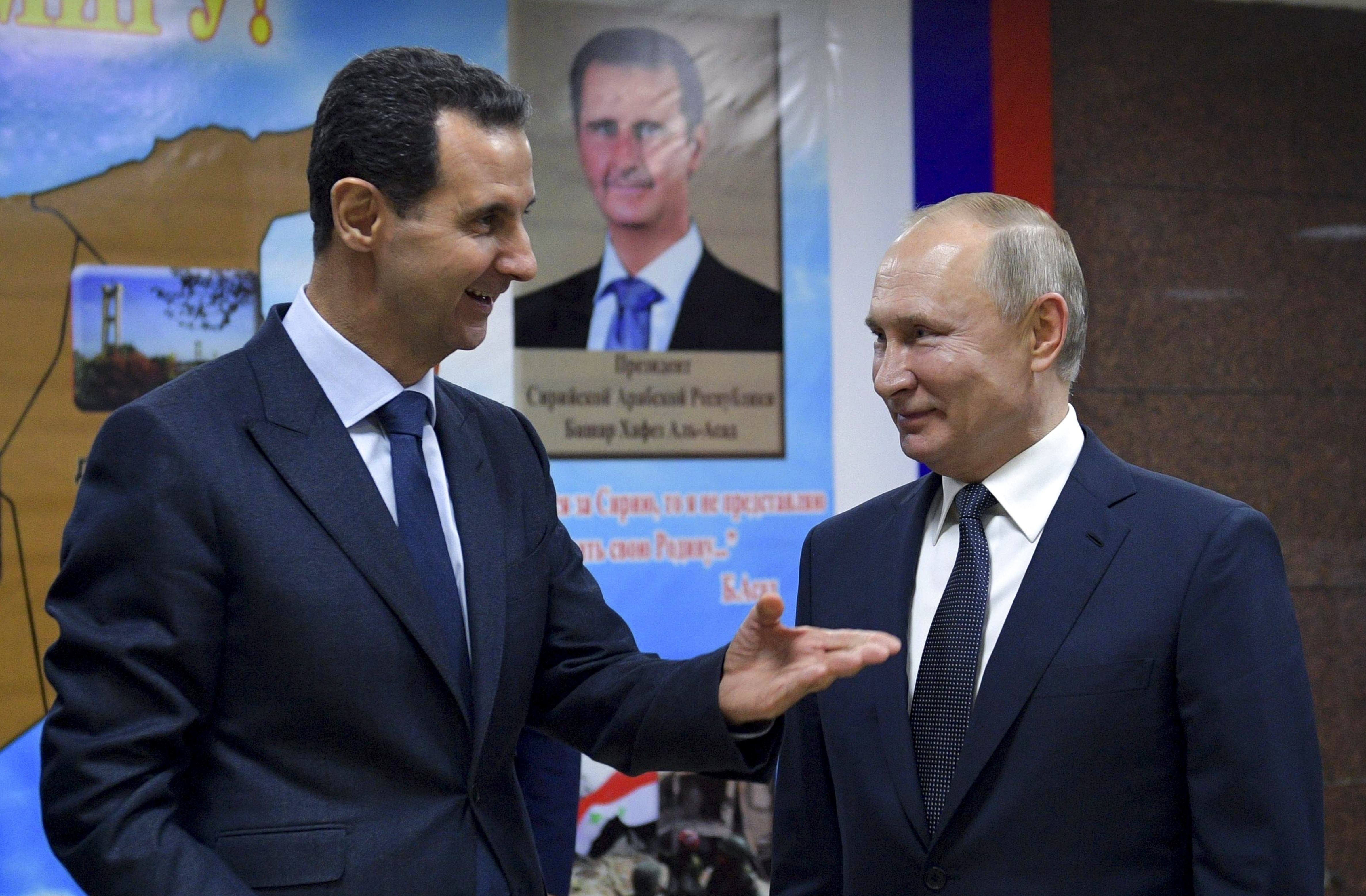 During a visit to Syria in 2017, Vladimir Putin lavished praise on a Syrian general whose division played an instrumental role in defeating insurgents in the country’s long-running civil war. The Russian president told him his cooperation with Russian troops “will lead to great successes in the future.”

Now members of Brig. Gen. Suheil al-Hassan’s division are among hundreds of Russian-trained Syrian fighters who have reportedly signed up to fight alongside Russian troops in Ukraine, including Syrian soldiers, former rebels and experienced fighters who fought for years against the Islamic State group in Syria’s desert.

So far, only a small number appears to have arrived in Russia for military training ahead of deployment on the front lines. Although Kremlin officials boasted early in the war of more than 16,000 applications from the Middle East, US officials and activists monitoring Syria say there have not yet been significant numbers of fighters from the region joining the war in Ukraine.ADVERTISEMENT

Analysts, however, say this could change as Russia prepares for the next phase of the battle with a full-scale offensive in eastern Ukraine. They believe fighters from Syria are more likely to be deployed in coming weeks, especially after Putin named Gen. Alexander Dvornikov, who commanded the Russian military in Syria, as the new war commander in Ukraine.

Though some question how effective Syrian fighters would be in Ukraine, they could be brought in if more forces are needed to besiege cities or to make up for rising casualties. Dvornikov is well acquainted with the multiple paramilitary forces in Syria trained by Russia while he oversaw the strategy of ruthlessly besieging and bombing opposition-held cities in Syria into submission.

“Russia is preparing for a greater battle” in Ukraine and Syrian fighters are likely to take part, said Ahmad Hamada, a Syrian army defector who is now a military analyst based in Turkey.

Syria observers and activists say the Russians have been actively recruiting in Syria for the Ukraine war, particularly among Russian-trained combatants.

Around 700 members of al-Hassan’s 25th Special Missions Forces Division, known in Syria as the “Tiger Force,” left Syria over the past weeks to fight along Russian forces, Abdurrahman said. The numbers could not be independently confirmed.

Pro-government activists posted videos over the past two weeks on social media showing members of the Tiger Force performing military drills including parachuting from helicopters. Russian officers appeared in one of the videos advising the paratroopers inside a helicopter as al-Hassan praised the young men by tapping on their heads. It was not immediately clear if the videos were new.

Abdurrahman said there are also volunteers from the Russian-trained 5th Division; the Baath brigades, which is the armed wing of Assad’s ruling Baath party; and the Palestinian Quds Brigade, made up of Palestinian refugees in Syria. All have fought alongside the Russian military in Syria’s war.

“The Russians are looking for experienced fighters. They do not want anyone who was not trained by the Russians, ”Abdurrahman said.

The Tiger Force took credit for some of the biggest government victories in the 11-year conflict. It was involved in a month-long Russian-backed campaign into the rebels’ last enclave, located in the northwest province of Idlib, which ended in March 2020 with government forces capturing a vital north-south highway – though rebels remain in control of the enclave.

Al-Hassan “is one of Russia’s men and Russia will depend on him,” said Omar Abu Layla, a Europe-based activist who runs the DeirEzzor 24, a Syria war monitoring group.

Hundreds of fighters from the 5th Division and the Quds Brigade have registered at Russia’s Hmeimeem base in western Syria, which is leading recruitment efforts, and are waiting for orders, he said.

In late March, a Russian-trained force known as the “ISIS Hunters” militia, which fought for years against IS, posted an ad calling on men aged 23 to 49 to come forward for screening, saying those who pass the test and are found suitable will be called on later.

So far, about 100 men have registered their names in the southern province of Sweida, according to Rayan Maarouf of Suwayda24, an activist collective that covers IS activities in the Syrian desert. He added that they were promised a monthly income of no less than $ 600, a huge sum of money amid widespread unemployment and the crash of the Syrian pound.

Earlier this month, Pentagon spokesman John Kirby said the US had indications that the Wagner Group is trying to recruit fighters, mostly from the Middle East, to deploy in eastern Ukraine’s Donbas region.

But he said there has been “no specific information” on numbers recruited. “We just aren’t there yet to see anything real demonstrable when it comes to reinforcement,” he added.

Gen. Frank McKenzie, head of US Central Command, told the Senate Armed Services Committee in early March that so far there are only “very small groups” trying to make their way from Syria to Ukraine, calling it a “very small trickle.”

Retired Lebanese army general Naji Malaeb, who follows the war in Syria closely, said there is no indication so far of Syrian fighters traveling to Russia, but this could change as the war drags on.

“This all depends on what the Russians plan to do in the near future,” Malaeb said.

Syrian and Palestinian officials in Syria have played down reports of fighters heading to Ukraine. The Syrian government is likely wary of having Syrian fighters flock to Ukraine, opening opportunities at the front lines that its many opponents could exploit.

In a potentially worrying sign for the Syrian government, Russia has significantly scaled down its operations in Syria since the war in Ukraine started, with fewer airstrikes targeting IS or opposition positions in Idlib.

“Any change in the posture of Russian forces or pro-regime militias creates security gaps that anti-regime actors including Turkey, ISIS, al-Qaida and Syrian opposition groups can exploit,” the ISW report said.

Muhannad Haj Ali, a former legislator and a commander with the armed wing of Syria’s ruling Baath party said no Syrians have gone to fight in Ukraine and that he did not expect any to go.

He said he was certain Russia will win in Ukraine without any need for Syrians’ help.

“The way the operations are going is clear indication that Ukraine will not be another Afghanistan,” he said.