Image: Disney/Lucasfilm We’re now a month away from The Book of Boba Fett, the first spinoff to The Mandalorian that sees the return of Temuera Morrison’s helmeted bounty hunter. With Jabba dead and a power vacuum in the galaxy’s crime underworld, the green-armored Mandalorian’s decided to make a name for himself now that he’s back … Read more 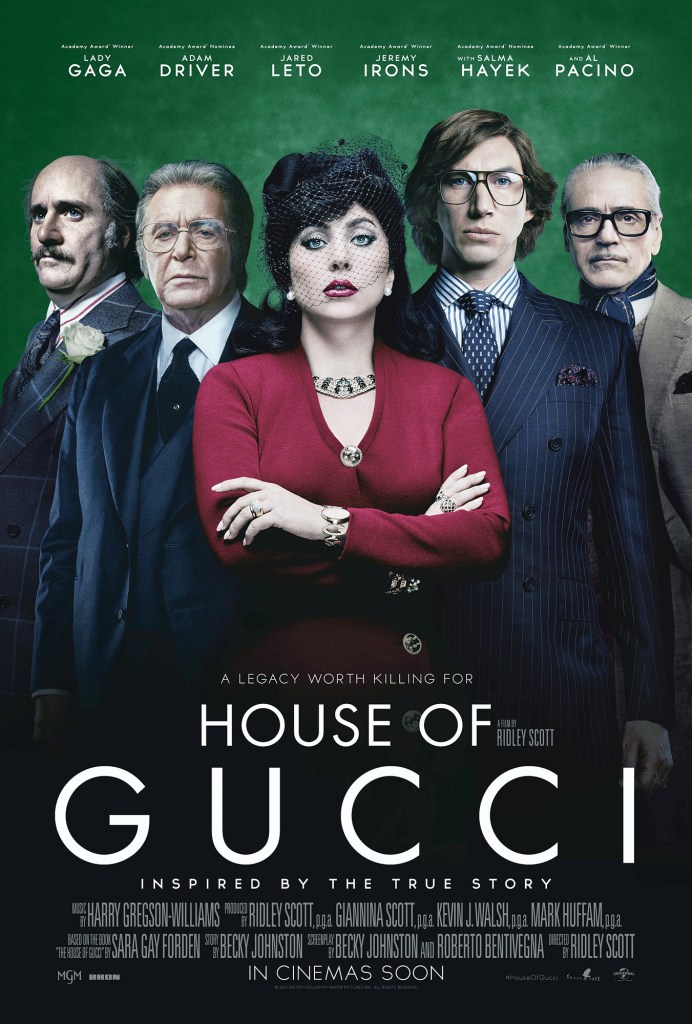 Thanksgiving movie audiences weren’t so charmed by “House of Gucci.” The Ridley Scott-helmed high-fashion murder saga starring Lady Gaga and Adam Driver, widely panned by critics, pulled in $3.39 million at the box office on the lightly attended holiday, Deadline.com reported. The flick is expected to earn $23 million before the holiday weekend is out. … Read more

Buzz Lightyear blasting an alien.Screenshot: Disney/Pixar Lightyear, Disney and Pixar’s upcoming animated feature about the “original” astronaut whose life story inspired the line of toys bearing his name, seems very much like the sort of movie that Toy Story’s Andy Davis—who was heading off to college when last we saw him—would be unabashedly excited to … Read more

Why did Kate Bishop want to become an archer? Hawkeye answers.Image: Marvel Studios In my recap of the first two episodes of Hawkeye I mentioned at one point I got misty eyed. Well, it was in the show’s very first scene which, basically, had the biggest spoiler to find in both episodes. So when we … Read more

“OK, we’re the Beatles now,” John Lennon, hardly the whip-cracker of discipline, says to the three friends who are soon to be his ex-bandmates in Peter Jackson’s nearly eight-hour-long Get Back docuseries for Disney+, when the mucking about becomes too much even for the rascally Beatle. The old gang from Liverpool has largely wasted another … Read more

The Madrigal family celebrating in Encanto.Image: Disney This Thanksgiving weekend, there’s a ton of brand new content you can watch with your family, but how much of it is actually about family? One title in particular stands out and that’s Encanto, the latest film from Disney Animation. Encanto is about the Madrigals, a Colombian family … Read more

A crop of the cover of Cosplay: A History. See the full reveal below!Image: Saga Press Cosplayers who look forward to comics conventions have had it rough during the pandemic, but the community’s spirit is still thriving. A new book, written by io9 alumni Andrew Liptak, spotlights the creative, awesomely nerdy folks who make dressing … Read more

The poster for Hawkeye.Image: Marvel Studios When I found tears in my eyes five minutes into the first episode of Hawkeye, I took that as a good sign. Marvel Studios’ latest show is finally on Disney+, with the first two episodes now streaming. It explores how Clint Barton (Jeremy Renner) is processing life in a … Read more

The Beatles (Photos: Disney+), Peter Jackson (Photo: Eamonn M. McCormack/Getty Images)Graphic: Natalie Peeples When the documentary Let It Be was released in 1970, it was a sort of elegy for The Beatles. A group that, in the public’s eye, had burnt out too fast and too soon, The Beatles had rocketed to international success just … Read more

Each product has been independently selected by our editorial team. We may receive commissions from some links to products on this page. Promotions are subject to availability and retailer terms. The LEGO Star Wars Mandalorian Battle Pack 75267 is inspired by the wildly popular Disney+ The Mandalorian series, and it has been a hot seller … Read more