Taylor Swift Shows “All Too Well” at TIFF, Teases More “Human Stories About Human Emotion” In Her Future

“I think I know why you’re here,” TIFF CEO Cameron Bailey coyly told the Friday night crowd gathered to see the world’s biggest pop star. Taylor Swift had arrived in Toronto already a victor— her short film “All Too Well” won the VMA for video of the year a few weeks earlier, and she had a 35mm print of the film made specifically for this chat with Bailey, as part of TIFF’s In Conversation series. Over the next hour she screened the film—which, like many of the films premiering at TIFF this week, is eligible for Oscar consideration— and gifted the audience with the mental image of Nora Ephron brandishing a machete, among many other things.

She came prepared to dive deep into the movies, and not just when it came to her filmmaking. Swift cited cinematic inspirations for her music career, from John Hughes movies as an influence on 1989 to Ang Lee’s Sense and Sensibility inspiring her most recent album, Evermore. For All Too Well, she referenced love stories where characters are “beautifully woven together and they just unravel the braid in front of you,” such heartbreakers like The Way We Were and Love Story.

Swift said took “baby steps” toward the directors’ chair, including learning the process of filming 35mm and directing her actors— she said she’s still moved watching the performance from Sadie Sink, who was in attendance. As ever, she knew how to work the crowd. In complimenting Dylan O’Brien’s performance, she playfully described his magnetism in the role as “charismatic-problematic.” Bailey rebutted, “Chasimatic-problematic: definition of a boyfriend.” Swift deadpanned: “an ex-boyfriend.”

Swift also spoke at length about the female directors who inspired her, including Chloe Zhao’s handheld photography and the work of Greta Gerwig and Lena Dunham. For All Too Well, she cited Joanna Hogg’s The Souvenir as a recent influence. She was most effusive about trailblazing female filmmakers, and their work in shifting the tides of perception. “And we have so many female filmmakers to thank for that,” she said, “There’s people who paved the path, and then there’s Nora Ephron in the forest with a machete, just hacking so the path will be paved.”

But she also recognized her privileged position to make her film at all. “When we talk about female filmmakers,” she said, “I also realize there are people that are working so hard to get financing, to get any type of budget together to make the productions and projects they want to make. So I honestly bow down, tip my hat to those female filmmakers.”

When asked whether she might venture into other genres of filmmaking, she stated she envisioned herself continuing to make “human stories about human emotion,” while declining to confirm anything specific.

More noticeably absent from the conversation were any details of her forthcoming album Midnights, nor any mention of Oscar hopes for the short film. After multiple missed bids in the original song category for her contributions to such films as The Hunger Games and Cats, this TIFF event is an ideal launchpad for Swift to break into the live action short category, where she’d be in good megastar company— Riz Ahmed and Kobe Bryant are among the recent short film Oscar winners.

But you don’t always have to say you deserve to be nominated for an Oscar; you just have to exude it. Swift was dressed entirely in gold. How do you take the full measure of a life, when that life is the one that Patricia (Patsy) Peacock-Evans{...}

In an era where apparently no one watches awards shows, but loves to talk about them—we’ve turned to Jimmy Kimmel{...} 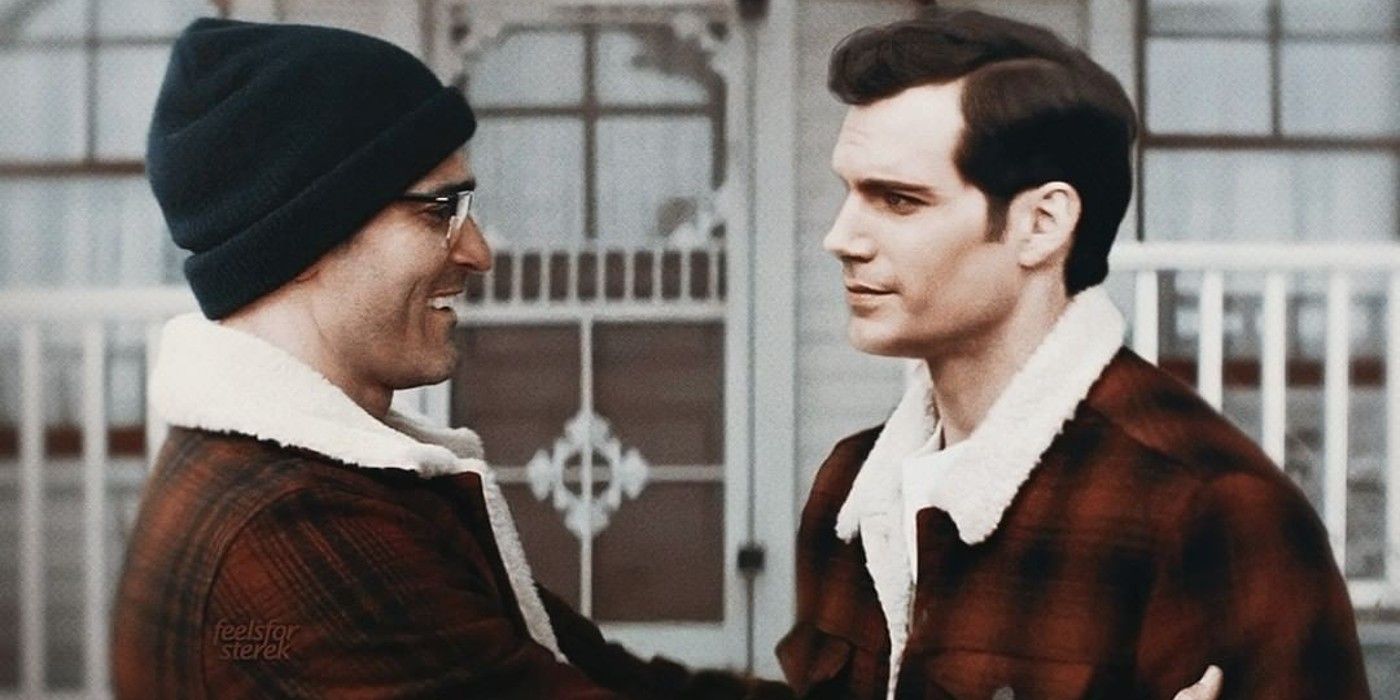 Following the news of Henry Cavill’s Superman exit in the DC Universe, new fan art sees the Arrowverse’s Man of{...}