By Gina Martinez For Dailymail.Com

Deputies were able to rescue a kidnapped Tennessee woman after she reportedly used a secret TikTok hand signal to alert a gas station clerk that she was in trouble.

An unidentified Hickman County woman was visiting her brother when her ex-boyfriend, Johnathon Smith, 31, picked her up in his truck and they ‘got into a physical confrontation,’ Lt. Mike Doddo of the county Sheriff’s Office told The Tennessean.

While driving on the highway Smith threatened the victim and refused to let her out, police said.

‘The girlfriend then asked to be let out. He said, “No,” ‘Doddo said. ‘(Smith) then threatened to kill her by grabbing a screwdriver and telling her, if he could not have her, nobody could have her.’

Smith drove the victim to a Twice Daily gas station and they both went inside.

While there, the woman tucked her thumb into her hand with four fingers over it and showed the hand gesture to the gas station clerk, Doddo said.

The hand signal, resembling a clenched fist, is demonstrated on multiple TikTok accounts and is designed to show others that the signal is suffering from domestic abuse. 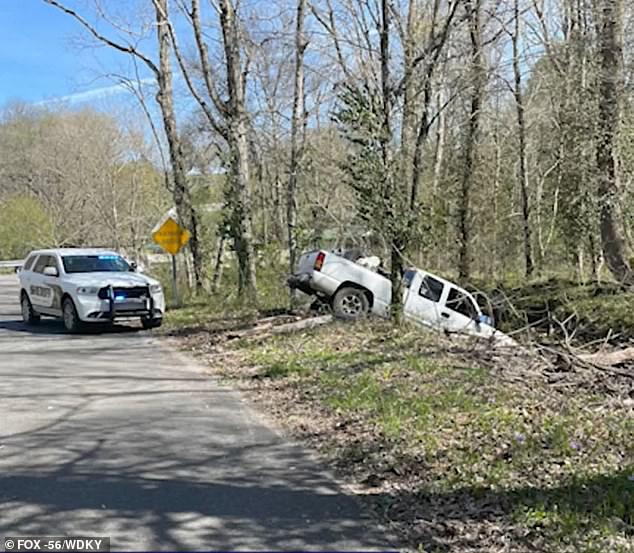 Smith fled on foot before being captured shortly after 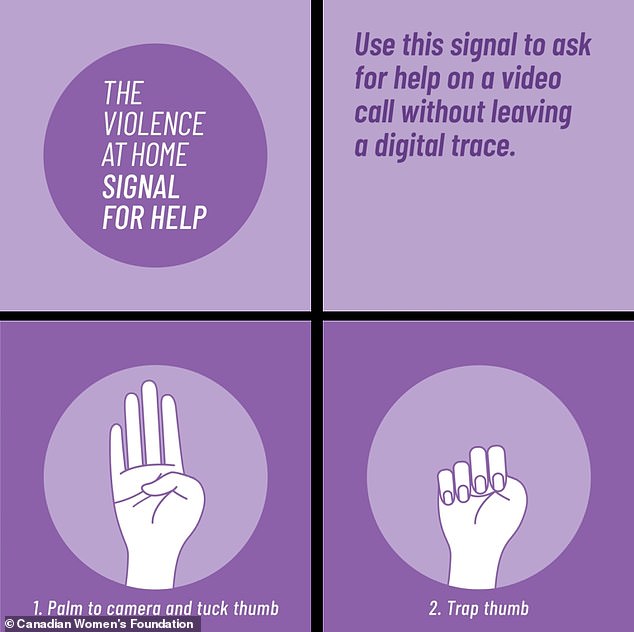 The hand signal, resembling a clenched fist, is demonstrated on multiple TikTok accounts and is designed to show the signal is suffering from domestic abuse

The clerk picked up on the signal and called police and attempted to stall for time as they made their way out, but Smith picked up on what was happening and left the gas station with the victim, police said.

As Smith was leaving, a Hickman County Sheriff’s officer pulled into the gas station and a 15-minute car chase ensued before Smith’s truck crashed into a creek.

Following the crash, Smith fled on foot but was Tased and captured.

The victim was not hurt in the crash, police said.

While the victim was saved by using the hand signal, she also signaled she was in distress by mouthing the words ‘help’ to Eric Streeval, who is part of a motorcycle group that helps women in domestic violence situations – and who just happened to be a customer in the gas station.

‘If you see something, say something,’ Streeval told Fox 56. ‘Domestic violence is a bad thing here in Tennessee.

‘The victims, a lot of times they’re too afraid to speak out. And I credit the young lady in this situation with having the world’s most courage of actually speaking out because who knows what would have happened. ‘ 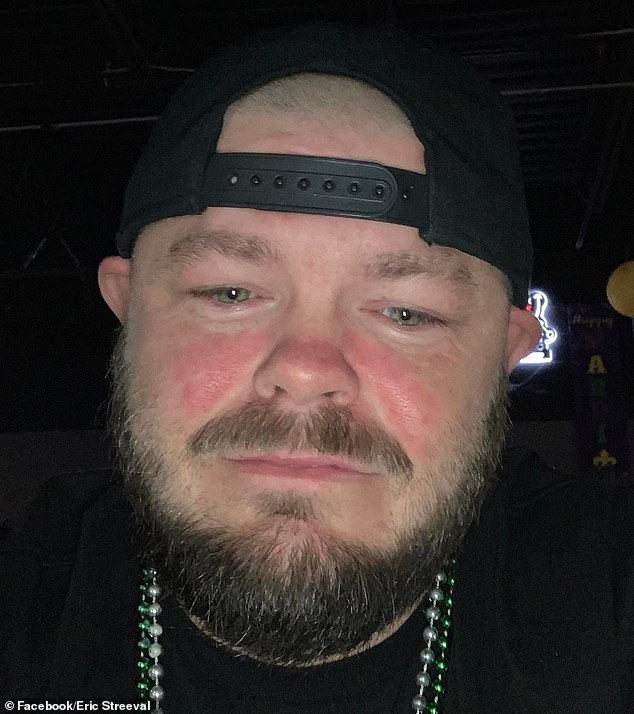 While the victim was saved by using the hand signal, she also signaled she was in distress by mouthing the words ‘help’ to Eric Streeval (pictured)

Streeval has since reached out to the victim on social media and has offered her advice and provided her with local resources.

‘I would just tell her lean on family if she’s got family, or find a complete stranger,’ he said.

‘If someone’s willing to listen, talk to him. Do not think everything bundled up inside. Reach out to somebody and just believe the good in somebody. ‘