It may only be in its second glorious year, but the opening of The Dorchester Rooftop is already synonymous with the official start of the summer season, and we couldn’t be more excited. With restrictions, lockdowns and masks nothing but a foggy memory, it’s time to get the good times rolling once more—and where better to start than in this chic suntrap high above the crowds, where the city sparkles in the distance and the Veuve Clicquot is always on ice? With the hotel undergoing refurbishments, it’s all hands on deck to ensure that up on the rooftop it’s a summer to remember: think three-Michelin-star service courtesy of the Alain Ducasse team, Mediterranean-inspired drinks concocted by the legendary Giuliano, Dorchester-worthy luxury finishes and the occasional live band or DJ set to help get things going. The good vibes start at midday and go on late into the night, as languorous lobster-filled lunches roll into sunset aperitifs, dinners, endless cocktails—and more often than not, onto some fabulous dancefloor in neighbouring Mayfair. Were it not for the occasional gust of wind or drop of rain, you could almost convince yourself you were on some stylish island in the middle of the Med. Now, if only there were a swimming pool…The Dorchester Rooftop

Downstairs at Frog by Adam Handling in Covent Garden, there’s a secret bar swinging with the kind of life we haven’t really seen since pre-pandemic days. It’s called Eve Bar, and the buzz of the crowd could well be down to “V”, the devilishly good new menu they’ve just started serving here. Inspired by Handling’s favourite drink and an Eve Bar signature, the Perfect Manhattan, the menu centres around five key ingredients—agave, grain, juniper, malt and corn, and sugar cane. The creations are refined and technically impressive, but not lacking an infectious sense of fun. See the Brusketta Martini, a combination of sourdough vodka, Ginepraio gin, tomato, rosemary and brine. Or try the Cereal Killer, a creamy evocation of breakfast made with 15 Bulleit bourbon, rum, malt, coconut, vanilla and feuilletine. Very good fun indeed. Eve Bar

If you’re in the market for a quick pre-party blow-dry, fabulous up-do or festival-ready braids (all done in the time it takes you to knock back a glass or three of prosecco), then Duck & Dry is the salon for you. Though the plush interiors and trendy backlit egg booths alone are enough to entice you in, it’s the chic clientele skipping out of the doors with luscious locks that really sell the place. Whether it’s during your lunch break or before some drinks out on the town, you can guarantee a perfect finish in just 45 minutes. V.F.’s top tip: take some girlfriends before a night out on the tiles because getting glammed up surrounded by a multitude of make-up mirrors and selfie lights while sipping on prosecco and listening to ABBA on full blast is really ducking fun. Duck & Dry

There’s always something great going on food-wise in the various The Hoxtons around the world, but Holborn’s La Cave is in a league all of its own. Hidden beneath the always-buzzy hotel, it’s a dimly lit, cavernous haven of natural wines with its own incubator kitchen showcasing the hottest culinary concepts of the moment—and its newest residency is one of the most exciting yet. Kris Yenbamroong is the brains behind the NIGHT+MARKET restaurants in Los Angeles, which have gained a cult following thanks to their epic combination of Thai food and natural wines in an ultra-cool yet laid-back atmosphere. And now, he’s set his sights on London with a menu of American-Thai mash-ups at Chet’s. Die-hard devotees of either cuisine will be initially horrified to find classic diner dishes such as garlic bread, hotdogs and hamburgers given a fragrant and beautifully spiced Thai twist, and any Italian visitors may well have a heart attack at the mere sight of the Pad Thai Rigatoni. But allegiances, snobbery and deep-set doubts aside, guests must plough on through and order the lot—as well as the fried chicken, larb fritters, “shrimp bikini” and crispy rice salad, which absolutely must not be missed. A few Coriander Martinis and two-for-one orange wines on Wednesdays will help soothe the initial shock—and it won’t be long before you too are hailing Yenbamroong as a culinary genius. Lucky there’s time until September to go back and do it all again. Chet’s at La Cave

A new exhibition at Leica Gallery London will see the unforgettable work of legendary American street photographer Bruce Gilden displayed in the capital. Born in Brooklyn in 1946, Gilden’s enduring bodies of work are characterised by his unique, graphic and confrontational style. He initially worked in black and white, producing arresting images of passers-by by startling them with his camera flash, but has expanded this method during the last decade to encompass colour photography. For the first time, Leica Gallery London is exhibiting his ongoing colour portrait series taken in Bogota, Colombia. These wall portraits continue Gilden’s fascination with characters who are made invisible by society, hanging on to its fringes or existing off-grid. In the faces of people, he looks for a life lived, or perhaps a chance to identify and feel comfortable with exorcising his own traumas. Leica Gallery London 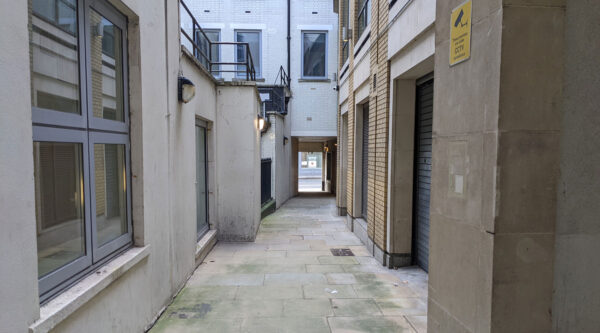