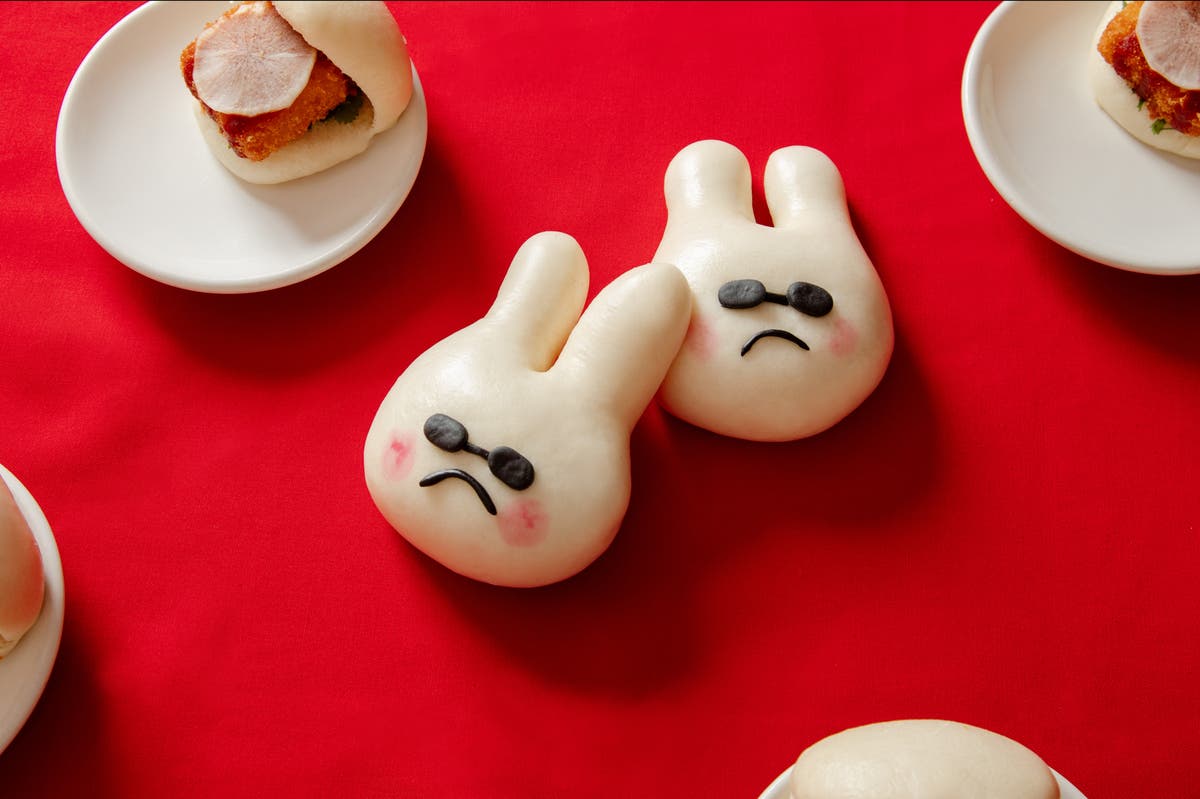 lready broken your resolutions from January 1? Don’t fret — the Chinese Year of the Rabbit kicks off on January 22, promising kindness, elegance and courage from the luckiest sign of the zodiac.

Chinese New Year, also known as the Lunar New Year, is the biggest public holiday in China, east and south-east Asia. Food and drink play a key part in the festivities, with special new year dishes served that are rich in symbolism.

The “prosperity toss” salad of yusheng is the most famous; “yusheng” means “raw fish” and sounds like the Chinese word for “abundance”. The idea is that the higher the ingredients are tossed into the air with chopsticks, the more luck will rain down over the 12 months ahead.

Dumplings are another traditional dish, as the number of dumplings eaten is said to correspond to one’s wealth for the following year. The Cantonese word for fish — “yu” — sounds similar to the word for “wish” and is served whole for preference, as the head and tail symbolise good beginnings and endings. Whole chicken, meanwhile, represents rebirth, long strands of “longevity” noodles a long life while meals often finish with nian gao, a sweet glutinous rice cake that symbolises reaching new heights in the year ahead.

Chinatown and the West End are the focus of London’s New Year celebrations, which are the largest outside Asia. The details have yet to be confirmed but usually involve a parade from Charing Cross Road to Trafalgar Square via Shaftsbury Avenue, with plenty of food to grab en route; keep an eye on visitlondon.com for further info and, for more eating inspiration, check out our guide to the best Chinese restaurants in London.

Here, however, we’ve selected the London restaurants offering the best celebrations for Chinese New Year, from Michelin-starred blow-outs and special menus to Chinese wine pairings and rabbit-shaped cakes, plus lion dances and wishing trees. Hop to it!

Before the Michelin-starred likes of Hakkasan and Kai there was Poon’s, which introduced Seventies Londoners to the then-revolutionary idea that Chinese food was every bit as sophisticated as its European counterparts, winning founder Bill Poon a star for his efforts in 1980. Bill’s daughter Amy became a lockdown sensation for her insanely savoury wontons and chilli sauce deliveries; for Lunar New Year, she has teamed up with chef residency and restaurant incubator Carousel to cook a steamboat dinner (£55) of fresh seafood, marinated meats, Chinese vegetables, tofu and glass noodles, simmered in broth and seasoned with her sauces which, once tried, become an instant umami addiction.

Serene and classy, the 10th-floor restaurant of the Royal Garden Hotel boasts views over Kensington Gardens to the Royal Albert Hall, Big Ben and London Eye beyond and is arguably at its best as the setting sun lights up the treetops. Diners facing away from the window get the view reflected in mirrors, typical of the thoughtful approach to every aspect of hospitality here, not least from the helpful staff smartly dressed in starched white uniforms that somehow remain miraculously free of sauce stains. A special New Year menu will feature celebratory dishes such as turnip cake and a yusheng hamachi sashimi salad, though don’t forget to place an advance order for wood-fired Beijing duck served in two courses: Min Jiang is the restaurant that elevated carving duck into a tableside art in London.

The announcement of the closure of the Fitzrovia Bao might have got 2023 off to an inauspicious start for the Taiwanese bun pioneers but the Lunar New Year offers some good news — for six or more diners, at least. Book a private-dining room at the King’s Cross or Shoreditch Bao and expect a New Year feast including dishes such as classic braised pork bao, cull yaw dumplings, gammon marinated in honey and five spice, and red-bean rabbit cakes, all designed to symbolise good fortune, family reunions and the power of a clickbait pic on Instagram. Can’t make it to a restaurant — or don’t want to share? At-home meal kits (£60, from January 7) include classic bao, rabbit cakes and longevity noodles, while New Year merch includes a Bao-branded tote bag, Carhartt t-shirt and “Hot Rabbit” sauce (actually a sort of spicy soy).

This supremely civilised (but alas eye-wateringly expensive) St James’s restaurant is little-known in London beyond Chinese food connoisseurs, which is strange as not only is Imperial Treasure a very big deal in its native east Asia, where the 22 restaurants twinkle with multiple Michelin stars, but it serves some of the most refined Chinese food in the capital. Special dishes for the Lunar New Year include crispy roasted chicken, fish maw with abalone, scallop and Japanese mushroom, honey-glazed king obsiblue prawn with fragrant vinegar, and chilled jelly fish with ox tongue. An additional New Year set menu (which must be ordered in advance) allows diners to prepare for the financial hit before the bill arrives: £148 for eight courses (£98 for vegetarians), with a wine pairing for £60. Worth saving up for, if only to eat here once a year.

The Grand Union Canal might be a poor substitute for the Pearl River but this longstanding Cantonese resident of Paddington Basin compensates for a bland office-block setting with comfort and food quality. Reasonably priced all-day dim sum is what the place is most famous for but a special menu will be served throughout Chinese New Year. Celebratory dishes include a “treasure pot” to share of abalone, king prawn, scallops, roasted duck, cornfed chicken, sea moss and roasted crispy pork, and yusheng salad with salmon sashimi, though there are also classic dishes from the main menu: baked lobster with ginger and spring onion sauce with noodles, or steamed wild sea bass with spring onion and supreme soya, say. Dining in a group? There’s a set menu of 10 dishes to share from £450 for a table of six.

Even on the dreariest London day there is still something innately celebratory to dining at Hutong, where the view of the capital all the way from Crystal Palace to Highgate Hill from the 33rd floor of the Shard never fails to mesmerise. In-between gawping opportunities at toytown St Paul’s, the snaking river Thames and the City skyscrapers lined up like dominoes is some equally diverting cooking, with a subtle northern Chinese accent. The New Year set menu (£138, or £99 for vegetarians) includes the likes of yusheng salad with sashimi and vegetables, Sichuan tiger prawns and one of the best roast Peking ducks in London; veggies get the salad sans sashimi, hot and spicy soup and wok-fried bamboo shoots. On the evening of January 22, dinner will be accompanied by lion dancers and there is a wishing tree on which to affix one’s hopes and dreams for the year ahead.

Not content merely to serve a few seasonal dishes under some red lanterns, this candy-coloured Mayfair Chinese has partnered with florist Lucy Vail to transform the restaurant into a sort of magic faraway tree-cum-winter garden. Guests will dine beneath a tree strewn with purple hydrangeas and blue pimpernels, the propitious colours of the Year of the Rabbit, with hong bao red envelopes dangling from the branches. To eat, a “basket of wealth” containing a trio of dim sum will be followed by either crispy Norfolk pork with pineapple and pomelo, roasted chicken with crispy garlic, or braised noodles, enoki mushrooms and dried scallop; to finish, there is a sticky rice cake with chocolate ice cream.

The City dining room within the London outpost of Singapore-based Pan Pacific Hotels and Resorts deserves a wider audience than well-heeled expats working in financial services — and the Lunar New Year is the ideal opportunity to make a first visit. The four-course sharing dinner (£138) begins with a yusheng salad ahead of braised abalone with shiitake mushrooms and gai lan, steamed seabass with XO sauce, native lobster stir-fried longevity noodles, and XO scallop fried rice. Most intriguing of all is the option to add two hours of unlimited Chinese wine (£68) from top producers such as Chateau Changyu–Moser XV: a delicious eye-opener for the uninitiated. A marginally cheaper four-course New Year menu (£98) is being served January 23-31.

London’s Michelin-starred pair of Hakkasans are getting ready to party this Chinese New Year with wishing trees, lion dances, Hennessy Cognac cocktails and a New Year Feast menu (£128). Things kick off with prosperity toss octopus salad with yuzu plum sauce and chilli garlic vinegar ahead of a trio of dim sum including a rabbit carrot puff — not a culinary tribute one imagines is offered in the Year of the Snake. Wok-fried dishes to follow include stir-fried wagyu beef with glutinous rice, shimeji mushroom and golden squash ahead of steamed John Dory with brown butter black bean sauce, enoki mushroom and okra, and a sesame and raspberry gateau to finish. The lion dance will take place at Hakkasan Hanway Place at lunchtime on January 22 and dinner at Hakkasan Mayfair on January 25.

China Tang at The Dorchester

If the location were not enough of a clue that China Tang is more luxurious than the average Cantonese then sliver-plated chopsticks, embroidered napkins and wallpaper imported from China and hand-finished in situ should indicate the size of the final bill. For such a glamorous setting — one might be dining in a Jazz Age ocean liner — the refreshingly straightforward menu offers a poshed-up version of Anglo-Chinese favourites, though for Lunar New Year there’s a special menu running alongside the à la carte offering Scottish scallop with Chinese caviar, crispy-skin chicken served with fermented bean sauce, and red lantern macarons. Feeling confident about the finances in 2023? Order “Five Blessings Descend Upon Your Home”, a dish of mixed seafood, poultry and Japanese abalone to share for £580. Lion dancers will perform at dinner on January 21 and 22.

Want to bypass Chinese New Year savouries and go straight to the sweets? Chinatown’s Cantonese-style steamed bun specialist has launched a trio of New Year cakes. The “Lunar Bunny” bun, complete with rabbit ears and cottontail, is filled with the Chinese milk-flavoured sweet of White Rabbit Creamy Candy, while the Bun of Fortune contains black sesame and the Bun of Luck is filled with dark chocolate and mandarin. For something less childish but no less sweet, there’s a nian gao glutinous rice cake made with brown sugar and coconut, and it’s all available for takeaway and delivery as well as eating in.

A Locke Lord senior counsel has taken a step up to partner by returning to Boies Schiller Flexner in Lond…{...} 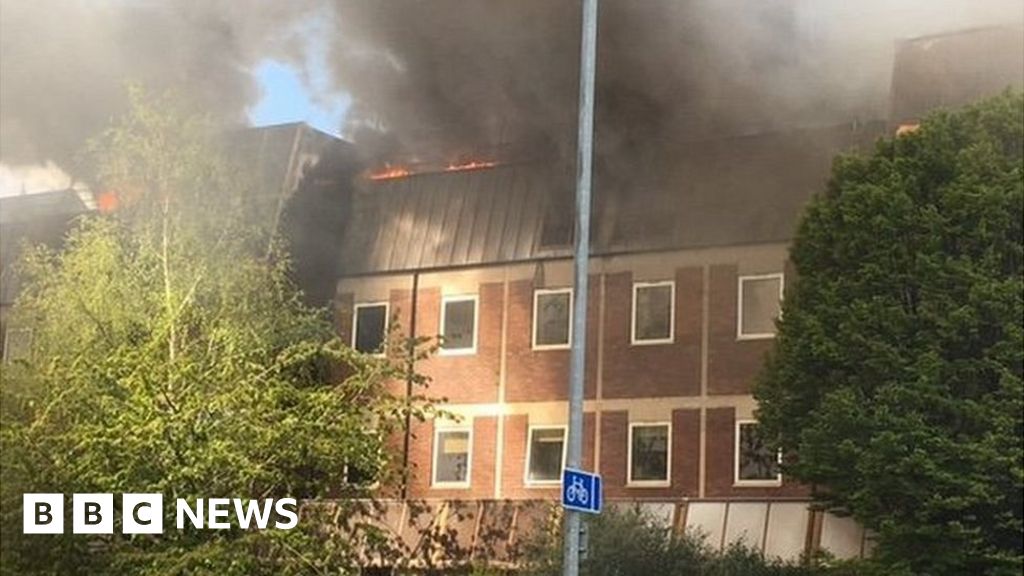 Fossil fuel companies have been banned from recruiting students through a university careers service for the first time. The new{...}