With nowhere else to turn, the Manchester United content production machine at Old Trafford has now gone into full self-satire.

It had to end this way. For years, Manchester United has been a football club driven almost exclusively by its ability to produce content, by its almost unsurpassed ability to engage its huge fan base, with signatures and stories, controversy and chaos. And there would always come a time when this would no longer be sufficient. When either the narrative reserves or the interest reserves would dry out. When that point came, there was only one logical next step.

Oh, that point has been reached. Nearly every football podcast in living memory (14 months, approx.) Has had at least one small subsection dedicated to the exhalation of air that accompanies the discussion of United; the fluttering cheeks and pregnant pauses between words that can be translated as “I literally have no idea who, what or why this is anymore”. In recent weeks, this has only intensified. Some of the football cognoscenti now even flatly refuse to be drawn to the subject, and those who still want to talk about United seem more interested in the moral implications of wanting your partner to be fired. Meta content – content about content – some have called it. Anti-content seems more appropriate. (And yes, I’m aware of the irony).

This is obviously bad news for United. The fuel they depend on disappears and only the waste remains. They have had to change pace. And so, just as Ian Hislop jokes with the lawsuit he faces for saying things instead of actually saying things, Manchester United have now gone into full self-satire. They have become a parody of everything they are accused of being.

It has not been immediate; we can trace its roots back to summer. Like most of the ridiculousness around the club, this started with the boss. Despite the general consensus after last season that they were a pretty good football team, despite having a pretty bad manager, United went on to extend Solskjær’s contract, apparently just to laugh. 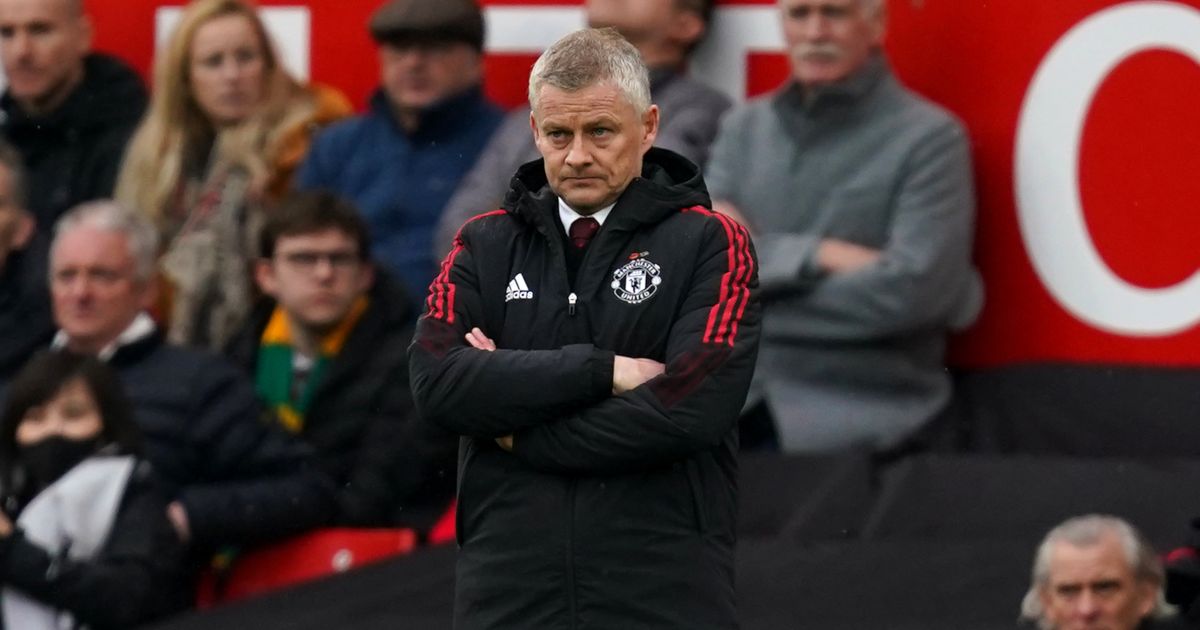 But it’s been the last month that things have really taken off. With even Rio now says that OGS has to go, the club has doubled their support for his cultural heritage project, which in a funny way suggests that he is the right man for the job. Meanwhile, Solskjær himself has become an even more exaggerated caricature of everything he is said to be: his media personality has become so understatedly pleasant that he simply has to take the piss, and the way he now proclaims that ‘We Are Manchester United ‘have reached Ed Miliband levels of no-but-actually-this-is-very-serious performative gravity. It’s as if there’s a bet on how openly he can put it into the conversation, like back then, when Alan Shearer was so damn funny that he laughed at his own ability to name a song title.

One can almost imagine Solskjær on the training ground on Monday, where he got a really old giggle with Juan Mata over the fact that the journalistic pig dogs can not even see the satire, do not even recognize that he questions the very validity of their profession. Except you can ‘t imagine it. Because there was no one there.

And this is where we really reach the top of Bantchester United. Faced with the unanimous verdict that his side is a barely trained crowd that is completely unaware of how to play football together, Solskjær decided to give the back room staff and 16 first team players who have not been selected for international service – because they have been so sad – the week off. Laugh out loud. There is no universe where this is actually productive. You do not solve technical problems by just not looking at them for a week. But they are not trying to solve problems; they satirize them. Likes and grinning emojis generated by yet another self-reflexive meme are enough to cement themselves in the news cycle for another week.

And their captain? Him who is shit for United and brilliant for England, and whose mirror-filled tirade after the Liverpool debacle seemed to suggest that he might not be the greatest speaker? Well, try a clean slate and a goal against mighty Albania for size. And a celebration of toasting ears. Also an explanation that it was not directed at anyone. As if he just had poor hearing or something. Jesus Christ.

It’s hard to know where they’re going from here, as this is such a logical goal in itself. Maybe they just want to stop, somehow flow out of the public consciousness and sit in obscurity in the middle of the table. Like Arsenal. Maybe they will go all 2021 on us and actually develop a plan. Who knows? At the moment, they seem to be laughing a little, mate.