If you wanted super glamorous or insanely pretty nail art, you may think you’d need to visit a glitzy salon in Manchester city centre or head to footballer haunts like Wilmslow, Alderly Edge or Hale. But some of the most mind-blowing nail designs can actually be found in Northenden.

NailsByAsleighR has a client base made up of thousands of clients, which she’s created thanks to her breathtaking designs and willingness to try things you won’t find anywhere else in Manchester.

Ashleigh Renshaw started her nail journey over 7 years ago when nail art wasn’t as in demand as it is now. Ashleigh told me that, back then, everything was done in acrylic and encapsulated.

Ashleigh, who grew up in Salford, mastered the basic skills in college. Once she had completed college, she began to work in a salon in Stockport where she started to grow her loyal clientele. She worked in the same salon for around three years before finally taking the leap to go freelance.

Ashleigh explained that she took the decision to work from home so she could save for her own salon. In the two years Ashleigh was working from home, she was based in her living room – but that did not slow down her progression as an artist.

During this time the nail artist explored new techniques and got creative. Ashleigh says the variety of the incredible work she produces is mainly down to her clients.

She told me that many of her clients trust her so much, they allow her to freestyle and do what she wants. That’s how she comes up with some of her boldest and most eye-catching designs that would even make Cardi B jealous.

Ashleigh is now based at Envy salon in Northenden. The salon is beautifully designed with palm trees and baby pink walls – even the toilets are pretty. It feels more like a Miami salon than the middle of Greater Manchester.

I went to visit Ashleigh at the salon for a treatment before Parklife. Before my visit, Ashleigh asked me what designs I’d like so she could prepare.

I sent over a few options, and she said both would work well. Once I arrived at the salon, we sat down to discuss which design would work best.

Ashleigh asked what my outfit plans for Parklife were, and I showed her a few bits I had in mind. She also asked me about my everyday life, work and what events I had coming up so she could advise on length and shape as well as design.

We both agreed that a beaded £32 Zara watermelon bag (which by the way, I love) would be a great inspiration point for the design, and Ashleigh started to do her thing.

First she applied some acrylics. My nails looked an absolute mess before we started as I’d had to have my previous set quickly soaked off before my appointment (Ashleigh won’t refill other people’s work which is totally understandable), so I needed fresh extensions.

After the prep was done, we moved on to the design. Ashleigh started with the watermelon nail, which was all very exciting.

When it was done, I looked at it in absolute awe. Every single brush stroke looks so perfect, and so real. I was blown away by how effortlessly she’d done it, because I can barely draw a straight line with a pencil at the age of nearly 30.

We then moved on to the very exciting airbrushing process. Ashleigh did an airbrushing course a few weeks ago – and even braved a 12-hour traffic jam to do it.

She told me that she’s not really seen it around Manchester salons, so it’s a pretty rare and unique skill to her. The process was so quick and easy, and gave me perfectly ombred nails in minutes. Honestly, I’m not sure I’ll ever look back after having airbrushed nails.

Ashleigh explained that the airbrushing process means you can bring in basically any outfit and have the colours airbrushed on to your nails to match. She said her favourite ever design (pictured above) – a pastel baby blue and pink pattern featuring butterflies, hearts and sparkles – was done using the airbrushing machine.

Back to my own nails, and once the airbrushing process was done, Ashleigh did the top coat, and voila, it was done! I was so impressed by the outcome, I couldn’t believe it. I’m already planning my next design with Ashleigh to match the dress I’ll be wearing to my best friend’s wedding this summer.

If you want to book in with Ashleigh, you can do here. I f you’re not sure whether she can do your design or you want some advice before your appointment, you can message on her Instagram page. 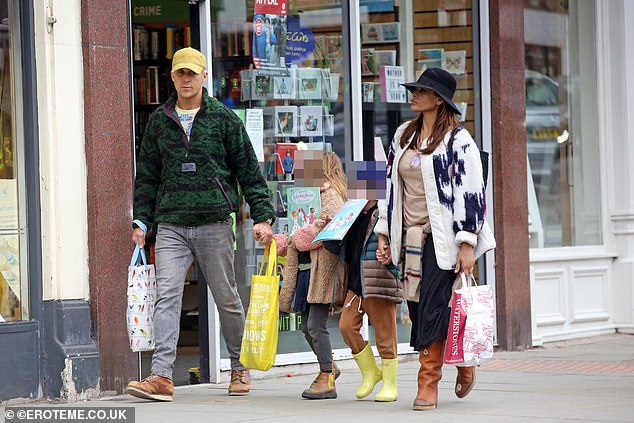