The Queen and the Paddington-Fantasy Image of Britain

It is as if some spontaneous folk tradition has suddenly started flourishing, in which the late Elizabeth II and the talking bear are cosmically united

The other day, news broke that the Royal Parks of London are asking people to stop leaving marmalade sandwiches as a tribute to the late Queen Elizabeth II. I have to admit I didn’t see this one coming. From an anthropological perspective, the British mind is a wonderful thing.

The announcement was very euphemistically phrased – as the suggestion that while leaving flowers would still be appropriate, there were maybe a few too many marmalade sandwiches piling up around St James’s. But my mind couldn’t help but turn to all that bread and preserved orange spread, left out in the centre of London, soggy and rotting in the rain. A great mountain of marmalade sandwiches, a vast ‘come and get me’ plea to the city’s many rats: huge rodents fearlessly tearing apart clear plastic bags that say ‘for later’ on them, as the nation’s shocked royalists attempt to muster the courage to fight through them for the chance to grieve.

It has been a striking aspect of the spectacle surrounding the queen’s death – just how much she appears to be associated in the public imagination with Paddington Bear (marmalade sandwiches being left alongside toy Paddington dolls, as they are the beloved children’s character’s favourite snack). No sooner had rumours of the queen’s passing finally been confirmed, than an image started doing the rounds on Facebook of the late monarch and one of her corgis holding Paddington’s hand, being led off into the sunset with the caption, ‘Ive [sic] done my duties Paddington, please take me to my husband’. Last night, I saw that someone had already gotten a version of it as a tattoo, with the caption being: ‘well that’s done, tea?’. It is as if some spontaneous folk tradition has suddenly started flourishing, in which the queen and Paddington are cosmically united – as if it had somehow long been stated, in the lore of our people, that he is her spiritual protector and guide.

But in fact, the queen-Paddington connection is something rather new. The most immediate reason why people seem to have made it, is that there was a TV sketch released last year for the queen’s Platinum Jubilee, in which she was depicted taking tea with Paddington. The Ben Whishaw-voiced CGI bear drank inappropriately from the pot, before offering Her Majesty a marmalade sandwich from his hat. She was then revealed to have one in her handbag. The queen and Paddington started drumming the beat from ‘We Will Rock You’ on their tea cups for some reason, and then he thanked her for her years of service to the nation. Its general vibe was a bit weird and almost dream-like, with the queen in particular delivering her lines as if she were being directed by David Lynch (in fairness to her, she was (a) not an actor, (b) well into her 90s, (c) having to pretend a bear she’d probably never heard of before was with her in the room).

People really seemed to go nuts for it. Formally, the sketch mirrored an earlier one, produced for the 2012 Olympics opening ceremony, in which the queen met James Bond. In it, the queen displayed similar virtues: most obviously that ‘having a good sense of humour’ – which seems to be the main qualification for being someone the British would wish to continue to invest hereditary sovereign authority in (good luck with that one Charles). But news of her passing has not suddenly given rise to a great wave of fan art in which the queen is seen being greeted in the afterlife by Bond. At the time, viewers were said to be ‘in awe’ of the Paddington sketch, with social media users commenting things of the form that it was ‘all you need to know about what it means to be British.’ The broadcaster Michael Crick has suggested that the queen should receive a posthumous Oscar for her performance.

What were people seeing here? I don’t think it can possibly have all been in the sketch itself. To understand why the Paddington sketch has so caught the British (or, perhaps better: British royalist) imagination, one needs to understand something about the Paddington films. (Films which the BBC has recently announced it will be airing over the national period of mourning).

The Paddington films, which also feature Whishaw as the voice of the CGI bear (incidentally, the voice actor in the Ukrainian dub is none other than Volodymyr Zelenskyy), have been widely acclaimed. Indeed: there was a moment when Paddington 2 (2017) was briefly the best-rated movie on Rotten Tomatoes, surpassing Citizen Kane (it has since lost its perfect rating following the discovery of a negative review). While it would be ridiculous to suppose that Paddington 2 were actually the greatest movie ever made (it’s about 20 minutes too long for a kids’ film; the human performances frequently suffer from the same problem the queen encountered re: the bear not really being in the room), it’s certainly easy to see why it’s only ever received one negative review. The film is sweet, playful, and inventive: there is one really great scene, for instance, in which Paddington is seen imagining what it would be like to lead his Aunt Lucy through London in the pages of a pop-up book. It’s kind of magical – although when I watched it with my three-year-old son, he was really only interested in this one scene where Paddington flies over a canal by holding onto a swan (for the rest of the film, he would not shut about the possibility that ‘goosey,’ as he named the swan, was about to re-appear).

But what’s especially striking, to me at least, about the Paddington films, is the way that London is depicted in them. Paddington is set in what is sort-of the present day – but also not quite the present day. He lives in a version of Britain where there is, like, hip-hop, and the internet – but it’s still common to travel by steam train, and no-one really bothers with smartphones.

Paddington lives (with his adoptive family, the Browns) in a ridiculously nice area of west London, in a Georgian terraced crescent: the sort of place where in the real world, there is no longer any life, because everyone who might conceivably want to live there has been priced out of it; the sort of place where the ‘residents’, such as they are, have spent several million on a one-bed flat they can occasionally use when they’re not in New York or Dubai. And yet in Paddington’s world, there is a real and vibrant community: everyone knows their neighbours, there is a newspaper stand whose owner has a parrot, there is a bustling market, and lots of independent shops (Paddington of course has arrived from ‘darkest Peru’ – so is sometimes referred to by the film’s admirers as an ‘immigrant’ or even a ‘refugee’). At one point, I thought I saw a Brewdog logo, and I thought: well, I guess it kind of makes sense that there is Brewdog in Paddington’s world. But if indeed there were Brewdog in the Paddington world, then no-one would ever go there: they would all drink in an eccentrically-decorated tumbledown little corner pub, where there is an old dog wandering around, and where they sell cheese-and-onion rolls wrapped in cellophane, and where the landlord knows everybody’s name.

In short: I think a lot of the appeal of the Paddington films is that they are set in a sort of fantasy version of Britain – a Britain in which, I suppose we can say, capitalism does not impose itself quite as forcefully as it does in reality. A Britain in which we are allowed to have nice things; in which people are afforded the ability to live lives guided not by material reality, but by personal eccentricity. And this fantasy, of course, is one hardly limited to, or invented by, the Paddington films themselves. This idea of Britain, this idea that Britain and indeed perhaps especially London is somehow enchanted, brimming with wonder and possibility, is one that has long exercised a powerful hold over the national imagination: found everywhere from Mary Poppins to the Great British Bake-Off tent to the Libertines.

And really I think this is why people are leaving huge piles of marmalade sandwiches in tribute to the queen. The queen-Paddington sketch captured people’s imaginations because people in this country both want to believe in the Paddington-fantasy image of Britain, and also that the late queen somehow belonged there. They realise, of course, that the country is not really like this: that it is really for the most part perhaps unsalvageably crap. They realise that the reality of the queen’s death is closed food banks, cancelled NHS operations, and hastily scrapped-together social media posts explaining that everyone at Heinz Beanz is very respectful and sad (so please, for the love of god, keep buying beans). But they want the country to have used to be like how it seems in the Paddington films. And the queen – they believed – was a conduit to that fantasy version of the nation and the past.

A report today from financial services giant Bloomberg claims Netflix has arrived at a price point for its new advertising-supported{...} 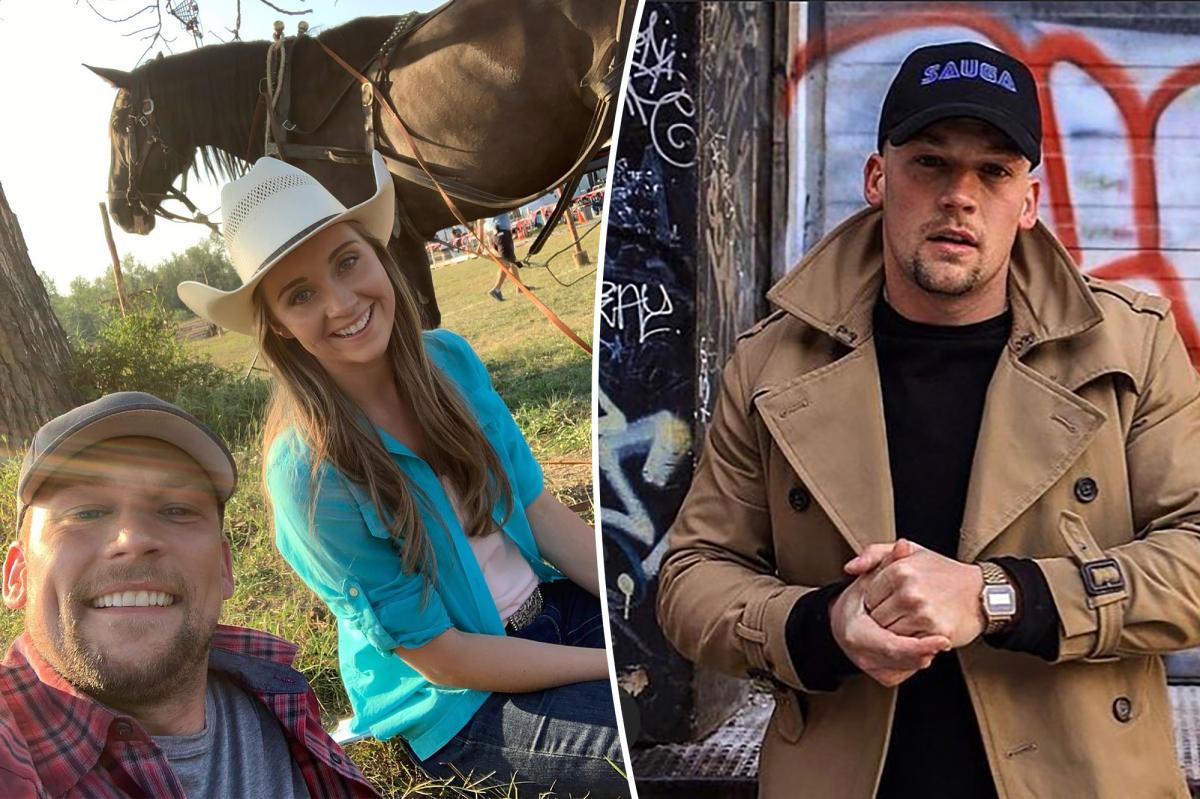 Robert Cormier, who played Finn Cotter on the show “Heartland,” died on Friday. He was just 33 years old. The{...} 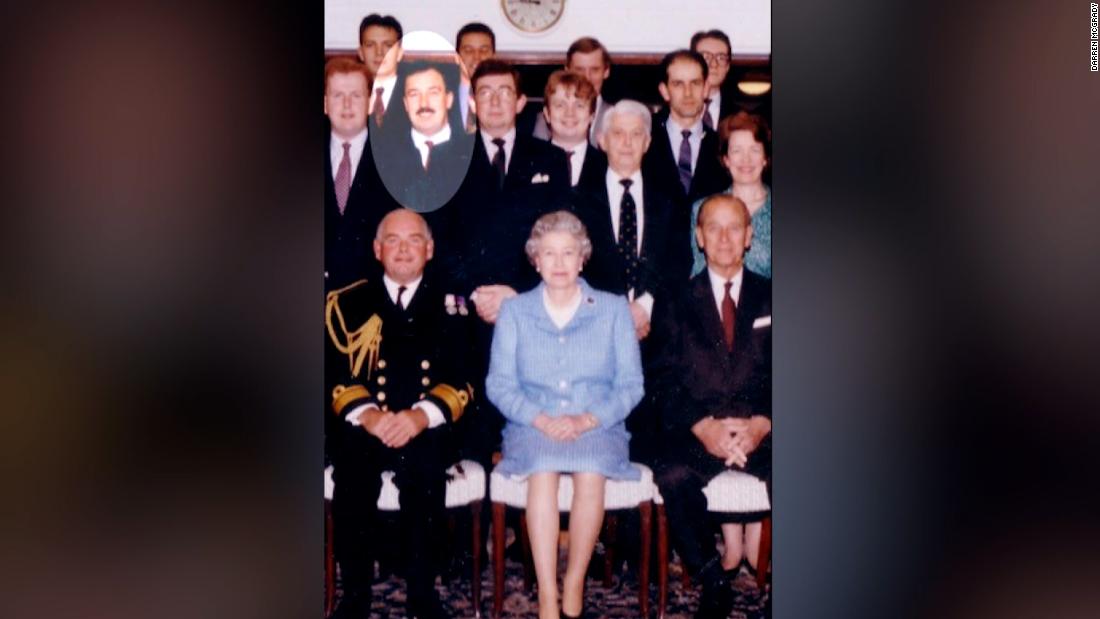