The RNC Has Been Bankrolling Trump’s Legal Bills. If He Runs, They’re Cutting Him Off.

The Republican National Committee may force former President Donald Trump to choose between the spotlight and a mountain of legal bills. “Since October 2021, the Republican National Committee has paid nearly $2 million to law firms representing Trump as part of his defense against personal litigation and government investigations,” ABC News reported Wednesday—financial support that would cease as soon as Trump announces his candidacy, according to an RNC official, due to the GOP’s obligation to stay neutral in the primary. Given that Trump’s legal fees are apparently ongoing—the most recent RNC payment to a law firm representing Trump, a figure of $50,000, occurred in mid-June—GOP leaders are reportedly hoping that the prospect of footing his own legal bills will convince the former president to hold off on a 2024 announcement until after the midterms. “Everyone thinks it’ll scramble the midterms” and “could potentially destroy the advantage we have,” Republican donor Dan Eberhart told ABC News of the prospect of Trump announcing early. “It makes Trump more relevant and gives the Dems potentially a way to reset the race.”

When it comes to a third bid for the presidency, timing, as Trump himself told New York’s Olivia Nuzzi, is the real question. “Do I go before or after? That will be my big decision,” Trump said, referring to the midterms. In a Wednesday Wall Street Journal op-ed, Republican consultant Karl Rove wrote that while Trump currently has more than $121 million in his war chest, he can’t put that money toward 2024. If the former president “decides he must upstage the midterms and announce this fall rather than waiting, he’ll immediately need to file a new committee for his presidential campaign to pay his political expenses,” according to Rove. “That’ll mean asking for donations at the same time GOP candidates for Senate, House, governor, state legislatures and local offices are scrambling for dollars to win midterms”—likely to the dismay of “candidates, donors, and grass-roots activists.”

The prospect of losing the RNC’s financial support has apparently changed Trump’s mind in the past. In his 2021 book Betrayal, ABC’s Jonathan Karl wrote how Trump on his final day as president told RNC Chairwoman Ronna McDaniel that he was intending to leave the GOP and form his own political party, but later backed down after RNC leadership “made it clear that if Trump left, the party would immediately stop paying legal bills incurred during post-election challenges.” (Trump and McDaniel denied the story.) On Thursday’s Good Morning America, Karl, who co-wrote this latest ABC News story, described the former president’s legal arrangement with the RNC to be “entirely unprecedented.”

Trump, who is historically litigious, tried and failed to challenge the 2020 election results in court, with state and federal judges rejecting more than 60 lawsuits brought by the Trump campaign and its allies. Nearly two years later, the former president continues to undermine the integrity of the election, and is now threatening to sue CNN for essentially calling his lies lies. Deadline reported Wednesday that, last week, Trump’s lawyer sent CNN chief Chris Licht and EVP and General Counsel David Vigilante a letter demanding CNN correct, apologize, or retract articles and televised transmissions “characterizing him as a ‘liar’ and the purveyor of the ‘Big Lie’” or face legal action, per the notice. “In this instance, President Trump’s comments are not lies: He subjectively believes that the results of the 2020 presidential election turned on fraudulent voting activity in several key states,” the letter claims. (As it turns out, Licht reportedly isn’t such a fan of the term “The Big Lie” himself.) Trump on Wednesday said in a statement that he had “notified CNN of my intent to file a lawsuit over their repeated defamatory statements against me,” while pledging to hit other media outlets with similar allegations for their reporting on his baseless election fraud claims. It remains to be seen whether he’ll follow through, given Trump’s track record in this realm. 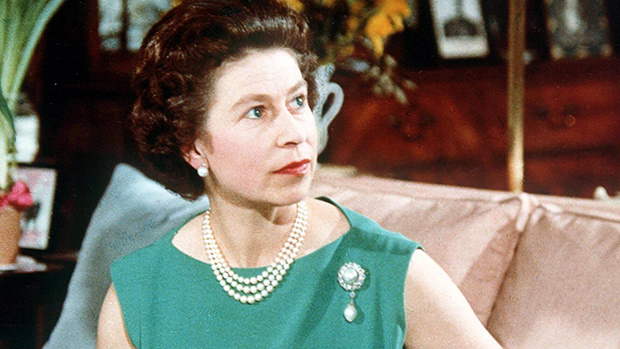 View gallery Image Credit: Joan Williams/Shutterstock Queen Elizabeth II’s beloved dogs were at her side during her “final hours.” Her{...}

Pop-quiz: Your father-in-law recently had his home searched by the FBI based on probable cause that he may have broken{...}