One of the teachers killed in the school massacre in Texas may still have been alive while a group of officers waited nearly an hour to exterminate the gunman, according to a recently revealed 911 call from a student who saw the wounded woman.

“There are a lot of corpses,” 10-year-old Khloie Torres told a 911 sender as he was locked inside a classroom with Robb Elementary School shooter, according to the New York Times.

The call was logged at 12:10, 37 minutes after the gunman arrived on campus – and 40 minutes before police broke open the doors to the classroom and killed the shooter.

Khloie was one of two students who called 911 from inside the two adjoining classrooms where 18-year-old gunman Salvador Ramos was detained. A total of 19 children and two teachers died.

The report confirmed several details about the police response to the shooting last Tuesday, including that on-site commander Pete Arredondo did not have a police radio when he arrived. It also quoted sources confirming that the tactical unit that took Ramos out did not obey an order not to break the door to the classroom.

Arredondo and local police are under scrutiny for how they handled the shooting, with questions about whether lives could have been saved if they had acted earlier. More than 140 law enforcement officers were eventually at the school, but it took over an hour from the time Ramos arrived until they finally walked into the classroom to confront Ramos, the Times said.

“I do not understand why anyone did not go in,” Jamie Torres, Khloie’s mother, told the newspaper. Although people probably still would have been shot, “it would have been far less than 21,” she said.

Ramos crashed with a pickup near the school at. 11:28. He showed up with an AR-15-like rifle before jumping over a fence and walking into an unlocked door of the school.

The immediate response was quick – with a school employee using a security app to warn of a lockout and active shooter at 6 p.m. 11:32, just two minutes after the first 911 call, the Times reported. Texts and emails were sent as a result and school staff received an emergency alert on their phones, but the gunman was inside less than a minute later, the Times said.

In room 112, where most of the carnage took place, the children watched a movie when the alarm went off, and teacher Irma Garcia hurried to the door to lock it, but had trouble finding the right key while shooting from it. semi-automatic sound in the room. hall, Khloie told the Times. When Garcia got the right key, Ramos was already there.

“He grabbed the door and he opened it,” Khloie said, according to the Times.

While the girl and others were hiding under a table, Ramos declared “you will die” as Garcia tried to protect his students when shots erupted. Garcia and co-teacher Eva Mireles were among those killed, the report said.

The child then witnessed the gunman declare “good night” before firing on the other students. A child who shouted out they were hit attracted the attention of the sadistic Ramos, who again shot at the injured child, this time fatally, the Times said.

As the gunman moved between classes, Khloie whispered to her classmates to see if they were okay, and at least one person reportedly responded. Another child needed help to get her teacher’s body away from her, Khloie told the newspaper.

“Just be quiet so he does not come back in here,” she said, she told her classmate.

A classmate was concerned that the gunman would find them hiding under a table, the Times reported.

The report also confirmed that a “heavily armed” tactical unit, which included border patrol agents, ICE agents and a sheriff’s deputy, gathered in the hallway outside the adjoining classrooms and ignored orders not to go in to take Ramos out.

The unit was not a formal group, but consisted of several officers who allegedly undertook to enter as the conflict dragged on and the command route appeared to be in chaos.

Police’s response to the shooting is now under investigation by the U.S. Department of Justice and the Texas State Legislature. 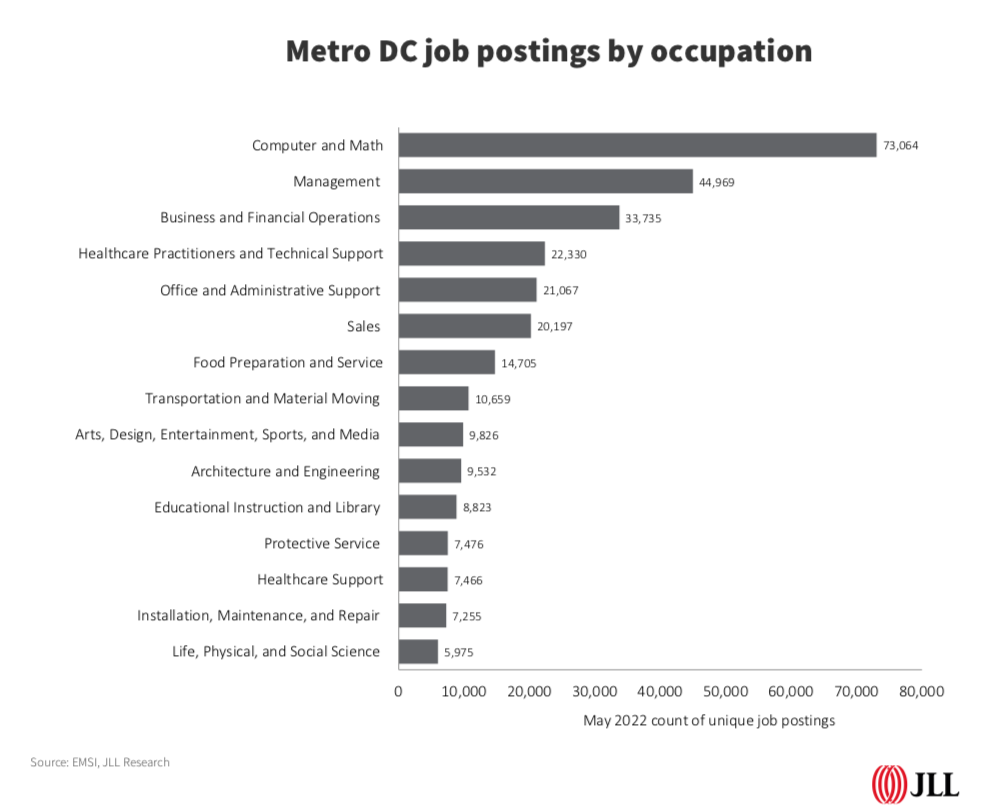 USA News
DC employment 98% of pre-pandemic; where the jobs are