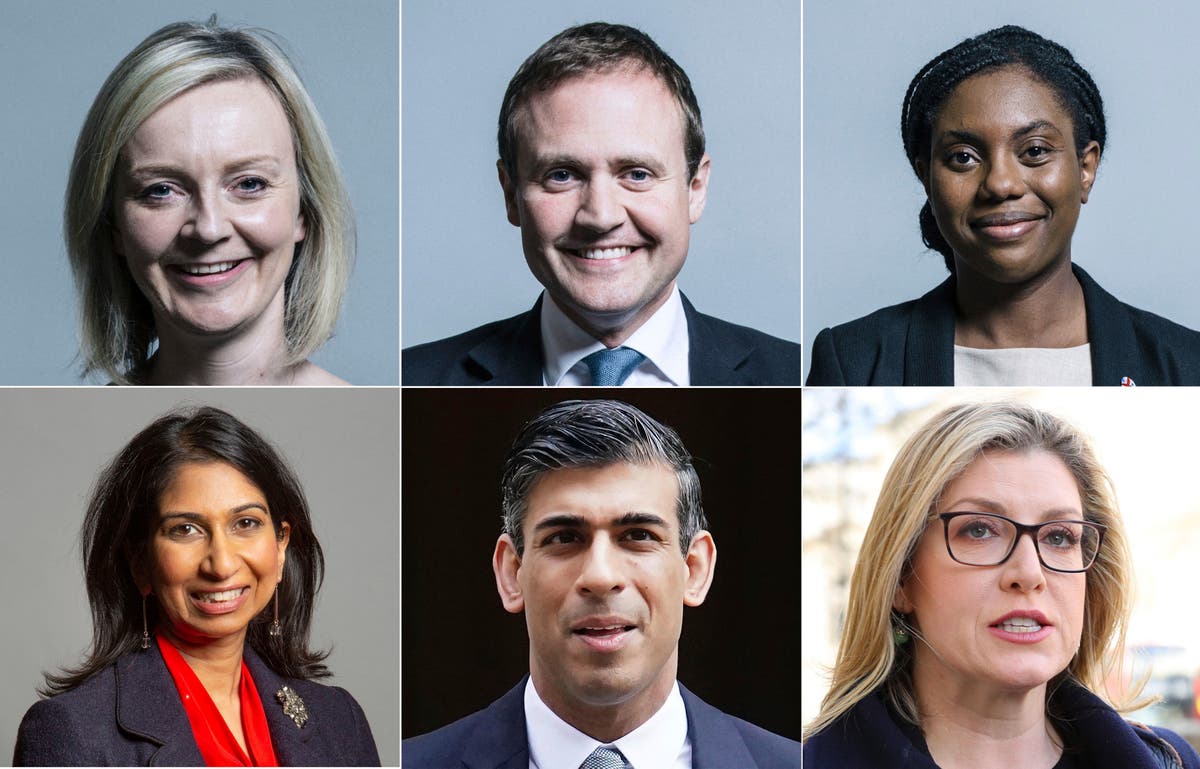 Tory leadership – live: Penny Mordaunt under fire as knives come out in race for No 10

Liz Truss is seeking to snatch support from her leadership rivals on the Tory right as she laid out her pitch to become prime minister, hours before candidates face elimination in the race’s second ballot.

The foreign secretary pledged to cut taxes, “level up in a Conservative way” and “delivery, delivery, delivery”, as one minister urged supporters of right-wing candidates Kemi Badenoch and Suella Braverman to “join Liz” instead.

Lord Frost meanwhile launched a brutal attack on Penny Mordaunt after polling placed her as the frontrunner among the Tory faithful to succeed Boris Johnson, with the former Brexit minister claiming he had asked for her to be removed from her role as his deputy during talks with the EU.

Alleging that the former defence secretary “did not master the detail that was necessary” during negotiations and “wouldn’t always deliver tough messages to the EU” when the situation merited it, Lord Frost said he was now “gravely concerned”.

Jeremy Hunt and freshly-minted chancellor Nadhim Zahawi were both knocked out of the race on Wednesday.

Tom Tugendhat has said that all candidates have to be prepared for criticism, following Lord Frost’s Brexit broadside against Penny Mordaunt.

Answering extensive questions at a press conference in Westminster, the leadership hopeful said: “It’s not always easy but I think it’s fair because if you are running for an office like this it is fair that those who know you express views.

“Some of them are going to be nice, some of them less so. This is a really short interview round for a hell of a big job.”

Liz Truss has become the latest candidate to say that their government would stick with Priti Patel’s Rwanda asylum policy, shortly after Rishi Sunak said the same

You can watch her answer here:

Liz Truss may have won plaudits from reporters for her campaign’s foresight in securing a room with air-conditioning (see post at 10:04), however it appears that somewhat less focus was placed on planning for her exit post-speech.

Liz Truss has dodged questions about worries she could be outflanked by rival Penny Mordaunt, with the foreign secretary instead stressing the wide array of talent the leadership contest is displaying.

Tugendhat ‘feels like prom queen’ after being wooed to back rivals

Tom Tugendhat – who won 37 votes in the first round – has denied he would be dropping out of the Tory race. “I’m still in this fight,” he said.

Admitting to reporters that he had been wooed by other candidates to back them, Tugendhat said: “I feel like a prom queen”.

Calling for an increase in the defence budget, he said the invasion of Ukraine wouldn’t have happened if the west had not “backed down” in Afghanistan, adding: “However much you think defence costs you, trust me, the alternative cost more.”

Asked whether Tory MP Chris Pincher should lose his seat if allegations of sexual misconduct were proven, he said “everyone is innocent until proven guilty”. But he added that “anyone guilty of such an extraordinary crime” should lose their seat.

Asked about Lord Frost’s scathing attack on Penny Mordaunt, Tugendhat said criticism when running to be leader is “not always easy, but it is fair”.

Truss forced to defend decision not to resign from cabinet

Liz Truss was forced to defend her decision not to join other cabinet members in walking out on Boris Johnson over the Chris Pincher scandal, at her campaign launch event.

The foreign secretary – who has slipped badly to third place in the Tory leadership race – was also put on the spot about aggressive briefing by her team about her key rival Penny Mordaunt.

And she effectively wrote of 12 years of Conservative economic policy, by condemning “two decades of sluggish growth” and promising a new economic plan, including a Budget “on day one”.

Explaining why she stayed in the cabinet as it collapsed last week, Ms Truss said: “I’m a loyal person, I’m loyal to Boris Johnson” – as she was asked if his “tacit backing” is a “kiss of death”.

She promised not to make “disparaging comments” about her rivals, while failing to criticise the anonymous attacks made by her staff.

Ms Truss is certain to get through the second round of voting by Tory MPs this afternoon, but badly needs to make up ground lost on Ms Mordaunt and Rishi Sunak.

“I’ve proved time and time again that i can deliver even when it’s difficult. As trade secretary I struck dozens of trade deals with partners such as Australia and Japan when people told me that it simply wouldn’t be possible.

“In the face of EU intransigence, I developed the Northern Ireland Protocol Bill. It breaks the deadlock in a legal way, upholding the Belfast Good Friday Agreement and preventing the tearing apart of our precious union.

“As chief secretary to the Treasury, I had a firm grip on our nation’s finances. I am prepared to do whatever it takes to get the job done. That, my friends, is why I am trusted to deliver.

“We have to level with the British public that our economy will not get back on track overnight. Times are going to be tough. But I know that I can get us on an upward trajectory by 2024.

“We can get there by delivering our promises, by ensuring spades are in the ground, people are in jobs and money is being generated in local areas right across our country. I know it can be delivered by working relentlessly together as a team and focusing on delivery, delivery and delivery.

“That’s how we can turn things around and that’s how the Conservatives can win the next election … Let me be clear, Labour is beatable, the Liberals are beatable. There isn’t a groundswell of support in the country for Sir Keir Starmer or Sir Ed Davey. What the British people are crying out for is a modern and united Conservative Party ready with the courage of its convictions to deliver on the promises that we have made.

“So, my friends, you can trust me – to get the economy going, to get money back in people’s pockets and to help squeeze families. Together we will level up the country in a Conservative way, making it an aspiration nation. Together we will continue to defy the voices of decline and stand tall on the world stage. So let’s get on and deliver for our great country like never before.”

‘I will continue to lead the free world’ if chosen as PM, Truss says

Liz Truss has said she would “continue to lead the free world in opposing Putin” as she sets out her pitch to replace Boris Johnson.

“I stood up to Vladimir Putin by targeting Russia with the toughest sanctions his regime has ever seen. And I would continue to lead the free world in opposing Putin and making sure that Ukraine prevails.”

Truss wants to level up ‘in a Conservative way’

Liz Truss has backed levelling up “in a Conservative way”.

“I have a plan to make Britain a high-growth economy over the next 10 years,” the foreign secretary said in her leadership pitch, “through bold supply-side reform. We will cut taxes, helping businesses invest in their future. We will tackle the cost of energy and we will control government spending.

“We will create new low tax, low regulation zones, to attract investment in communities up and down our country, creating new hubs for innovation and enterprise.”

Many of the names are going through early-stage vetting. Not all of those on the list will get honours, and{...}

TWO years ago, many Hong Kong nationals began uprooting their lives and moving to the UK to escape their home{...} 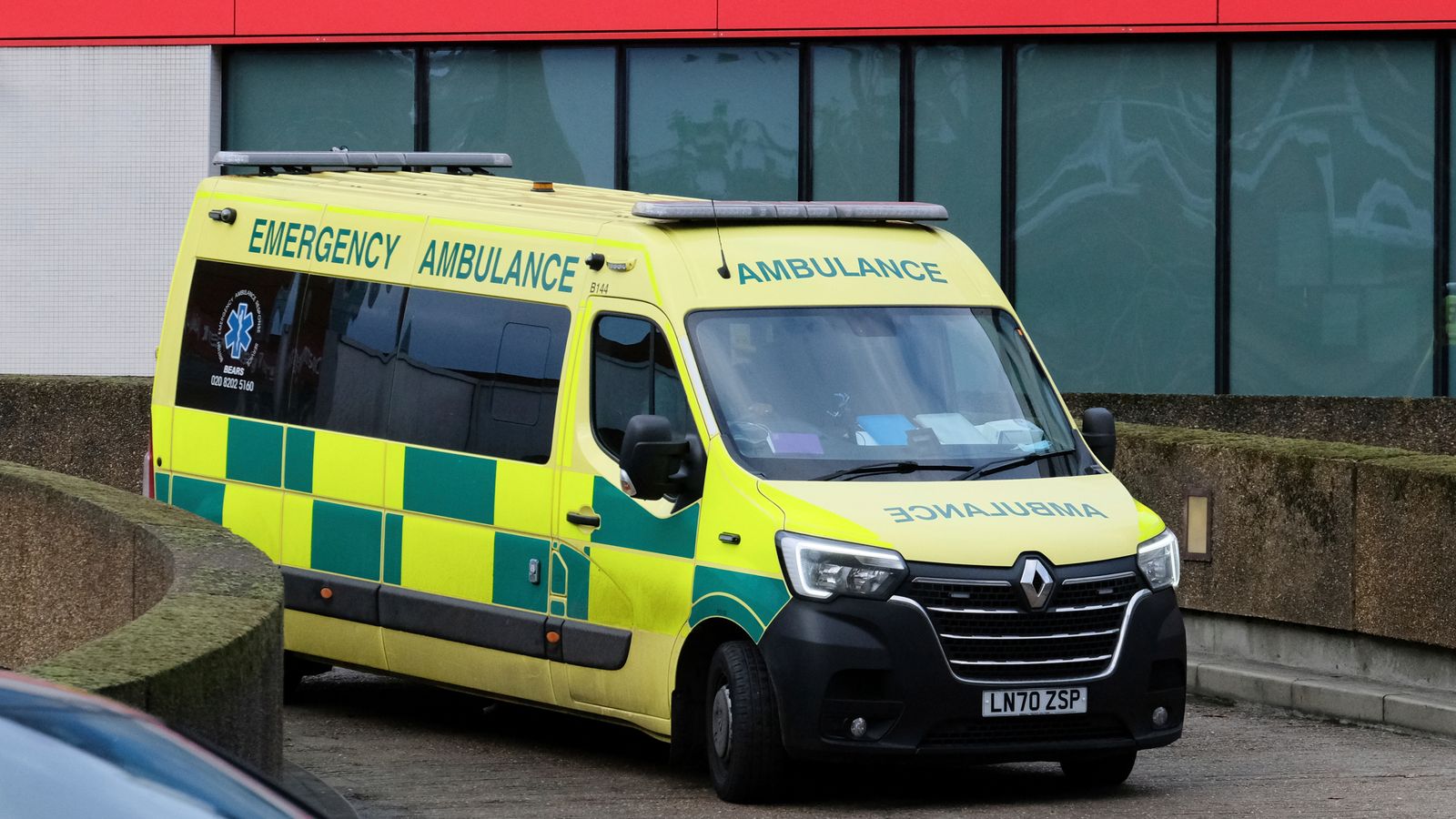 Average ambulance response times in England last month were the longest on record – as more than half of people{...}