Penny Mordaunt seemed to be telling Tory MPs this morning they would “murder” the Conservative party if they voted for one of her rivals. She posted a message on Twitter saying “Tory MPs – vote for Rishi Sunak or Liz Truss today and you’ll murder the party you love”, although the tweet has now been deleted.

In fact, Mordaunt was just quoting the headline on a Daily Telegraph column that she is tweeting. It’s by Allison Pearson, and in it she says “it is Mordaunt, the Royal Navy reservist and centrist, who can unite our divided country and, most crucially, prevent a Tory wipe-out at the next election.”

Tobias Ellwood, the Conservative chair of the Commons defence committee who had the whip removed for missing Monday’s confidence vote, told Sky News this morning that his party risked “a long spell in opposition” because of the infighting taking place. He said:

The nation wants to be impressed and inspired, not demoralised, by what they’re witnessing right now. And we need to perhaps exhibit greater decorum, dial the temperature down a bit, showcase the ideas, the vision, focus on those things that are important, that the nation wants to see.

That’s what will earn us the right to stay in government otherwise, we’re just going to be letting ourselves down and indeed committing ourselves to probably a long spell in opposition.

Ellwood missed the vote because he could not return in time from a visit to Moldova. He said that he was sorry he could not get to the Commons in time, and that he kept the whips’ office informed of his situation. “There were a problems with travel,” he said. “I am very sorry I didn’t make it back.”

The removal of the whip means Ellwood can no longer vote in the parliamentary ballot for the Tory leadership, and Ellwood refused to comment on speculation that he was penalised because he is backing Penny Mordaunt, not the de facto No 10 candidate, Liz Truss. Explaining why he did not want to comment, he said:

I’d be then fuelling the blue-on-blue [attacks], which I’m actually trying to avoid.

Let’s focus on how we can move forward and make sure that we conclude this leadership campaign to the highest professional standard that I think the British people want to see.

Good morning. Boris Johnson will take PMQs for the last time as prime minister at 12pm, and an hour later Conservative MPs will start voting in what should be the last parliamentary leadership ballot. At 4pm we should know who the two candidates will be on the ballot for party members. Rishi Sunak, the former chancellor, is almost certain to be on it, and Liz Truss, the foreign secretary, is likely to be there too, but Penny Mordaunt, the international trade secretary, has been in second place in all four previous ballots and she has a chance too.

All three candidates are making last-minute appeals to Tory MPs.

I am committed to net zero by 2050, but that can’t mean neglecting our energy security. So although the legal target for energy sovereignty will be 2045 and I will work night and day to ensure we beat that target, securing a safer future for the next generation.

Wind energy will be an important part of our strategy, but I want to reassure communities that as prime minister I would scrap plans to relax the ban on onshore wind in England, instead focusing on building more turbines offshore.

David Cameron’s government stopped the creation of new onshore windfarms in England by excluding them from subsidies available for other forms of renewable energy and tightening the planning laws, making it easier for communities to block developments. Johnson’s government has floated the prospect of lifting these restrictions. Although onshore wind is a cheap form of renewable energy, the turbines are particularly unpopular with activists in Tory constituencies.

As prime minister, I would unite the party and lead a government of all the talents that includes the best and brightest from across the Conservatives. The quality of candidates that have taken part in this leadership race reflects how healthy our party is and how alive with ideas it remains.

This implies MPs from all wings of the party could be included in her government. Truss’s supporters are also been reviving suggestions that Mordaunt is not experienced enough to be PM. Simon Clarke, a Truss supporter and chief secretary to the Treasury, said one reason why he was supporting Truss was that she was ready for the job “on day one”.

Today is about continuity vs change for the Conservative party. Penny’s been speaking with colleagues already this morning and so many of Tom and Kemi’s backers are calling out for change. As the only one not in Johnson’s cabinet, Penny is the sole MP left in the race who offers a genuine fresh start. Not every candidate would win an election, but time and time again the polls show that Penny is the candidate Labour fear the most.

MPs have a choice today – the same old or a new start for the Conservative party. Their colleagues, party members, and voters across the country are crying out for something new but only Penny Mordaunt can deliver that.

Here is the agenda for the day.

10am: Tom Tugendhat, the former Tory leadership candidate, hosts an LBC phone-in, standing in for James O’Brien, who is on holiday.

1pm: Conservative MPs start voting in the fifth parliamentary ballot for the party leadership. And it should be the final one, unless there is a draw, in which case a further ballot would take place. The ballot closes at 3pm.

4pm: Sir Graham Brady, the chair of the 1922 Committee, announces the results of the ballot – which should produce the names of the two candidates who will be on the final ballot for party members.

I try to monitor the comments below the line (BTL) but it is impossible to read them all. If you have a direct question, do include “Andrew” in it somewhere and I’m more likely to find it. I do try to answer questions, and if they are of general interest, I will post the question and reply above the line (ATL), although I can’t promise to do this for everyone.

If you want to attract my attention quickly, it is probably better to use Twitter. I’m on @AndrewSparrow.

Alternatively, you can email me at andrew.sparrow@theguardian.com 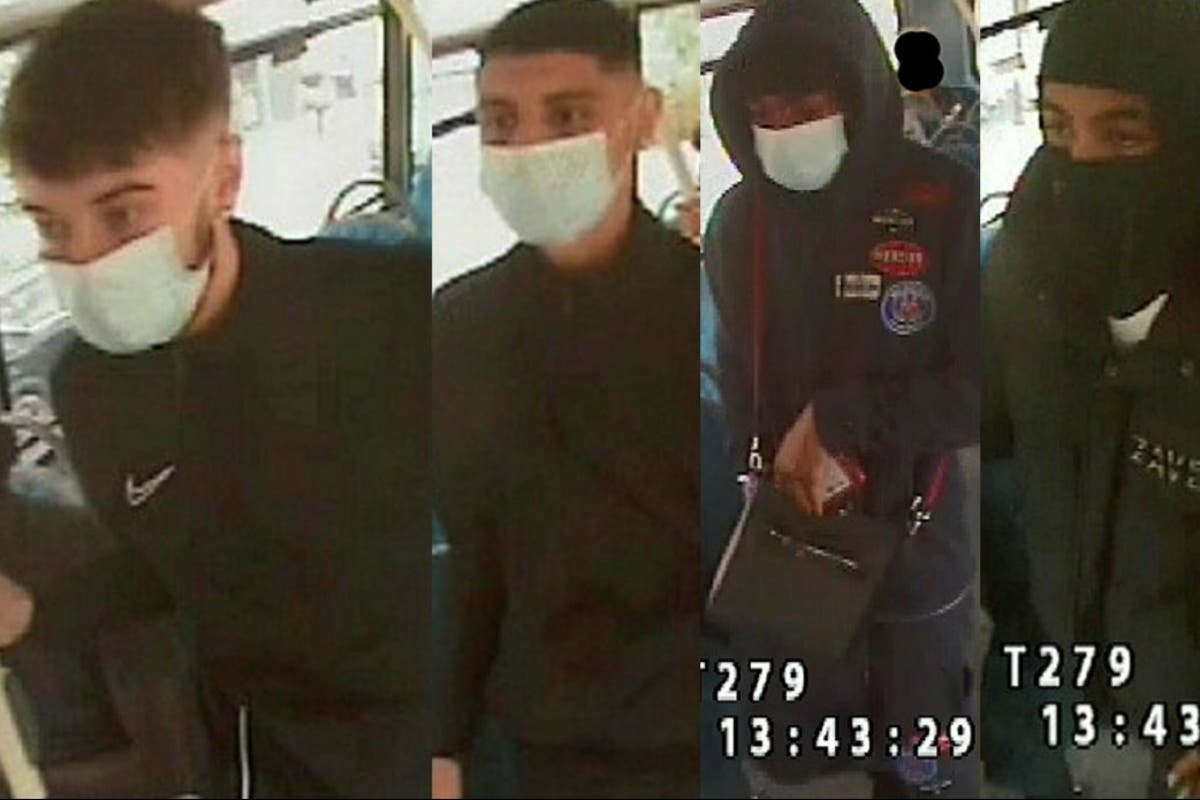 P olice are searching for four men after a phone robbery on a bus in Bromley. Two teenage boys were{...}

The renowned rock and roll band Showaddywaddy is appealing for the return of a case of merchandise after it fell{...}