The trustee for $170 million of bonds sold by five Chicago-area affordable housing projects that landed in bankruptcy is closing the books on the deals after a securities law firm failed to muster sufficient interest among original investors to finance litigation.

Trustee UMB NA made final payouts to current holders from the sale of the Ohio-based Better Housing Foundation portfolios last year but put off canceling the bonds to facilitate discussions between securities lawyers and original holders about the pursuit of claims for securities law violations.

While outside the purview of its responsibilities as bond trustee, UMB had sought to help investors recoup their steep losses by bringing in Davis & Ceriani PC to advise holders on whether they had a claims case against key players in the bond issues.

“The bonds were not cancelled at the time of the final distribution in order to facilitate communication with the holders. Subsequent attempts to gather a group of holders to bring suit did not result in a sufficient number of investors to bring an action on potential securities claim,” UMB writes in recent notices published on the Municipal Securities Rulemaking Board’s EMMA website.

“Accordingly, the trust estate has been fully administered and there is no further reason to keep the Trust Estate open,” the notice reads. “The trustee anticipates that the bonds will be null, void and worthless and ineligible for future distributions through the trustee. Accordingly, this is intended to be the final communication of the trustee on account of the bonds.”

Once the bonds are canceled, communications and notifications among prior holders becomes more difficult. UMB took over as trustee role from Wilmington Trust NA in some cases at the behest of bondholders.

One civil case filed by a single holder of the Ernst portfolio against the bond underwriter Stifel Financial Corp. alleging negligence is pending in Missouri courts. The Ernst notice makes note of it.

“The trustee has been made aware of a claim filed in state court in Missouri by one of the bondholders (Case No. 20SL-CC01077 pending in the Circuit Court of St. Louis County, Twentieth Judicial Circuit of Missouri). The trustee case was filed by Joseph Kronawitter on behalf of Troy Bank and Trust Company.  The trustee does not have additional information on this matter,” the notice reads.

The pending lawsuit accuses Stifel of negligence for allegedly failing to conduct proper due diligence leading to an offering with material misrepresentations and facts omitted in violation of state and federal securities law.

The not-for-profit BHF Foundation issued nearly $170 million of mostly investment grade bonds through the Illinois Finance Authority between 2016 and 2018 to acquire three Chicago housing portfolios and two suburban portfolios. All were in default by 2019.

Bankruptcy filings disclosed that the deals had drawn the scrutiny of the Securities and Exchange Commission and during calls hosted by the trustee investors raised the specter of securities fraud. The city of Chicago Law Department confirmed at the time that it discussed the fiasco with the Illinois Attorney General’s office.

All five of the portfolios entered bankruptcy over the course of 2020 to clear the decks for property auctions free of debt. All suffered haircuts at varying levels based on each portfolio’s condition, other secured debts that had piled up, and competition for the properties at auction.

Many of the series of bonds were originally sold with triple-B to single-A ratings from S&P Global Ratings.

Bond proceeds financed the acquisition and some rehabilitation costs for dozens of apartment buildings with about 2,000 units across the five portfolios.

The Chicago-based portfolios stumbled out of the gate with reports of code violations, dwindling occupancy, and the loss of Chicago Housing Authority voucher payments. Many remained uninhabitable and Chicago eventually stepped in and sought housing court receivers.

A source following the debacle said the securities law firm in discussions with original bondholders had believed holders had a case and could prove that they were defrauded over the portfolios’ value. While there was interest among some holders none appeared willing to foot the legal bill to pursue a case.

Soon after, the trustee learned and disclosed previously undisclosed city housing violations and the poor condition of properties that led to city sanctions and the loss of federal housing vouchers, covenant and eventual payment defaults. A 2019 trustee notice offered holders the first glimpse of how deep the problems ran.

“The bonds went into default because of fiscal irresponsibility and lack of financial acumen by BHF and Integrus [property manager], which Stifel knew about, or reasonably should have known about after reasonable investigation and before selling the bonds to plaintiffs and the series A bondholders,” the lawsuit charges.

The lawsuit also lays out the connections between the BHF’s original operators and the management companies that allowed them to allegedly reap financial profits from the transactions as well as problems that led to Ohio-based BHF losing its tax-exempt status, the lawsuit says.

Stifel denies the accusations and argues for dismissal of the case arguing it comes past a two-year statute of limitations on the discovery of the facts alleged in the lawsuit and that Troy is a sophisticated investor knowledgeable of the risks with such deals.

“Plaintiff’s claims are barred because Stifel acted at all times with reasonable care in accordance with industry standards in underwriting and selling the bonds at issue. Stifel underwrote the Ernst municipal bond issuance with the utmost prudence and care using Standard & Poor’s stringent rating criteria,” Stifel’s response filing says.

The Chicago-based Shoreline, Icarus, and Ernst portfolios defaulted in June 2019. The suburban Windy City and Blue Station portfolios were in better shape with healthy occupancy rates but they too were dragged into BHF’s financial struggles as the borrower lost its tax-exempt status so was required to pay some taxes. The first defaults on the suburban properties occurred in December 2019.

The brewing Chicago problems were detailed in an August 2018 Chicago Tribune report highlighting the poor condition of the foundation’s buildings and reporting that little was accomplished by the bond transactions other than generating millions of dollars in fees paid to people associated with the foundation and its real estate and debt transactions.

All five portfolios entered Chapter 11 under section 363 of the code that allows for the sale of assets free and clear of liens, claims and interests. Judge Jack B. Schmetterer, who presides in the Northern District’s Eastern Division in Chicago, oversaw the cases.

Shoreline
BHF borrowed $13.6 million for the Shoreline portfolio. The final bond claim was set at $14.8 million and the trustee made a final distribution of $881,000 earlier this year.

Lindran Properties LLC, an affiliate of BHF that served as owner of the Shoreline portfolio, filed Chapter 11 in January 2020 after reaching agreement with stalking horse bidder PRE Holdings 14 LLC, which offered $3.9 million for the 13 buildings with 260 units. No other bidders stepped forward.

Icarus
BHF borrowed $51.8 million for the Icarus portfolio in Chicago of 45 buildings with 545 units. The final bond claim was set at $56.7 million. After payment of the trustee expenses, $8.16 million was distributed in March for senior bonds with no payment for subordinate bonds and no remaining funds available for further distribution.

Icarus filed for Chapter 11 in June 2020. At an October 2020 auction the portfolio received a high bid of $18.6 million from Longwood Development Corp. and Atlas Asset Management Services Corp.

Ernst
BHF borrowed $19 million for the Ernst portfolio that includes 17 buildings with 182 units in Chicago. The final bond claim was set at $20.6 million and a distribution of $5.3 million was made in March. No subordinate bonds were paid and there are no additional funds for further distributions.

BHF reached a sale agreement with PRE Holdings 15 LLC to serve as a stalking horse with a $4.5 million bid and Chapter 11 was filed in September 2020. At the Nov. 5, 2020 auction, five bids were received with the top one for $8.75 million submitted by BHF Acquisition LLC.

The various entities filed Chapter 11 in October 2020. BHF reported a stalking horse bid of $39 million from ACG Iowa Acquisitions LLC. At a Dec. 4 auction, a top bid of $42 million came from the firm Second City.

Blue Station
BHF sold $25 million of bonds for the 345-unit Blue Station portfolio in south suburban Blue Island. A final bond claim was set in court at $26.3 million including $23 million owed on senior bonds. A first distribution of $13.1 million was made to senior holders and $218,528 to subordinate holders in June and a second and final distribution of $641,246 was made.

BHF struck a sale agreement Nov. 19, 2020 with Kinzie Assets LLC that paved the way for a Chapter 11 bankruptcy filing in December. Kinzie had offered $15.1 million and served as a stalking horse bidder. The sale generated net proceeds of $12.55 million and an additional $665,000 of funds were held by BHF. 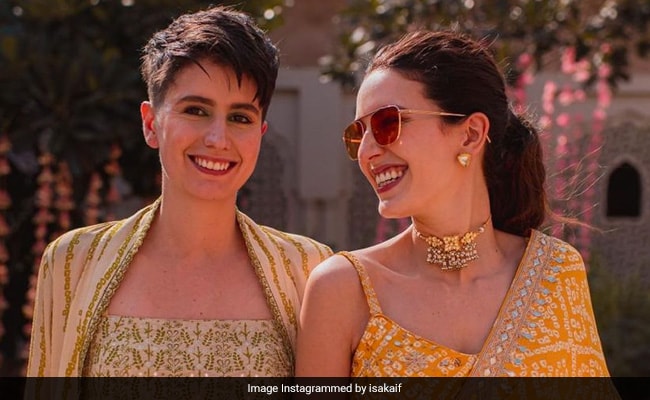 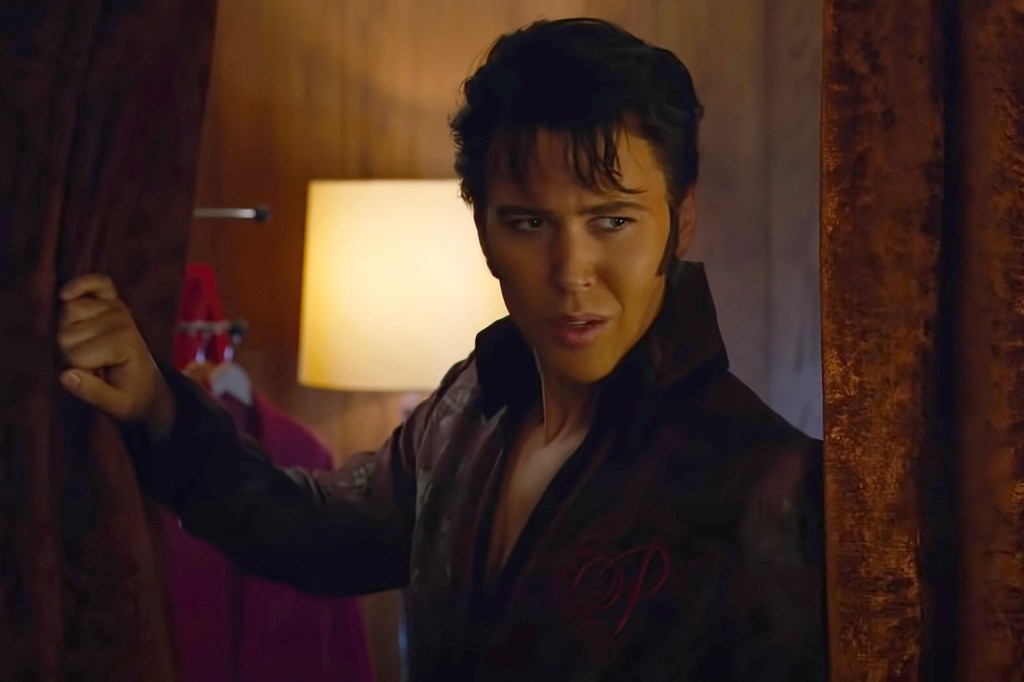 ENTERTAINMENT
Baz Luhrmann has a 4-hour version of ‘Elvis’