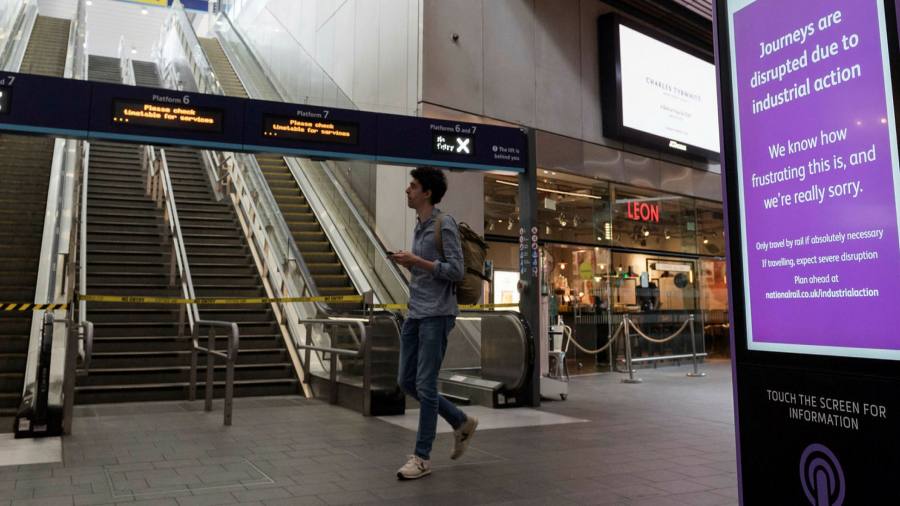 UK rail travellers face more disruption after drivers at eight train companies voted on Monday to strike in a dispute over pay, clearing the way for the first national drivers’ strike in a generation this summer.

Aslef, the train drivers’ union, said drivers had voted “overwhelmingly” for industrial action and blamed the government for refusing to allow companies in the partly nationalised industry to offer pay rises in line with inflation.

Staff at three other companies have already voted for industrial action and ballots are still out at a further three, increasing the likelihood of what would in effect be the first national train drivers’ strike since 1995.

Mick Whelan, general secretary of Aslef, last week told the Financial Times that such a strike would cause “massive” disruption.

There are limited contingency plans to replace striking drivers, with two industry executives predicting the network would run less than 10 per cent of normal services if drivers walked out.

The Aslef ballot results also make co-ordinated strike action from three unions that would cripple railways this summer more likely, following last month’s strike by the RMT, which brought rail travel to a near standstill.

The RMT has warned of a fresh wave of strikes if negotiations with the industry, which restarted on Monday, failed.

Staff in stations and ticket offices, who belong to the TSSA union, have voted to strike at five train operating companies, with further ballots still out.

Whelan on Monday said industrial action could still be averted, but called on the government, which sets the industry’s budgets, to empower train companies to offer bigger pay rises.

“We’re happy to talk to anyone to do a deal and make sure Britain’s railways aren’t disrupted. The government is restricting what the operators can offer, but then refusing to get involved in negotiation. They seem to have no interest in finding a resolution,” he said.

The government said it was “disappointing” that Aslef was seeking to heap “further misery” on passengers and claimed the union had “not committed to serious dialogue”.

It said train drivers earn a median yearly salary of £60,000 and that with Britain’s railways in need of modernisation, union bosses should reconsider their plans.

Whelan last week said his members had been offered pay rises of about 2 per cent plus money saved from productivity gains, which he contrasted with inflation, which is forecast to hit 11 per cent this year.

But in a sign of the sort of pay rises needed to avoid industrial action, Aslef drivers on Monday voted to accept a 5 per cent pay rise from ScotRail. Phillip Tracy Phillip Tracy, a senior reporter at Gizmodo, is leaving the tech news site. He is becoming a senior{...}

Motorcycles are one of the best modes of transportation. Unlike cars, they don’t consume too much gas. Therefore, you can{...}