EVERYONE at the NorthPort camp is excited about this Philippine Basketball Association (PBA) Philippine Cup campaign.

Coach Pido Jarencio and star Robert Bolick both cited the great rapport and team chemistry that has so far led the Batang Pier to a roaring 2-0 start in the Season 47 opening meet and a share of top spot with San Miguel Beer.

The Batang Pier seek to keep this fine connection and dream start going on Wednesday as they eye solo leadership against struggling Magnolia (0-2) in the 3 p.m. curtain-raiser at the MOA Arena. 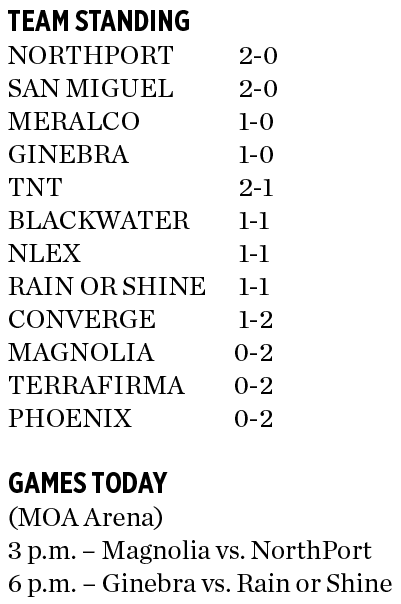 It’s been shaky for the Hotshots in the young All-Filipino hoopfest. They yielded a 78-72 loss to defending champion TnT on opening day then fell to Converge, 89-82, in a game where they went scoreless in the last two minutes of regulation and the entire overtime period.

Part of Magnolia’s woes came from health issues as Paul Lee was sidelined by leg injury against Converge and Mark Barroca sat out that match’s second half due to calf strain. The duo may be doubtful still for the NorthPort duel.

The Gin Kings came out victorious against Blackwater, 85-82, in a maiden appearance where they relied on their end game experience to complete a fightback from 10 points down.

Coach Tim Cone said his troops have a lot of catching up to do fitness-wise following their championship run.

“It’s really an issue when it comes to shape. You can’t do a lot of things you do to win basketballs, you can’t sustain your energy and sustain your defense when you’re tired,” said Mr. Cone, who achieved a milestone on Sunday when he coached his 1,700th game.

“That happened to us, especially in the third quarter. We kinda hit a wall and we’re very, very tired. So we’ve got to figure out a way in the next week or two to get back in tip-top shape ‘coz we’re not yet anywhere near,” he added.

Mr. Lastimosa replaced Gabby Cui, who served for three-and-a-half years, and his likely first order of business is to get Fil-Am Mikey Williams to agree to sign after a dragging renegotiation of contract. — Olmin Leyba 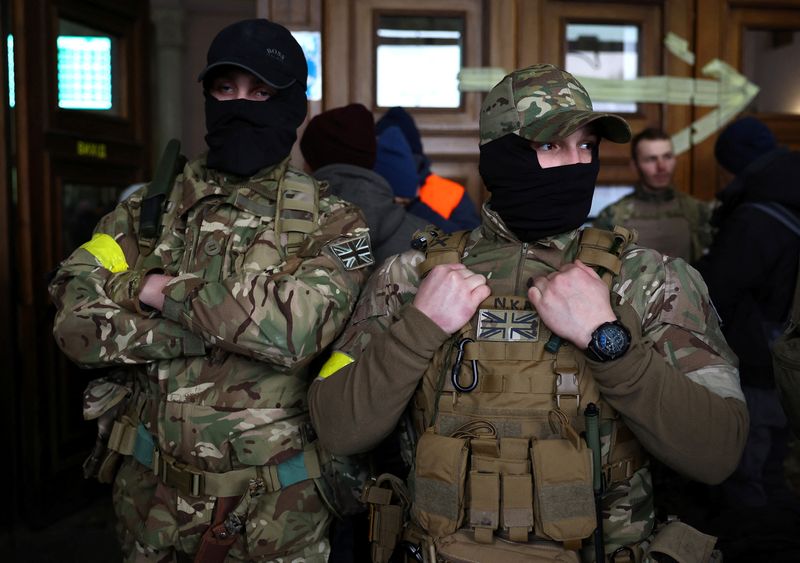 Business News
For foreign fighters, Ukraine offers purpose, camaraderie and a cause By Reuters