This article is part of a limited series exploring the history, current policies, and initiatives to create equitable transit-oriented development in the region. The complete series is available here.

The late 1990s and early 2000s marked an era of dramatic changes in the region as demand to live in the District and other urbanized neighborhoods began to skyrocket, after decades of decline.

Money, people, and jobs were moving back into the District and the region. And at the same time, the idea of living in a transit-oriented development (TOD) was becoming more and more popular with a new generation of residents. (For more background on TOD, read the first article in this series).

But there is a cost to all things, and the city’s growth and prosperity have not been shared all around. In the process of becoming a place where high-income earners wanted to live, evidence suggests many people, low- and moderate-income Black and brown households, in particular, were either displaced or experienced financial hardships that put them at greater social and economic disadvantages.

“There is a real equity issue,” said Christopher Zimmerman, Smart Growth America’s vice president for economic development and director of the Governors’ Institute on Community Design. But the equity issue isn’t caused by TOD, he insists. “What we have is a really inequitable income distribution and system of wealth and income in the country and that plays out in the market.”

TOD indeed didn’t invent inequity in America, but neither has TOD historically done much to solve it. Today, with unaffordability and displacement in many cities at a crisis level, policymakers and activists are wondering how to ensure the benefits of TOD are more equitably distributed.

Redlining and racial covenants in the mid-twentieth century segregated Black residents to specific neighborhoods in the District. Jobs for many of the region’s workforce had filtered outside the Beltway as well.

A silver lining for many was the boom in Black political leaders who secured autonomy (relatively speaking) to run the city. Thanks to the District of Columbia Home Rule Act of 1973, the city got its chance with a newly appointed Mayor and DC Council now calling the shots in DC.

According to a Brookings report, the District was self-sustaining for years throughout the 1980s. But by the late 1990s, a lingering recession and mismanaged governance all but broke the city. DC was running at a deficit of $722 million and hemorrhaging residents who fled to the surrounding suburbs.

So much so that the federal government interceded on the District’s behalf. Thus, the US Congress enacted DC’s Revitalization Act of 1997 to help right the District’s financial ship.

When Mayor Anthony Williams came into power in 1999, he was laser-focused on bringing the city back to its former glory by building back trust, stability, and reliability within government. Williams has been credited by some as bringing major real estate investments back into the District.

In a 2017 Washington Post article he said: “I thought the A-number one thing to do was to create a climate where people were willing to reinvest in D.C. Once you create a flow of investment, you start solving financial problems. But first you have to improve the operation of the place, and then you can start creating a cycle of prosperity.”

The District’s transformation into an in-demand city had ripple effects on many different types of growth in the region, including transit-oriented development.

A movement toward walkable communities

As DC was trying to dig itself out of its financial crater and return the much-needed tax base into its city, many planners and smart growth organizations in the 1990s envisioned a new plan for the region.

Stewart Schwartz, executive director of the Coalition for Smarter Growth (CSG), said organizations were issuing reports “where the vision was a network of walkable, inclusive transit-oriented communities around the region.”

“You didn’t use the word inclusive back then,” Schwartz added. “It was mixed-income, mixed-use walkable, transit-oriented communities, primarily around Metro.”

Advocates were also looking at buses, rapid transit, and light rail (though the Purple Line was just a concept back then) as the fastest ways to grow, Schwartz added. “We had huge fights then against the business community in particular, as well as local governments who didn’t believe in it… except for Arlington and DC.”

But many organizations, advocates, and eventually the federal government were making the connection between land use, sprawl mitigation, and walkable neighborhoods. Plus a new generation of residents were looking for better ways to get around.

“It started becoming obvious that ‘oh, young people actually are not so nuts about their cars as the older generations were,” Zimmerman said. “And a lot of people are not as crazy about all that driving when it’s mostly sitting in highway traffic, not doing anything else they’d rather be doing. And now there’s actually interest in going back into cities.”

High-income earners eventually started returning to the city, and so did the jobs, according to a DC Policy Center study. Growth in DC, according to the DC Policy Center, was driven by young people between the ages of 25-35 in the early 2000s. Areas like Fairfax, Montgomery, and Prince George’s also experienced huge spikes in population growth. And TOD sprouted up in places throughout the District as more and more people wanted to be able to walk to their destinations.

Buyer demand in the District helped to buoy transit-oriented development in places like NoMa and Navy Yard.

The NoMA Business District touts itself as “the neighborhood transit built,” and with good reason. The area has shown years of economic growth centered around transit-oriented development with jobs, housing, and entertainment all wrapped around the Metro station, and mostly having happened as a direct result of the station’s construction.

A region divided and reconnected through an equity lens

As more people saw the value of living in TOD, and demand for such housing outpaced available supply, questions began to increase about racial and economic injustices in access to such developments.

“There’s no question that the high demand for walkable urban places, which include places that are transit-oriented, is contributing to pushing people out,” said Zimmerman.

Between 2000 and 2013, about 40 percent of the city’s lower-income neighborhoods experienced gentrification, according to a 2019 study by the National Community Reinvestment Coalition. In the report, NCRC recognized that the term gentrification is both complicated and complex. The study says:”While gentrification increases the value of properties in areas that suffered from prolonged disinvestment, it also results in rising rents, home and property values. As these rising costs reduce the supply of affordable housing, existing residents, who are often black or Hispanic, are displaced.”

Black residents were the most impacted as more than 20,000 of them were displaced from their neighborhoods, according to the report. Meanwhile, not only were residents living East of the Anacostia River not seeing much TOD, they were also dealing with disproportionate social and economic issues. A Brookings report (of which CSG consulted) called “A Region Divided” states that while DC was experiencing robust economic growth in some parts of the city, many communities East of the River were feeling the brunt of unemployment, lack of investment, and poverty. As a result, there was “an uneven set of opportunities for families and businesses” across the city.

Elsewhere in the region, advocates like Cheryl Cort, CSG’s policy director in DC and Maryland, pushed for more TOD in parts of Maryland like New Carrollton and College Park, such as ensuring that Prince George’s Medical Center was located at the Largo Metro station.

The region is in a unique position in some ways regarding transit-oriented development. While some other cities have worked more recently to expand transit, Cort says “DC has had a major subway system since the 1970s. So we had a very interestingly different scenario.”

Still, questions remain about how to build TOD and do it equitably.

“We need policies that make it possible for people of low and moderate-income, and the most marginalized, to live, or in many cases continue living, in communities as they become more valuable,” Zimmerman said.

But what do those policies look like? Do they need to come from the local, state, or federal government? What role has WMATA played in laying the foundation for more equitable transit-oriented development, especially after the agency recently laid out a 10-year strategic plan for TOD in the region?

What lessons can we glean from our past and present to help ensure that ETOD works for all of the region’s residents?

Our next article looks at Arlington, one of the pioneers in TOD, and how its success has complicated and informed the work to achieve equitable transit-oriented development.

This article is part of a limited series exploring equitable transit-oriented development, made possible with a grant from Amazon. Greater Greater Washington’s editorial department maintains editorial control and independence in accordance with our editorial policy. Our journalists follow the ethics guidelines of the Society of Professional Journalists. 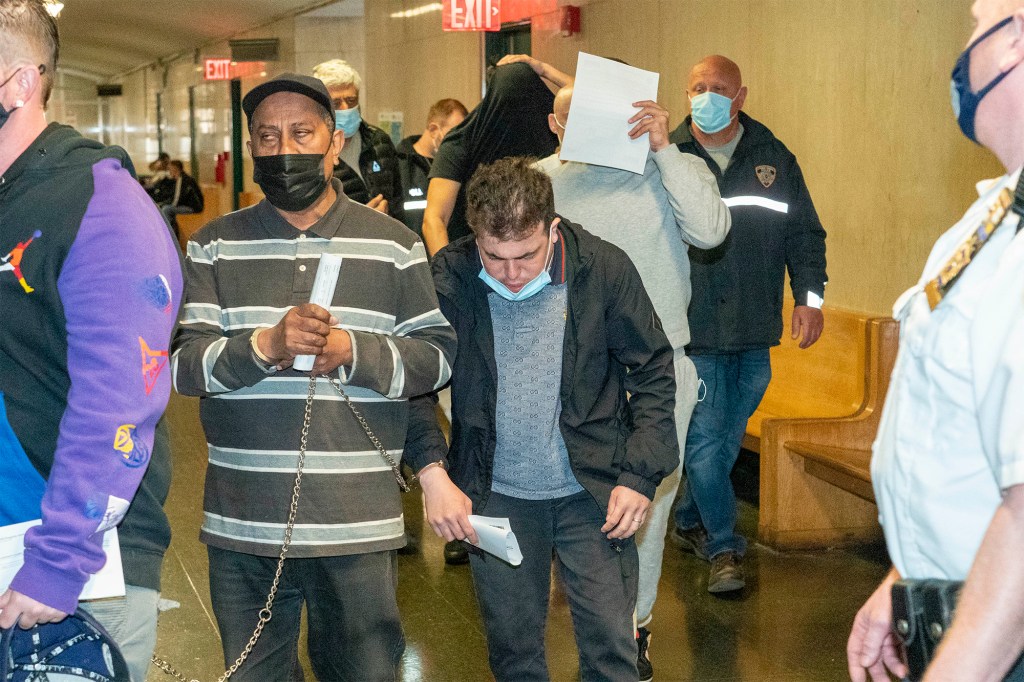 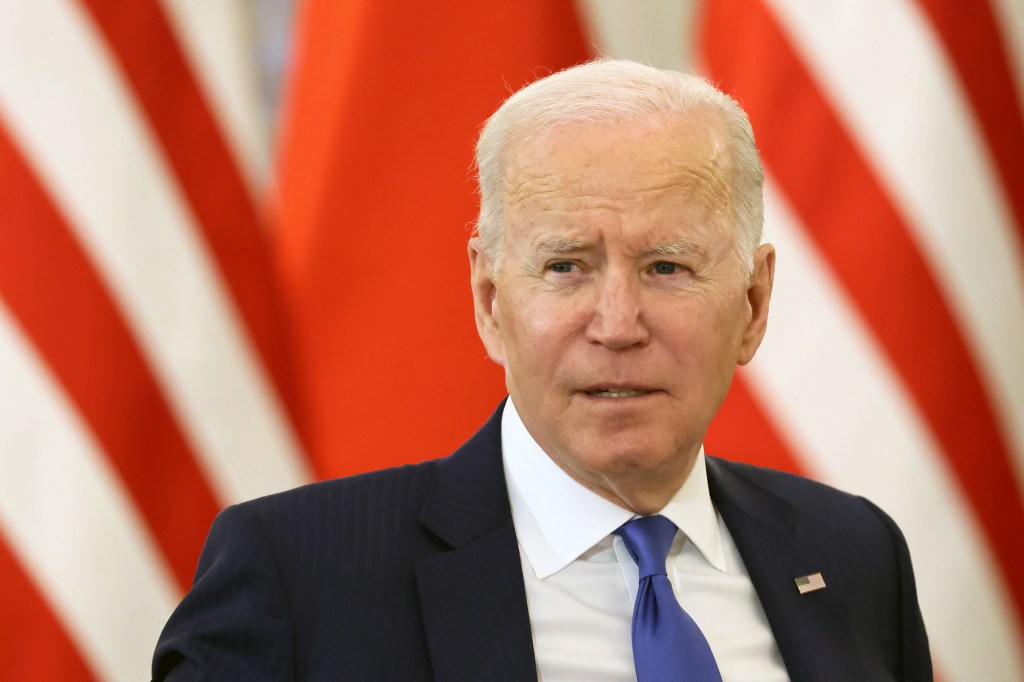