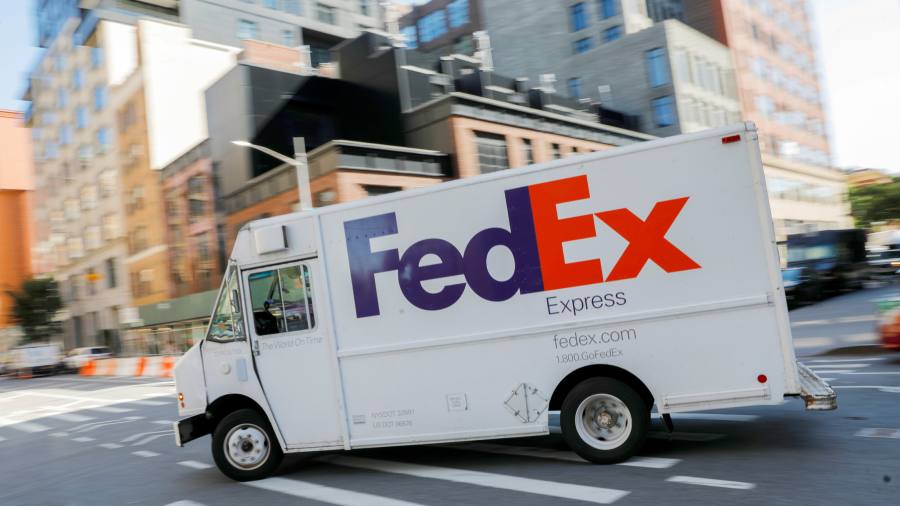 Wall Street stocks recorded the biggest weekly drop in months after a profit warning from economic bellwether FedEx jolted investors who are already on edge over a looming interest rate rise by the US Federal Reserve at its upcoming meeting.

The blue-chip S&P 500 index fell 0.7 per cent on Friday, bringing weekly losses to 4.8 per cent, the worst performance since mid-June. The tech-focused Nasdaq Composite fell 0.9 per cent on the day for a 5.4 per cent weekly drop, also its worst week since June.

Stocks have been on the back foot since data published on Tuesday showed US consumer prices rose unexpectedly in August, in spite of a fall in petrol prices. The increase in the inflation rate triggered a dramatic sell-off as traders fretted that the Fed may begin to more forcefully raise rates to tame prices when it meets next week.

The Bank of England and Bank of Japan are also due to make monetary policy decisions next week, which could inject further volatility into markets.

Friday’s stock market moves came as shares in FedEx fell 21 per cent, a record one-day drop. This followed the group’s disclosure late on Thursday that it would close offices, freeze hiring and park aircraft in response to a decline in package shipping volumes.

The US company, regarded as a rough proxy for the economy because of its central role in global commerce, released preliminary quarterly financial results that missed ’ forecasts and withdrew its fiscal year guidance as it warned of deteriorating “macroeconomic trends” in the US and abroad.

The challenges for stock markets are a sign of how “the underlying conditions have deteriorated quite sharply over the last couple of months”, said Roger Lee, head of UK equity strategy at Investec. “In the first half, companies were able to get price rises through and pass on to customers. We may be getting to the point where that’s getting more difficult”.

With attention turning their attention to the Fed’s policy decision on September 21, trading in federal-funds futures on Friday suggested that markets now expect the US central bank to boost its main interest rate to 4.4 per cent by March. That is up from forecasts of about 4 per cent at the start of this week.

The benchmark rate, near zero at the beginning of 2022, is now in the range of 2.25 to 2.5 per cent. Higher borrowing costs typically weigh on economic growth and some economists expect the Fed may struggle to avoid tipping the world’s biggest economy into recession.

In addition to the inflation data published on Tuesday, weekly jobless claims data on Thursday highlighted the persistent strength of the US labour market, prompting further concern.

“No matter which one the Fed goes with, this week’s takeaway is clear — there is more work to be done and expectations . . . should be adjusted accordingly,” wrote John Briggs, global head of economics at NatWest.

In currencies, the dollar gained against the pound and was slightly weaker against the euro.

Analysts and investors are struggling to call a bottom in crypto stocks in the wake of a brutal month that{...}

Thanks to the continuous abundance of technological innovations, modern society has had plenty of opportunities to run businesses in the{...}