Hands on Logitech has launched a pleasing yet barkingly mad mouse called Lift, the latest in the company’s line of ergonomic input devices.

The Lift is a shrunken version of the MX Vertical mouse, replete with the 57 ° vertical angle of its bigger brother except aimed at those with smaller hands.

We were given left and right-handed versions to play with, and there is no doubt it’s unusual looking. However, much like the MX Vertical, the Lift’s angle is all about the ergonomics, and designed for a better wrist posture.

Not your writer’s hand (credit: Logitech)

In our time with the mouse we’d have to say that a bit of relearning is required but, having grown accustomed to it, it did prove comfortable for this writer’s stubby digits.

As well it should – Logitech has set a $ 69.99 suggested retail price for the device, which comes in graphite, off-white, and rose colors.

The graphite version is made with 70 percent recycled plastic while the rose and off-white use 54 percent, Logitech said. The box and paper packaging are also recyclable.

We wondered if the appearance might make the mouse a bit niche. Logitech’s response was: “A lot of ergonomic devices are stigmatized because they look like medical devices. Logitech is a design company, and a big focus is making sure ergonomic devices look inviting and desirable, so uptake is boosted.”

We’re not so sure – despite the curves, it might not be immediately obvious to users that this is indeed a mouse. That said, Logitech pointed out that “ergonomic devices are now being highly demanded in enterprises” as workplaces look to improve employee conditions.

In use, the mouse fulfills the role of optical mouse with aplomb. We can not imagine gamers switching out their preferred tool for one of these, but as an alternative to the traditional form factor or the trackball, it works well and is positively festooned with buttons. It also has a USB adapter concealed near the battery beneath a magnetically closed cover. Bluetooth is supported and the replaceable battery should last for two years, according to Logitech (this is not a rechargeable device). 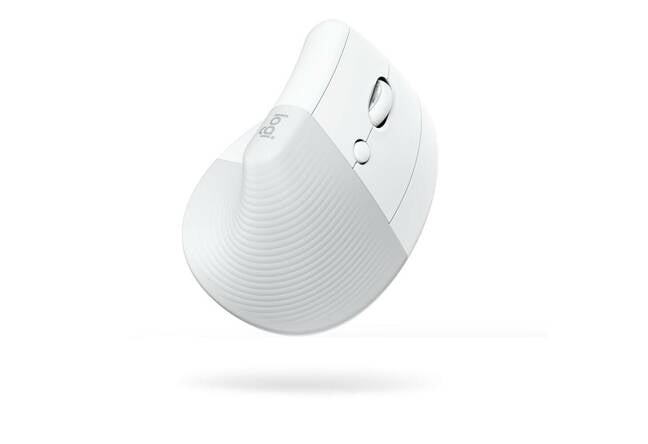 We only tried it with a Windows 10 PC, although macOS, Linux, Chrome OS, iPadOS, and Android are supported. In our testing it connected with zero fuss as one would expect nowadays. It is also very quiet in use – the trackwheel is nearly silent, as are the frequently used left and right mouse button, mounted on the side for use in that all-important 57 ° position.

Overall we came away impressed with Logitech’s latest foray into ergonomic design. The plastics feel of a decent quality and once one has become accustomed to the device (it took this writer about an hour) going back to a traditional mouse feels equally odd. The price, however, could well put some off. Microsoft’s ergonomic mouse, for example, will set you back $ 49.99 ($ ​​28 during the sale at time of writing). Then again, Logitech’s larger MX Vertical has a current suggested retail price of $ 99.99 (although it is rechargeable).

The Lift, being noticeably smaller, feels like a better option. If an enterprise is considering equipping workers with input devices and the budget allows, then it’s certainly worth considering. So long as one can get over the vague oddness of its appearance. ®