The Staten Island New York Rangers fan who cold-cocked a rival sports lover at Madison Square Garden was looking for a fight, one of his victims told The Post.

The 37-year-old Upper East Side man disputed claims made by James Anastasio’s lawyer Saturday that the Rangers fan had been threatened before the caught-on-video sucker punch.

The victim, who says he suffered a fractured jaw and finger after trying to intervene in the incident, said he was walking near Anastasio and another man — also captured on the video with a shirt tucked in his pants pocket — as they all exited the Garden after the Rangers lost Thursday’s playoff game to the Tampa Bay Lightning.

“The both of them almost fought somebody, you know, a few floors up as I was getting out of the luxury suite,” the victim said. “That’s where I entered into the same area as them and they were starting with anybody with the Lightning jersey on well before that incident went down.”

He said the man seen walking in the video just ahead of 29-year-old Anastasio was an “instigator.”

“They absolutely were looking to fight somebody and the Lightning fan that was hit [on the footage] was just the person that was there at the time. He did nothing wrong” the victim said of the man who was knocked out, adding that person had also been hit in the back with a beer can.

“What you saw on the video is exactly how they acted for five straight minutes up until that point,” he said. “From me seeing them, I’m sure they were wild the whole time. This was something in my mind that was premeditated.”

The victim called “laughable” and false, claims by Anastasio’s lawyer, Jason Goldman, that his client was “immensely outnumbered and ultimately threatened by a group of highly intoxicated individuals.”

“We believe that [Madison Square] Garden surveillance will confirm the events immediately prior to the short, viral clip captured on cellphone camera,” Goldman told The Post on Saturday. “James repeatedly tried to defuse and deescalate the situation.”

Goldman would not detail the threats Anastasio apparently endured or respond to the victim’s account.

Anastasio was freed on supervised release at his arraignment and has been banned from The Garden for life.

Reached by The Post on Saturday, Anastasio said only, “I’m good. I’m good,” before referring comment to his lawyer.

Anastasio’s landlord, Glenn Vanboven, 78, described his tenant Saturday as a “mellow fellow” who “doesn’t have a temper,” adding, “Somebody must have pissed him off.”

Anastasio’s dad, James Sr., said his son told him “he didn’t know what happened. Maybe you should call the other guy and ask him that. What do you think about that?  Maybe you should ask him what he said to provoke somebody to do that?”

“I am sorry about the incident last night. Please let me know if the Lightning organization can do anything for you. Go Bolts.”

The knockout victim tweeted in response that he was a longtime Tampa fan and his “grandma and aunt are season ticket holders for the Lightning as well. Only thing I would ask is to kick those rangers butts in game 6!”

The CEO responded, “Hell yeah!!! Please send me your address — I will send you a bunch of playoff swag! What is your size? Go Bolts!” 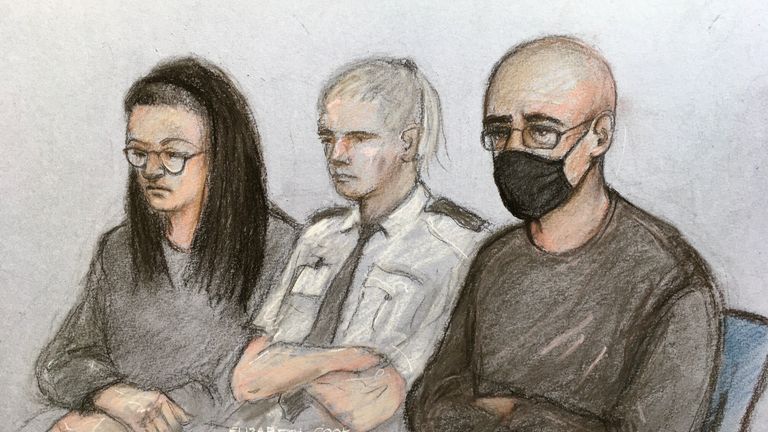