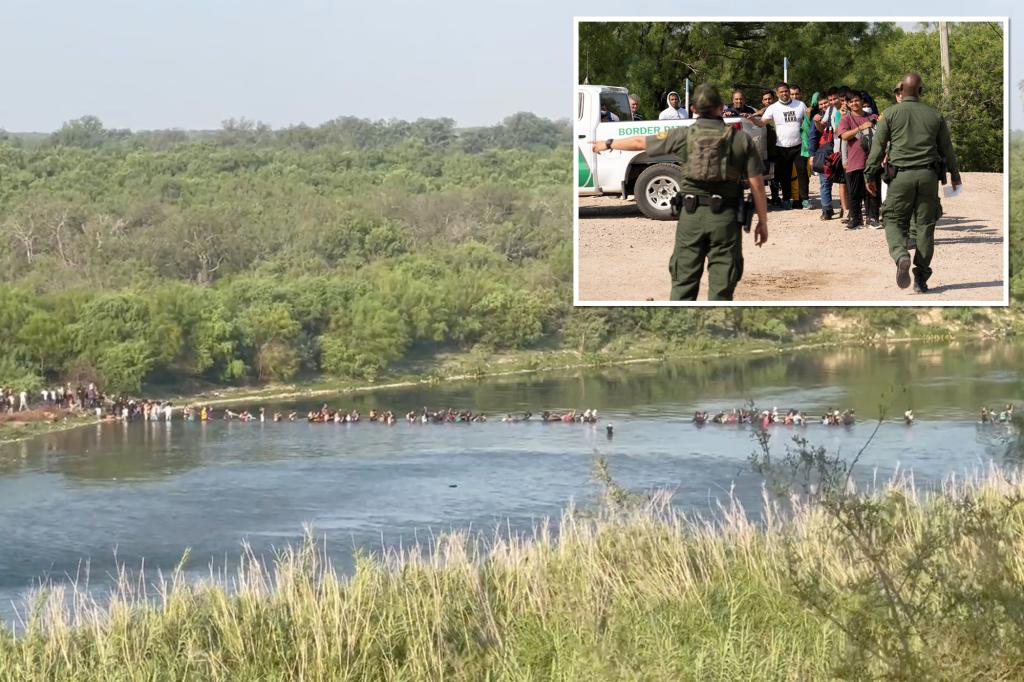 Stunning video shows hundreds of migrants illegally crossing the Rio Grande into Texas, as the Biden administration prepares to release the number of encounters recorded in June later this week.

The videos, shared by Fox News reporter Bill Melugin, show a line of migrants wading into the river — some carrying children and belongings on their shoulders and backs — before coming ashore at Eagle Pass.

“The line of people went so far into the trees it’s hard to get a count,” Melugin said. “Hundreds upon hundreds.”

The reporter also tweeted that people smugglers – commonly known as “coyotes” – were guiding the migrants through the water.

In a subsequent tweet, Melugin revealed that when the group first entering the water, no Border Patrol officers were on scene, “only one Texas National Guard humvee.”

After the first large group successfully forded the river, two “cartel guides” were spotted crossing back to Mexico. Soon after, a second, smaller group of migrants was seen making the same trek.

“They are again being led by a cartel smuggler,” Melugin detailed.

Texas lawmakers immediately accused the Biden administration of enabling the crossings, and called on the White House to work with Congress to stop the border crisis.

“This is one of the biggest groups we have EVER seen at our southern border. The time is now for this Administration to work with Congress to disincentivize this dangerous mass migration,” Rep. Tony Gonzales (R-Texas) tweeted.

Wednesday’s crossing is just the latest in a string of large group arrivals in recent months as the southern border has continued to see record numbers of migrant encounters.

US Customs and Border Protection have yet to release the number of June encounters, however they reported a record number of 239,416 in May.

On Tuesday, the Washington Examiner reported that in Eagle Pass alone, agents are arresting between 1,000 and 2,000 migrants daily.

click to enlarge Steve Neavling Construction at Bedrock’s Hudson’s site project in Detroit. When Theo Pride, a community organizer with{...} 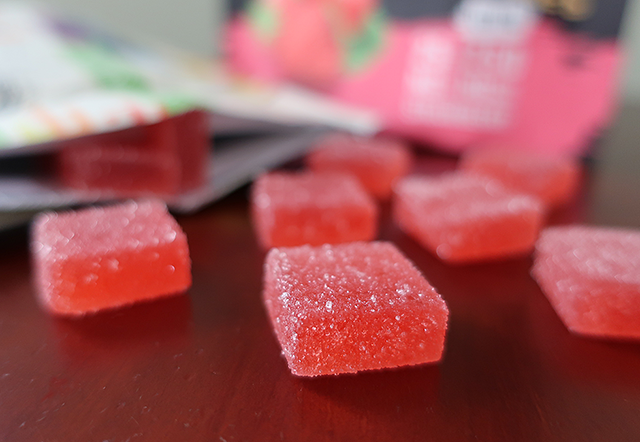 Welcome to the Glean, MinnPost’s twice-daily roundup of Minnesota news. Paul Walsh at the Star Tribune is reporting patients registered{...}