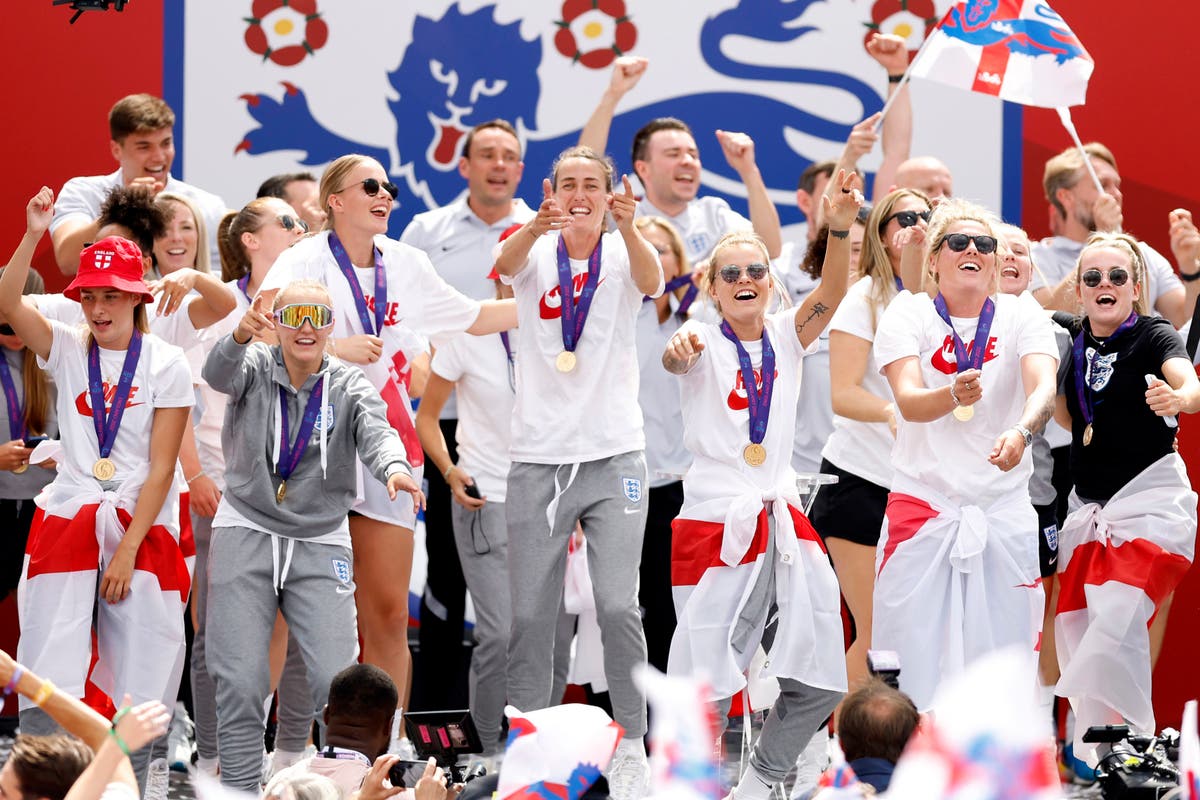 he Lionesses arrived on stage to a roar of cheers and whistles from thousands of fans in London’s Trafalgar Square on Monday as they continue to revel in their historic win over Germany in the Euro 2022 final.

London-born Chloe Kelly, who scored the winning goal, cheekily said to the crowd her “shirt is staying on” after her iconic celebration on Sunday night as the group spoke of a night of partying in the wake of their 2-1 win.

Manager Sarina Wiegman said after some much needed rest, the next goal was to qualify for the FIFA 2023 Women’s World Cup being hosted across Australia and New Zealand.

Captain Leah Williamson said Ms Wiegman was the “missing ingredient England was looking for” and praised the manager for bringing the team together.

“I’m proud to wear this patch and even more proud to share the pitch with this team.”

Meanwhile, the Queen led tributes to the side as they became the first senior England team to win a major tournament since the 1966 World Cup.

Up to 7,000 fans will have the opportunity to show their support for the Lionesses at Trafalgar Square from 11am. Supporters will be able to gain free entry on a first-come-first-served basis, as well as listen to DJ Monki and watch tournament highlights on big screens.

Sarina Wiegman and the England team will grace the stage for a Q&A and trophy lift. The event will be broadcast live on BBC One and BBC iPlayer from 12.40pm onwards, hosted by Lionesses legend Alex Scott MBE, and is expected to end by 2pm.

During an interview with EE, she said: “It’s incredible, you look at the trophy and remember… I don’t know when we will all realise what we’ve just done.”

She added: “Being English on that football pitch yesterday was always going to be enough for me.”

“English people can drink. A little bit too much alcohol I think…but it’s okay. When you have this accomplishment, it’s really good to have a party,” she said.

No10 (and Larry the cat) ready for Lionesses celebration

Ryan Grumbridge, 40, and Gemma Grumbridge, 43, travelled from Oldham to London to watch the Euros final at Wembley Stadium on Sunday night with their two daughters.

Mr Grumbridge, who is a coach for the 250-strong girls’ football club Crompton FC, said this is a “massive” moment for women’s football.

“It’s good for them to get some recognition – I hope it keeps growing and growing, and we’ll carry on getting decent-sized crowds.”

He said the Lionesses are “fantastic role models” for his daughters Ruby and Amelia, aged 11 and 13.

“They’ve got a fantastic bond as well,” he added. “They seem like great friends, [Ruby] follows them all on TikTok.”

Ms Grumbridge told the PA news agency it was “absolutely amazing” to be in London to watch the game at Wembley, with “lots of singing, lots of cheering… incredible”.

Trafalgar Square is now at full capacity ahead of the Lionesses appearance at 12.40pm.

Fans have donned flags, face paint and lion costumes as they wait to cheer on their heroes.

London mayor takes to the stage

My phone started buzzing with messages as soon as Queen Elizabeth II’s death was announced: friends and former colleagues, politicians and ambassadors, all{...} 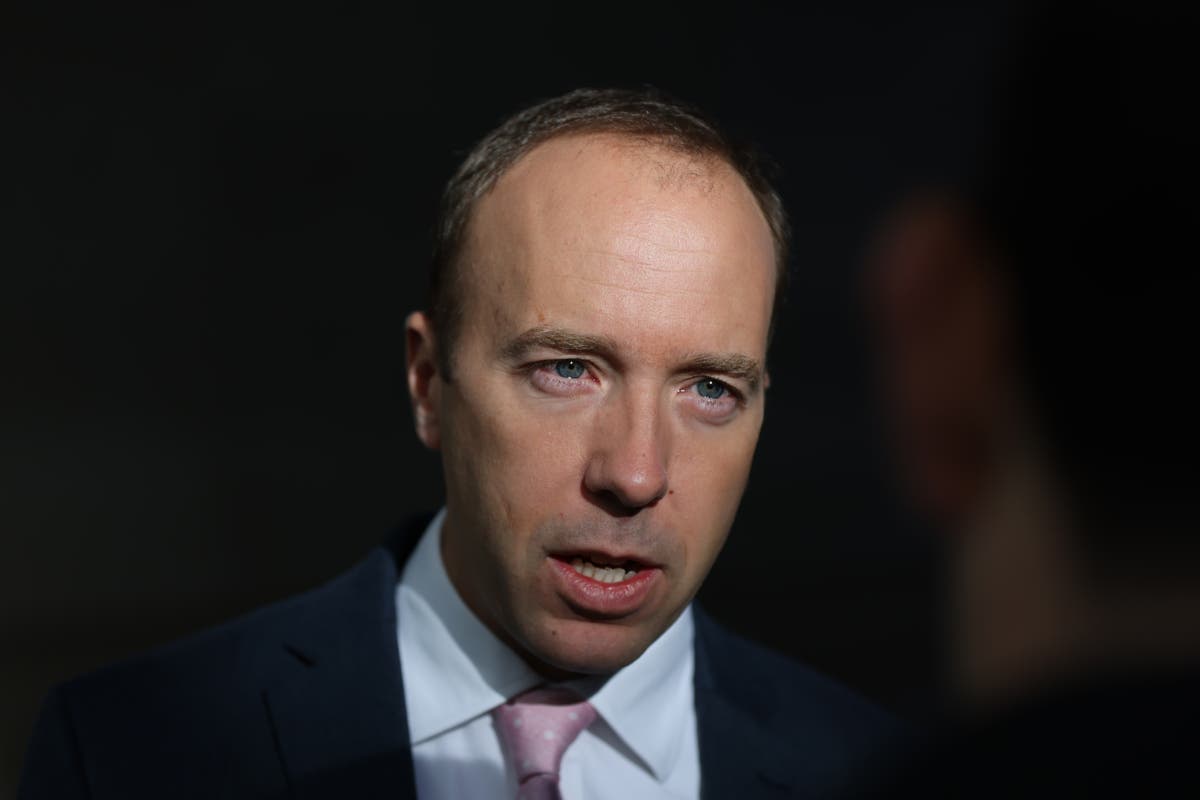 Matt Hancock has Tory whip suspended after joining I’m a Celebrity Get Me Out of Here Sign up to the{...}

The prosecutor said, as the weeks went by and their sexual relationship developed, Mr McCullum grew noticeably in confidence and{...}