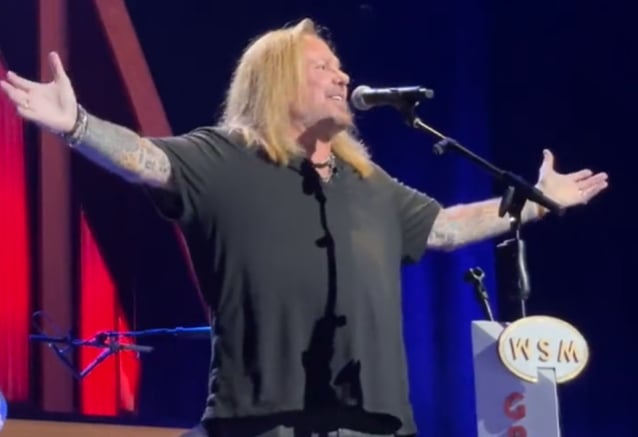 MÖTLEY CRÜE frontman Vince Neil made his live debut at Nashville’s famed country music venue Grand Ole Opry debut on Tuesday (August 2). The 61-year-old rocker, who has lived in a Nashville suburb for almost a decade, performed the CRÜE‘s classic ballad “Home Sweet Home” with the house band. He was also joined for the performance by singer-songwriter Cherish Lee, who is the daughter of country legend Johnny Lee and Dallas actress Charlene Tilton.

Prior to his performance, Neil told the crowd: “I moved to Tennessee seven years ago, and I live in Franklin out by Leiper’s Fork, and I see some friends and family out here, and I want to thank you guys for coming out. This is really a chilling thing — place to be standing up here, you know.”

The Grand Ole Opry shared a short video of Neil‘s appearance on social media, writing in an accompanying message: “The Opry has a long-standing tradition of inviting guest artists into the circle, and we were thrilled to continue that tradition with @thevinceneil tonight! Congratulations on your Opry debut!” Neil also tweeted about the performance and thanked Cherish for taking part in it.

The Grand Ole Opry is one of the oldest and most revered music institutions in the United States. It has been called by some “a countrified version of the Metropolitan Opera.”

Considered the home of country music, the historic venue has a history that spans more than 95 years. Some of the biggest legends in country music, including Reba McEntire, Loretta Lynn, Dolly Parton, Randy Travis, Garth Brooks and more, have become members, and consider it to be the pinnacle of their career success.

Back in 2014, Neil was asked backstage at the CMT Music Awards in Nashville, Tennessee if he listened to any country music, and if so, whether he heard any rock influence there. Vince said: “It’s funny you said that because there’s really no up-and-coming rock and roll. Young country is really the new rock and roll. And that’s what’s pretty exciting. You see guys with long hair and guitars… It’s pretty cool.”

Neil and his CRÜE bandmates are on a two-week break from “The Stadium Tour” which kicked off in June in Atlanta. The trek, which is co-headlined by DEF LEPPARD, with support from POISON, JOAN JETT & THE BLACKHEARTS and CLASSLESS ACT, will pick up again this weekend with two performances at Boston’s Fenway Park. It is scheduled to conclude on September 9 in Las Vegas.

The Opry has a long-standing tradition of inviting guest artists into the circle, and we were thrilled to continue that tradition with @thevinceneil tonight!

Congratulations on your Opry debut! 👏 pic.twitter.com/rsUHMm64r1

Matthew Perry Apologizes for Questioning Why Keanu Reeves ‘Walks Among Us’ Skip to content{...} 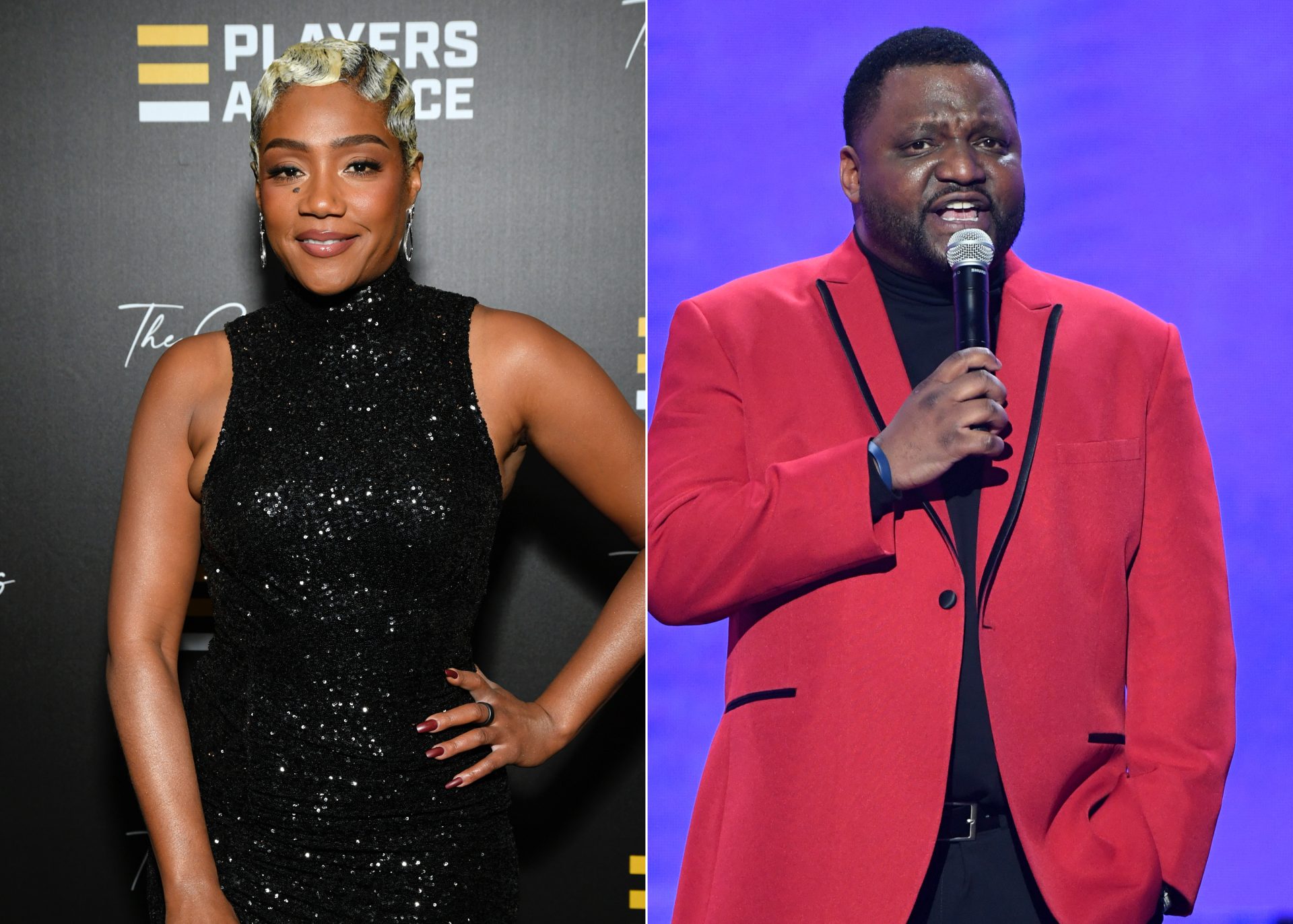 It looks like the sexual abuse lawsuit that was filed against Tiffany Haddish and Aries Spears earlier this month has{...}