A shoulder lane on I-495 in Virginia is closing, an I-66 project is ramping up, and Metro has a few shutdowns. Here’s what you need to know this weekend.

The shoulder track at Capital Beltway closed this week with several lanes scheduled overnight for the 495 Next Project over the weekend. The I-66 Express Lanes Project will see a ramp-up in paving and additional overnight stops. Metro has two shutdowns this weekend.

Here’s what to look for.

This week saw the end of the Interstate 495 Inner Loop shoulder track, which was the red X / green arrow track between Dulles Toll Road and George Washington Parkway.

This closure is in preparation for the I-495 Express Lanes Northern Extension, which will extend the existing 495 Express Lanes from the Dulles Corridor Interchange to the George Washington Memorial Parkway, near the American Legion Bridge.

These changes will provide space in the center of the Beltway for the construction of new bridges that will span the wider, future Beltway at Old Dominion Drive, Georgetown Pike and Live Oak Drive.

Motorists have encountered additional lane blockages on the Beltway for this project throughout the week, which is scheduled to continue overnight through this weekend with triple-lane closures overnight on both sides of the Beltway through Friday. The crews plan to use Saturday in case of rain delays.

The big story for the Transform 66 Outside the Beltway Project will be paving projects taking place through June between Gainesville and Centerville. On Interstate 66 between Route 29 in Gainesville and Route 29 in Centerville, there will be extended lane closures and travel impacts as paving operations accelerate to prepare for the future I-66 Express Lanes, which opens later this year.

This work has now been pushed to June 14 after this week’s heavy rainfall. Once officially launched, the left lane (HOV lane) will be closed for approximately six days to allow crews to work more efficiently and to help reduce the traffic impact of additional occupancy over the coming months.

Additional work that may be relevant this weekend in connection with the I-66 project includes the following locations.

I-66 West from Bull Run to Manassas Safety Rate Area: Friday at 21:00 to 05.00. Three lanes will be blocked due to roadworks with expected periodic stops overnight.

I-66 East from Balls Ford Access Road to Route 234 Business (Sudley Road): Friday at 20:00 to 06.00. Three lanes will be blocked for the erection of road signs with periodic stops overnight.

I-66 West from Route 50 to Monument Drive: Friday at 21:00 to 05.00. Three lanes will be blocked for demolition of overhead bridge with periodic stops overnight.

I-66 East from Vaden Drive to Nutley Street: Saturday at 21:00 to 9.00. Three lanes will be blocked due to a traffic shift, portal removal and overhead bridge work.

I-66 West from Nutley Street to Vaden Drive: Friday at 9.30 pm to 5. Three lanes will be blocked for portal installation with periodic stops overnight.

I-66 East from Cedar Lane to Gallows Road: Friday at 21:00 to 05.00. Three lanes will be blocked due to erection of portals and overhead bridge work with periodic stops overnight.

From kl. At 8 a.m., crews are closing MD 6 at Maryland Point Road to replace the tube. Drivers on southbound MD 6 will be diverted to Hancock Run Road to follow a detour around the project until repairs are completed later that day.

MDTA is also ready to begin a new project for Rhode Island Avenue and the Trolley Trail in Prince George’s County.

This $ 6.4 million bike-pedestrian route project will connect the Rhode Island Avenue Trolley Trail to the Anacostia Tributary Trail in Hyattsville, which could see lanes impacted along US-1.

There are many paving projects underway in Maryland. Be sure to check out their website for further work.

Paving on I-495 Capital Beltway near Suitland Parkway is scheduled to continue into the summer. Weather permitting, MDOT will have work on both loops between MD-4 / Pennsylvania Avenue and Forestville Road, overnight between 6 p.m. For the latest, check out the project website.

The ever-changing Purple Line work between Prince George’s and Montgomery counties is also underway for the spring and summer seasons, check out the Purple Line Projects website for their latest locations.

In Shaw, this weekend will see the second in a series of Open Streets DC events on Saturday, June 4 from 6 p.m. 9 to 15. Closing will be at 7th Street NW, between Florida and Pennsylvania Avenue.

Open Streets is a family-friendly event without cars, just people giving communities the opportunity to experience their city streets in a whole new way. The event will temporarily close roads for vehicles to provide safe space for walking, cycling, ice skating and other social activities.

The District Department of Transportation is scheduled to begin concrete repairs on DC-295 between Pennsylvania Avenue SE to Nannie Helen Burroughs on or around Thursday, June 2, weather permitting.

This work will take place Monday to Friday from 9:30 to 15:30 and closes various lanes with possible stops and detours.

The ongoing I-295 / DC-295 corridor project will see lanes and ramp closures in the low season and on weekends, weather permitting. Some schedules also change during times of sporting events.

Here’s what to look for this weekend:

Along with various times and closures on South Capitol Street, the Suitland Parkway is scheduled to be closed and rerouted both Saturday and Sunday between 6 p.m. 6 and 17. Check the website for what is planned with a reminder that all work is weather dependent and subject to change.

Along with the shutdown of the Orange Line for Summer Platform Rehabilitation Project, subway maintenance will have a Blue and Silver Line shutdown and late night single tracking Saturday on the green and yellow lines this weekend.

The metro remains on schedule to restore the 7000 Series train fleet to operation before late summer.

The metro will run on a normal weekend schedule that opens at. 07:00 and closes at 01.00 by train serving 86 of the 91 stations with normal traffic only on the red line.

USA News
The best things to do in LA and SoCal this Christmas weekend: December 24-26 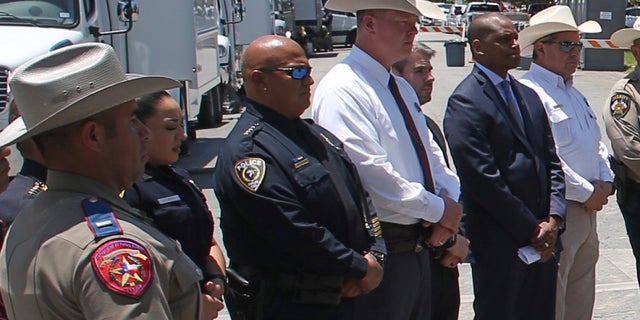