In today’s digitally agile climate, investors and companies understand very well the importance of adapting to advanced technologies in order to remain competitive. For industrial sectors, this has meant embracing Industry 4.0, which has evolved from iterations of 1.0, 2.0 and 3.0.

Yet Industry 4.0 is not the only technological development; Web 3.0 or Web3 – the third iteration of the World Wide Web – is being hyped on investment blogs, dissected on podcasts and winning billions in investments from both Big Tech and venture capitalists. So what exactly is Web3, and why should investors pay attention?

The development of the Internet

Like other industries and sectors, the Internet is constantly evolving. Between 1991 and 2004, Web 1.0 was the beginning of the World Wide Web. It was a collection of static sites, had very few content creators and was a mostly decentralized, neutral space. This was the era of personal blogs, Ask Jeeves and named internet.

Web 2.0 – the current digital age since 2004 – is centralized to closed platforms (a software system that is fully managed). These platforms are owned by Big Tech companies, especially Amazon, Facebook and Google.

There are several content creators, countless ads, it’s easier to live and show your life (at least in part) online, and there are numerous ways to interact both with the internet and with others via the internet. It is the era of tracking users to build profiles, save data and then sell that information at a profit.

Web 2.0 has seen the emergence of giant companies that take advantage of the online space and perfect the art of turning user into consumer or product (often unknowingly). So with Big Tech having such a strong grip on what the Internet is and how it works, could the Internet ever evolve outside of Big Tech companies?

Believers on Web3 definitely think so. The term Web3 was coined in 2014 by Gavin Wood (a developer of cryptocurrency Ethereum), and like previous web iterations, it is open to broad interpretation.

At its core, Web3 is the movement to make the Internet less centralized under Big Tech. In blue sky thinking, Web3 is a space built, owned and operated by users who can earn a stake by developing and maintaining the Internet.

Web 3 seeks to use blockchain technology to create a more decentralized online space, with the goal of changing the user from product to owner. This is a similar concept to the metaverse, although there are important differences. While Web3 is a decentralized Internet, the meta-verse is more of a virtual world that could, in theory, sit within it.

Benjamin Dean, Director of Digital Assets at WisdomTree – an investment management firm specializing in exchange traded products – provides the following definition: “Web3 is one of the few competing visions of what the next phase of Internet-connected interactions will look like … I on some in a way, it’s a branding exercise for venture capitalists, and on the other hand, it encapsulates the first utopian hopes of what all this digital technology can do to people’s lives. “

Who invests in Web3?

So if Web3 is both a philosophical view of what the Internet should be, and a growing tech investment area, then who is actually investing, and how do you invest in something that is designed to belong to everyone?

Dean says, “There’s a whole subgroup of people out there who are actually building the technology itself and building new businesses and applications on the technology.”

Investors primarily lay out strategies to ensure that their current technology investments are relevant in the next wave of technological change by discovering and investing in pioneers within Web3. Dean says venture capitalists and Big Tech companies themselves are the biggest investors in Web3, highlighting Facebook’s decision to transform into Meta as an indicator of how seriously Web3 is being taken.

He explains that Big Tech companies like Facebook are trying to shape the metaverse concept as a means of ensuring that “interactions that happen in the future continue to happen on platforms that they can control”. However, this contradicts the main concept of Web3 (the rejection of the high-tech Web 2.0 model), and there is another difficult balance between the involvement of Big Tech in Web3 and the upcoming funding flows. from those in the construction phase.

However, unlike Web 2.0, Big Tech companies are not the only dominant investors. On May 25, 2022, Andreessen Horowitz – a private venture capital firm based in the United States – announced a new $ 4.5 billion fund. USD targeted at Web3 opportunities that came on the back of the launch of a $ 2.2 billion cryptocurrency. USD less than a year earlier.

“[Andreessen Horowitz] will initiate that investment in the hope of creating the next generation of companies built on and using crypto or digital asset rails, ”says Dean. “This will be to try and give people back this Web3 vision of autonomy.”

What does this investment pay for when it comes to Web3?

Aside from idealism, the Web3 concept has seen huge investment funds set up and created a rebrand from social media giant Facebook. So if investments flow into the ownerless future of the internet, then what exactly is being invested in?

According to Dean, many of these investments are in development at the protocol level. For example, a blockchain start-up, ConsenSys, raised $ 450 million with backers, including Microsoft, Temasek and SoftBank. Major investments such as these indicate a vote of confidence in the future of Web3. Dean says the investment was essentially “transformed into Ether.” [a cryptocurrency]”.

Alongside this, there is application-level investment – the building of Web3 platforms and apps – which Dean describes as the interconnection of video games and crypto networks.

“Finally, you’ve got investments flowing into the peripheral services associated with Web3 technologies,” he says. “Even if you have a decentralized application, built on top of an open source protocol, you still need a strategy to get clients, you still need a business development team, you need a legal team, you need all the other things associated with just running a start-up business that is growing. ”

A large part of the investment goes to scaling the companies that are based on the Web3 concept and technologies, so that the investments go into who will operate, maintain and develop these applications.

It is impossible to know at what pace Web3 will continue to evolve and what the investments made by Big Tech and venture capitalists will mean for the World Wide Web of the future. What is clear is that this development is something that Big Tech takes seriously, and that there are many influential (and wealthy) voices who believe in the idealistic concept of an Internet that takes the user from the digital ‘to sales’ shelf and into the owner’s chair. Technology News
Second Handsets Produce 776k Tons of CO2e Per Year – Is it Time to Ditch the Work Phone? 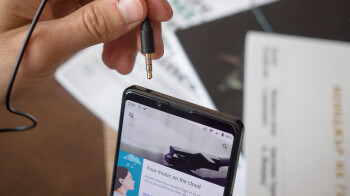 Technology News
Vote now: Are you excited about the Sony Xperia 1 IV?