The final images of Meghan and Harry together on British soil before they left the UK to start new lives in Los Angeles painted two very contrasting pictures.

One, of the Sussexes standing tensely at Westminster Cathedral behind Kate and William – formerly known collectively as the fab four, was a portrait of family disfunction. The other, beaming arm in arm under an umbrella through driving rain outside Mansion House, a vision of freedom. And, for their fans at least, a reminder of what the royal family was losing.

This week, more than two years on, all eyes will be on Harry, 37, and Meghan, 40, as they make their first official visit together to the UK since their departure.

In the intervening years there’s been that Oprah interview, the establishment of their organisation Archewell, multiple legal battles with the British press, the death of Prince Philip, the birth of their second child, Lilibet, a forthcoming autobiography and deals with Netflix and Spotify. More recently, Harry was met with a backlash when he told US TV at the Invictus Games that he had made sure the Queen, 96, was “protected”.

The stakes are high but so are the potential pitfalls. Will the family tensions have healed or will the divisions still be apparent? And how will the British public – and the British media – receive them?

The exact timing of their touchdown is not publicly known, but the first event the Sussexes are expected to attend is the trooping the colour on Thursday morning. Following “careful consideration” by the Queen, they will not be present for the “balcony moment” which will be the preserve of working royals.

The first proper opportunity to observe their relations with the Cambridges – cue a frenzy among lip-readers and body language experts – probably won’t come until Friday, when the Sussexes are expected to attend the service of thanksgiving for the Queen at St Paul’s Cathedral.

But for the family, the highlight of the trip will probably take place behind closed doors when Lilibet, who turns one on Saturday, meets the Queen – her namesake and great-grandmother – for the first time. It will also be an opportunity for her grandfather, Prince Charles, to spend time with her and her brother Archie, now three.

They are planning to keep it simple during the trip, reports ITV royal editor Chris Ship, travelling with a limited number of security personnel and their appearances will be strictly limited.

With no official engagements until the evening on Saturday, with the Derby at Epsom Downs and the Platinum Party at Buckingham Palace, an open-air concert headlined by Diana Ross, there has been speculation that there could be a small birthday gathering for Lilibet at Frogmore Cottage, where the family are understood to be staying.

The Sussexes reportedly recently renewed the lease on their former home on the Windsor Castle estate, which in their absence has been occupied by Princess Eugenie and her husband, Jack Brooksbank, who are said to be moving to Portugal.

While in the US they have largely been greeted with enthusiasm as A-list celebrity philanthropic activists, the couple – Meghan in particular – continue to be unpopular with much of the UK media, and have already been accused of attempting to steal the Queen’s limelight.

Writing in the Sun this week, photographer Arthur Edwards took it upon himself to remind the couple that the Queen’s platinum jubilee celebrations are “not about the pair of you” and claimed that their Oprah interview had “polarised the nation”.

But Omid Scobie, royal commentator and co-author of Finding Freedom, hit back at such commentary, tweeting on Tuesday: “Quite frankly, it’s an insult to the Queen to suggest she can be so easily overshadowed. HM has successfully stood front and centre for SEVENTY YEARS, I think she’ll be fine.”

Royal photographer Samir Hussein, who took the Mansion House rain photo, predicts they will have a mixed response. “Inevitably there will be some negative reporting and outpouring towards them, as some are not happy with the way they have conducted themselves since they announced they are stepping down as members of the royal family,” he said. “For the most part, however, I believe people will be happy that they’re back in the fold for such a historical and important celebration for the Queen.”

There will also be happiness for the Queen that she will get to meet her great-granddaughter for the first time, he said. “There will be real hope this will help bring both parties closer after all that has been said in the past two years.”

Jeetendr Sehdev, the LA-based celebrity branding expert and author, said the trip is an opportunity to redefine how they’re seen in the UK and predicts they could reintegrate themselves into the royal family – but this time “on their own terms”. “They’ve firmly established themselves as one of the most fearless, unapologetic and resilient brands in the world. And will continue to be an inspiration to many.”

Buckingham Palace said it “would not comment on private arrangements” and a spokesperson for the Sussexes declined to comment. ENTERTAINMENT
If you loved Great British Bake Off, watch this Netflix show now 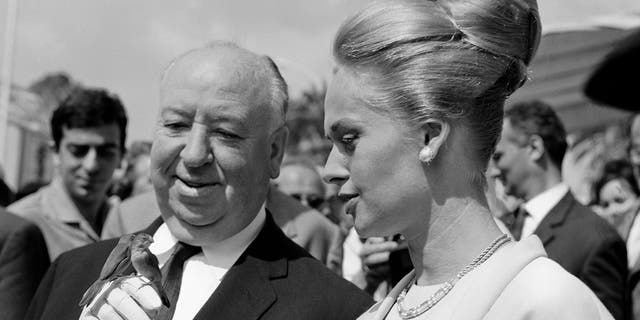