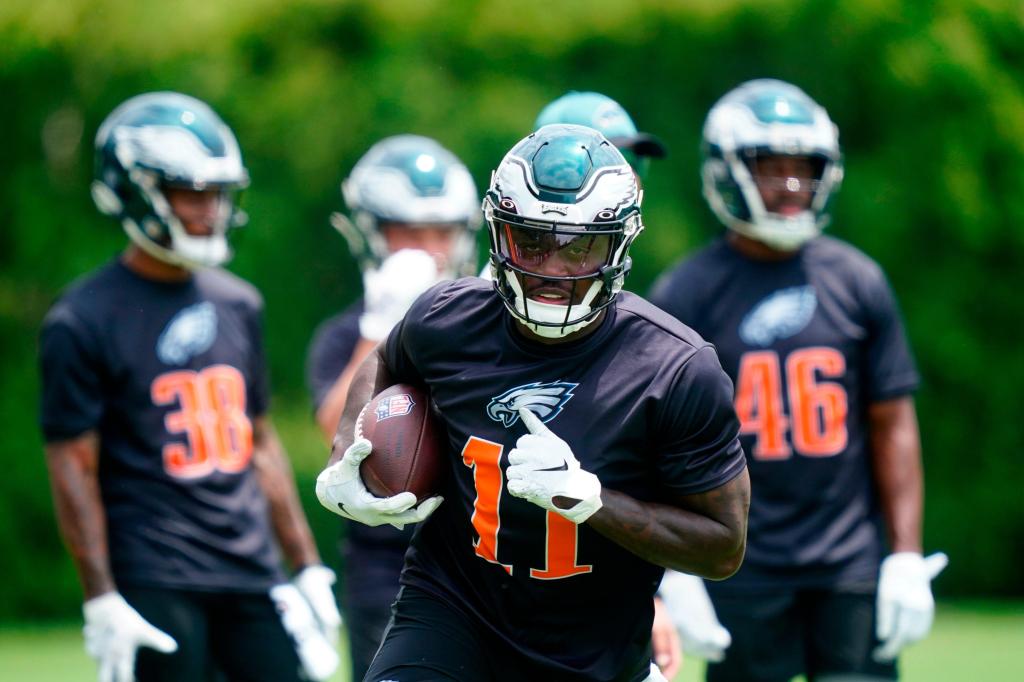 Which NFC team had the best offseason in 2022? – The Denver Post 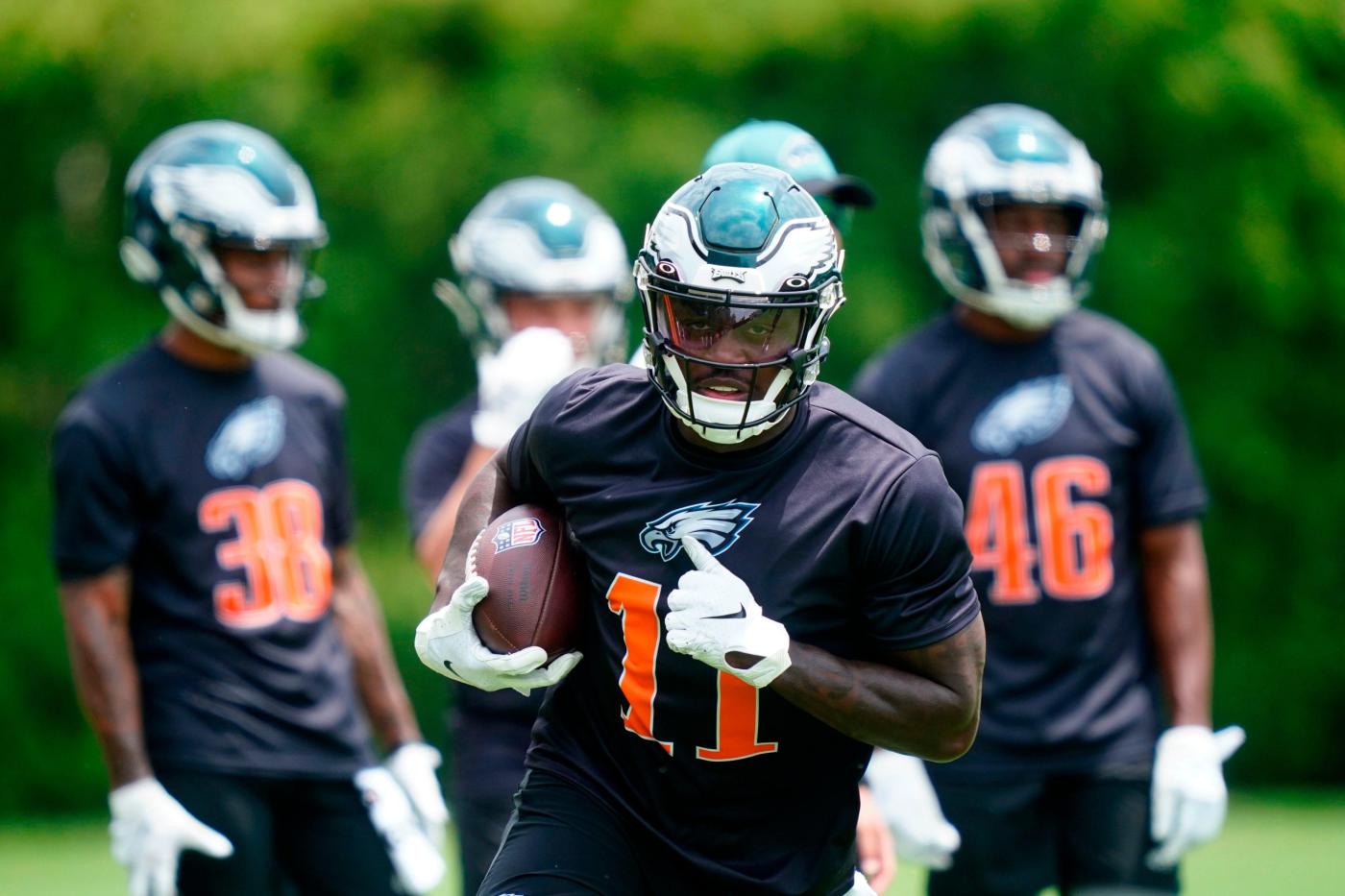 Nearly half of the teams in the NFC are either rebuilding, or seemingly tanking to position themselves to select high in what is supposed to be a quarterback-rich 2023 NFL draft.

That opinion is based on many of the head-scratching moves made and the lack of roster improvement for about a dozen of the teams in the NFC.

While there are a couple of franchises pushing to dethrone the Los Angeles Rams as the Super Bowl champs, there are plenty of teams that are embarking on a youth movement and what comes with that.

With training camp opening up at the end of the month let us take a look at the NFC teams that made the most improvement since last year, factoring in front office and head coach changes, free agent signings and defections, trades and 2022 draft picks.

The Rams signed Matthew Stafford, Aaron Donald and Cooper Kupp to extensions, keeping the nucleus of their Super Bowl-winning team together for at least another two seasons. Those moves shouldn’t be overlooked, considering the franchise’s all-in strategy every season. Adding former Bears receiver Allen Robinson should help ease the loss of Odell Beckham Jr., who suffered an ACL injury in the Super Bowl and hasn’t re-signed, and Robert Woods, who was traded away. And signing linebacker Bobby Wagner could turn up the volume on the team’s physicality. The Rams did lose noteworthy players like Andrew Whitworth, who retired and was replaced by Joseph Noteboom, Von Miller, Darious Williams, Sebastian Joseph-Day and Austin Corbett. The eight lower round draftees added will likely fortify the team’s depth.

The Eagles re-signed center Jason Kelce, defensive tackle Fletcher Cox, safety Anthony Harris and pass rusher Derek Barnett, and added pass rusher Haason Reddick, linebacker Kyzir White and receiver Zach Pascal, who has started 44 games in his first four seasons. But no move was bigger than acquiring 2020 Pro Bowl receiver A.J. Brown from the Titans. His addition should give Jalen Hurts a chance to take his game to another level. Adding defensive tackle Jordan Davis with the 13th pick, center Cam Jurgens with pick No. 51, and then doubling down on linebacker by selecting Georgia’s Nakobe Dean and Kansas’ Kyron Johnson makes the Eagles a deeper team.

The Packers retained Aaron Rodgers, signing him to a three-year, $150 million extension, and re-signing linebacker Preston Smith, and linebacker DeVondre Campbell should be overlooked. But Green Bay lost Pro Bowl receiver Davante Adams, who was traded to the Raiders, and receivers Equanimeous St. Brown (Bears), and Marquez Valdes-Scantling (Chiefs). North Dakota State’s Christian Watson (34th pick), Nevada’s Romeo Doubs (No. 132), and Nebraska’s Samori Toure (No. 258) were the three receivers drafted, and responsible for filling the offensive voids. Linebacker Za’Darius Smith (Vikings), and offensive lineman Billy Turner (Broncos) and Lucas Patrick (Bears) also left as free agents. But if the Packers have Rodgers they have a legit chance of holding up the Lombardi trophy.

Sean Payton isn’t an easy coach to replace, but Dennis Allen will get his second shot to prove he’s grown from his stint as the Raiders’ coach from 2012-14, when he produced a 8-28 record. Re-signing Jameis Winston, coming off a season-ending knee injury, was a bold move. And so was signing safeties Marcus Maye and Tyrann Mathieu to replace Marcus Williams, who signed with the Ravens. Adding Jarvis Landry to a receiver unit that already features Michael Thomas, and added former Ohio State standout Chris Olave in the first round could be promising. The Saints drafted Trevor Penning with the 19th pick and hope he’s an adequate replacement for Terron Armstead, a three-time Pro Bowl pick, who signed with Miami as a free agent.

Tom Brady retiring then reversing his decision was huge because it makes the Buccaneers a title contender for one more season. But losing coach Bruce Arians to retirement will make the journey harder because his replacement, Todd Bowles, who was 24-40 in his four seasons as the Jets head coach, isn’t as seasoned or savvy. Re-signing Chris Godwin, tailbacks Leonard Fournette and Giovani Bernard, and adding receiver Russell Gage gives Brady decent weaponry. But Rob Gronkowski’s retirement and an O.J. Howard signing with Buffalo hurts. So does losing Alex Cappa to Cincinnati and Ali Marpet to retirement. But Shaq Mason was added on the offensive line.

Newly hired general manager Joe Schoen and coach Brian Daboll will charter a new course for the Giants, and atop this season’s agenda is figuring out whether Daniel Jones, who owns a 12-25 record, is a quarterback worth developing. Tight end Ricky Seals-Jones was signed to replace Evan Engram, who joined the Jaguars. And guards Mark Glowinski and Jon Feliciano were added to fortify the offensive line. The Giants drafted like a rebuilding franchise should, touching just about every area of that team but tailback and quarterback. Oregon pass rusher Kayvon Thibodeaux (No. 3) and Alabama offensive tackle Evan Neal (No. 7) should be Day 1 starters.

Jimmy Garoppolo is still in the building, which means Trey Lance hasn’t been anointed the starter yet despite the 49ers trading three first-round picks to acquire the quarterback. In free agency, the 49ers signed cornerback Charvarius Ward, who started 43 games for the Chiefs the past four seasons, and added safety George Odum. Guard Laken Tomlinson joined the Jets and offensive tackle Tom Compton signed with the Broncos. Tailback Raheem Mostert and receiver Trent Sherfield signed with the Dolphins. From a draft standpoint, the nine players selected will all likely begin their NFL careers as role players, being groomed slowly.

The Panthers traded a 2024 fifth-round pick for Baker Mayfield to give Sam Darnold competition as the the starting quarterback. Former Ole Miss standout Matt Corral, a third-round pick, could push both, but that’s a long shot. With the sixth pick, the Panthers were able to get their left tackle of the future in North Carolina State’s Ikem Ekwonu, the most physically dominant offensive lineman in this class. And in free agency they added Austin Corbett and Bradley Bozeman, so the hope is that rebuilding the line, and getting back a healthy Christian McCaffrey will improve the offense.

Losing DeAndre Hopkins for six games because he violated the NFL’s personal-conduct policy puts a damper on this 2022 playoff team, especially since Christian Kirk left to sign with the Jaguars. But acquiring Marquise Brown on draft night should benefit quarterback Kyler Murray, his college teammate. Losing Chandler Jones to the Raiders in free agency was a setback. Colorado State’s Trey McBride (pick No. 55) was the best tight end in this class. However, everyone else was filler.

While a 37-year-old Matt Ryan can no longer be viewed as franchise quarterback, let’s not pretend that Marcus Mariota has proven he’s a quality NFL starter. That’s why selecting former Cincinnati quarterback Desmond Ridder in the third round was a wise move. Receiver Calvin Ridley is suspended for the 2022 season for allegedly gambling on NFL games, and the Falcons addressed that loss by drafting USC’s Drake London with the eighth pick. They also added Damiere Byrd, KhaDarel Hodge and Auden Tate to fill out a thin receiver unit. Cordarrelle Patterson was also re-signed and Atlanta added tailback Damien Williams.

The new regime in Chicago had some tearing down to do before they could build a new foundation, and that led to the trade that sent Khalil Mack to the Chargers, and allowed receiver Allen Robinson to sign with the Rams. The Bears signed receivers Byron Pringle and Equanimeous St. Brown to help ease the departure of Robinson, Damiere Byrd (Falcons) and Jakeem Grant (Browns). In the draft Chicago made 11 picks that should aid the Bears’ rebuilding process under new coach Matt Eberflus, but this won’t be an overnight rebuild unless quarterback Justin Fields takes a major step forward.

In the second year of a multi-year rebuild, the Lions gave quarterback Jared Goff a better arsenal of weapons, adding receiver D.J. Clark in free agency, re-signing receivers Josh Reynolds and Kalif Raymond, and drafting former Alabama standout Jameson Williams, who is rehabbing a ACL injury he suffered in the national championship game. Landing Aidan Hutchinson with the second pick should provide the Lions defense a more forceful bite. But he’ll be responsible for replacing Trey Flowers, who was released.

The Vikings either believe the former coach and General Manager was the issue, or view this stage under rookie head coach Kevin O’Connell and first-time General Manager Kwesi Adofo-Mensah as a major rebuild because the offseason moves barely moved the needle. Linebacker Za’Darius Smith signed a three-year deal worth a base of $42 million. Linebacker Jordan Hicks, defensive lineman Harrison Phillips and offensive linemen Jesse Davis and Chris Reed joined the Vikings. Most of the draft picks were used on defenders like safety Lewis Cine and cornerback Andrew Booth. 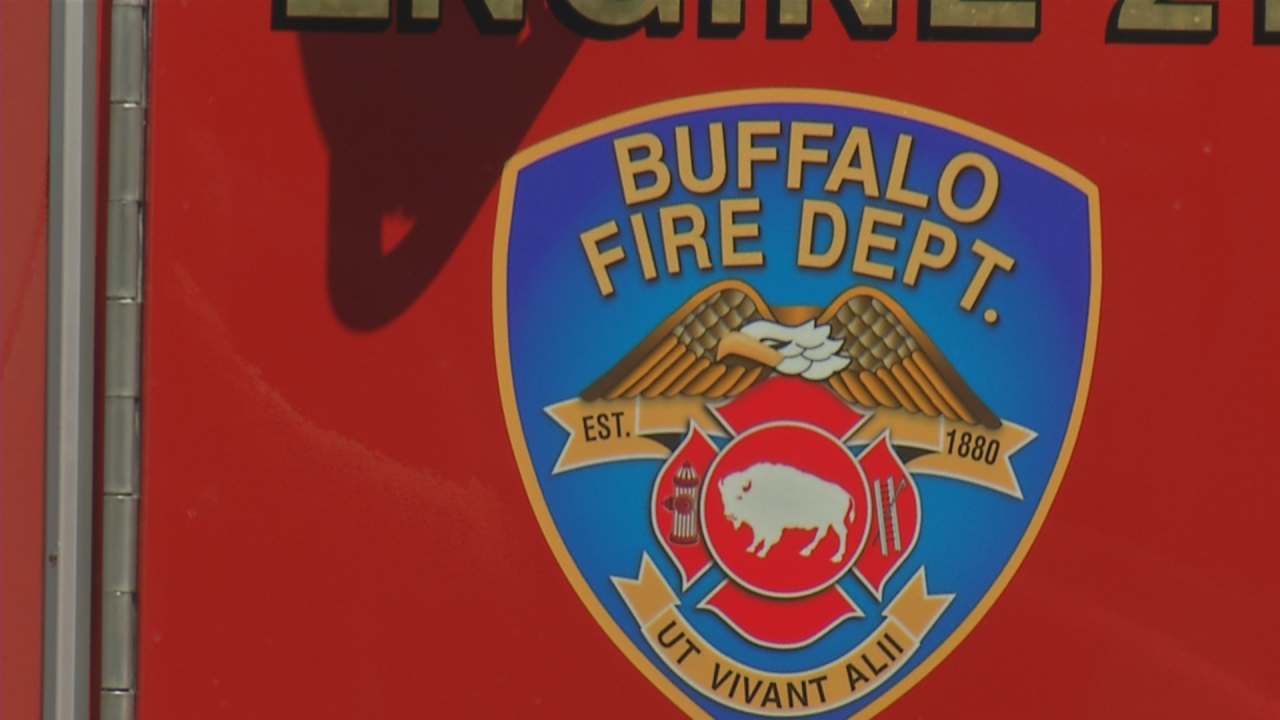 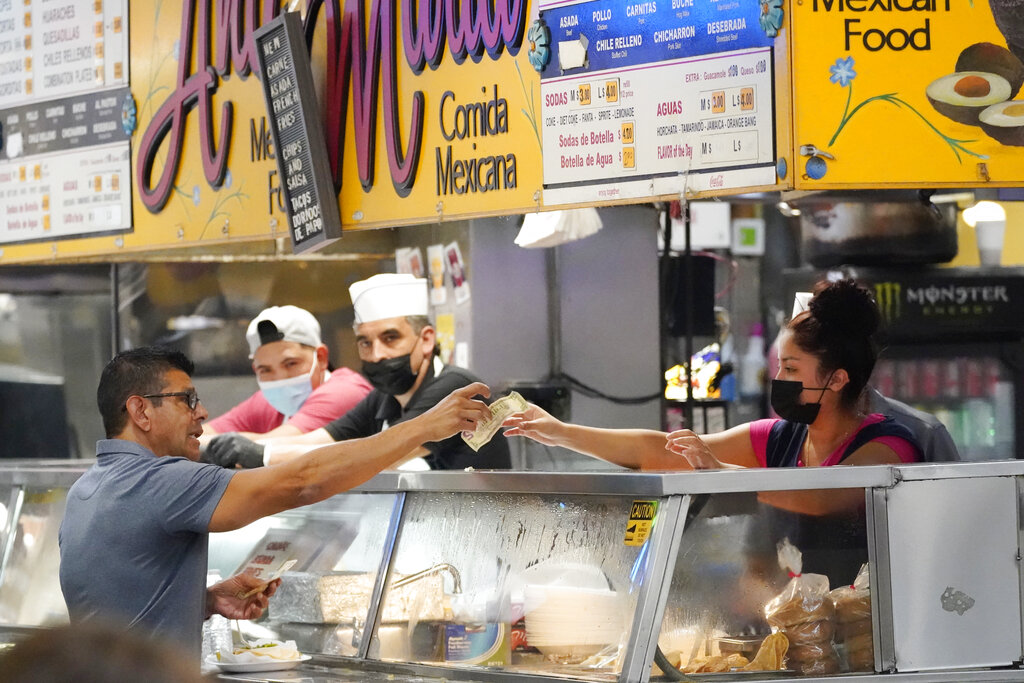 Nick Barragan is used to wearing a mask because his job in the Los Angeles film industry has long required{...} 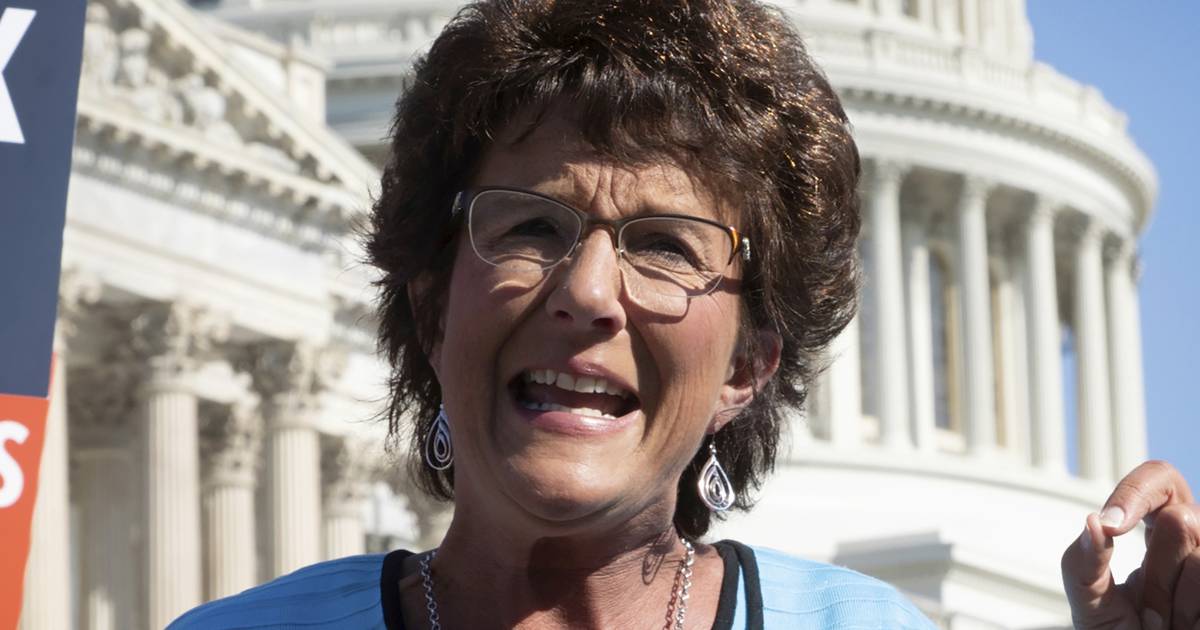 WASHINGTON — Republican U.S. Rep. Jackie Walorski was killed Wednesday in a car crash in her northern Indiana district along{...}