A massive winter storm battered the US on Friday with frigid temperatures, high winds and heavy snow, leaving at least nine people dead, knocking out power to over a million customers and wrecking holiday plans from coast to coast.

The storm – expected to intensify throughout Friday as it barrels through the Midwest and East – is making for grim road conditions with poor visibility and ice-covered streets. Coastal flooding is also an issue, particularly along the shorelines of the Northeast.

All modes of travel – planes, trains and automobiles – were being disrupted: There were hundreds of miles of road closures and flight cancellations were growing rapidly. In New York, flooding along the Long Island Rail Road forced part of the Long Beach branch to temporarily shut down.

“Christmas is canceled,” said Mick Saunders, a Buffalo, New York, resident who was two hours into blizzard conditions that are expected to last through Sunday morning. “All family and friends agreed it’s safer this way.”

At least 9 deaths have been reported since Wednesday.

In Kansas City, one person died after losing control of their Dodge Caravan on icy roads Thursday afternoon, according to the Kansas City Police Department. “The Dodge went down the embankment, over the cement retaining wall and landed upside down, submerged in Brush Creek,” police said in a statement.

In Kentucky, three people died due to the storm, including two in vehicle crashes and the other a “housing insecure” person in Louisville, Gov. Andy Beshear said. The man’s body was found outside with no obvious signs of trauma and an autopsy would determine the cause of death, police said.

And in Ohio, four people have died “as a result of weather-related auto accidents” and several others have been injured, according to Gov. Mike DeWine.

Life threatening cold has pushed all the way to the Gulf Coast and the Mexican border, with below zero wind chills reported as far south as Austin and Atlanta. Many locations in the eastern US are in for their coldest Christmas Eve in decades as the Arctic blast reaches its peak.

More than one million customers in the US are experiencing power outages amid the winter weather and frigid temperatures, according to the website PowerOutage.US. Maine, New Hampshire, New York, Virginia and Pennsylvania have the most outages.

In pictures: Winter storm impacts the US

In all, more than 200 million people in the US were under wind chill alerts from the Canadian border to the Mexican border and from Washington state to Florida, with below-zero wind chills expected in the Southeast by Friday. Other winter weather alerts are in effect for blizzard conditions, ice, snow as well as flooding.

“The National Weather Service’s Watch Warning graphic depicts one of the greatest extents of winter weather warnings and advisories ever,” the agency said Thursday.

Notably, parts of Montana, South Dakota and Wyoming have already seen wind chills below minus 50 degrees Fahrenheit in the past two days.

The entire state of Texas was seeing temperatures below freezing by early Friday afternoon, according to weather observations from around the state.

“I called it a kitchen sink storm because it is throwing everything at us but the kitchen sink,” Hochul said at a press conference Friday afternoon. “We’ve had ice, flooding, snow, freezing temperatures, and everything that mother nature could wallop at us this weekend.”

For Brian Trzeciak, the storm was “living up to the warnings” at his home in Hamburg, New York. Buffalo’s airport, just to the north, reported zero visibility shortly after noon on Friday.

“Whiteout conditions, frigid temperatures, and the waves are like what you would see during a hurricane,” he told CNN.

He and his family decided to cancel their Christmas plans because of the dangers from the storm.

“My mother lives about 30 minutes away and so does my sister and her family, in the other direction,” he said. “We always get together for Christmas Eve and Christmas, but we’re all hunkering down in our houses until it all stops on Monday.”

Driving bans are in place in Erie, Genesee, Niagara and Orleans counties in Western New York because of whiteout conditions.

As many as 250 people could be stranded in their cars in Erie County in a situation that Buffalo Mayor Byron Brown said put first responders at unnecessary risk. Brown told CNN Friday night that forecasts call for 36 to 48 inches of snow. The area has had wind gusts of 79 mph.

Many will experience a cold holiday unlike any other: Atlanta, Philadelphia, Pittsburgh and Tallahassee, Florida, are all forecast to have their coldest high temperature ever recorded on December 24, according to the National Weather Service.

Much of Florida will experience the peak of their cold on Christmas Day. It will be coldest Christmas Day since 1983 for Miami, Tampa, Orlando and West Palm Beach.

On Friday, the storm unleashed more heavy snow and blizzard conditions, particularly in the Midwest.

As it treks east across the country, the storm is expected to become a “bomb cyclone,” a rapidly strengthening storm which drops 24 millibars of pressure within 24 hours. The storm’s pressure was forecast to match that of a Category 2 hurricane as it moved into the Great Lakes on Friday morning.

Governors in at least 13 states, including Georgia and North Carolina in the South, have implemented emergency measures to respond to the storm. Declarations of a state of emergency in several states have included the activation of National Guard units.

More than 5,500 Friday flights have already been canceled as of 9:30 p.m. ET, after nearly 2,700 cancellations on Thursday, according to flight tracking site FlightAware.

• It will remain very cold: Friday will bring record-low temperatures in large swaths of the US, including from the Lower Mississippi Valley, northeastward into the Tennessee and Ohio Valleys and stretching across large sections of the east from the Southeast, through the Southern to Central Appalachians and into the mid-Atlantic, according to the National Weather Service.

• Blizzard warnings: The Upper Midwest will see frigid temperatures, heavy snow and high winds. The warning applies to parts of Iowa, Minnesota, South Dakota, North Dakota and Michigan. Buffalo, New York, will go under a blizzard warning Friday morning. Such warnings go in effect when snow and wind of 35 mph will reduce visibility to less than a quarter of a mile for at least three hours.

• Whiteout conditions: Blizzard conditions may exist even if snowfall stops, because high winds can pick up snow already on the ground and cause low visibility.

A separate storm system is bringing heavy mixed precipitation to the Pacific Northwest on Friday.

A winter storm warning is in effect for western Washington, including Seattle, until 7 p.m. PST Friday. Additional snowfall of up to 2 inches is possible and ice accumulations could reach a quarter of an inch. Precipitation will begin as snow and transition to sleet/freezing rain and then finally to rain. More power outages are likely and travel will be made very difficult.

The ice caused the closure of runways at Seattle-Tacoma International Airport, where nearly half of flights going into and out of the airport were canceled, according to FlightAware. Further, all express services for Sound Transit, a regional transportation network in the Seattle metro area, were suspended Friday due to the icy conditions.

A winter storm warning is also in effect for northeastern Oregon, including Portland, from 4 p.m. to 10 p.m. PST. Total snow and sleet accumulations of up to one inch and ice accumulations of .2 to .4 inches is likely as well as winds gusting to 55 mph. Wind chills as low as zero are possible, and frostbite is possible on exposed skin in as little as 30 minutes.

One of the biggest dangers of the massive winter storm besides heavy snow and blizzard conditions is the rapid drop in temperatures over a short period of time. The air will continue to get and feel colder, especially during night hours. The latest target on the Cubs’ “Let’s Alienate Everybody Tour’’ is a group that apparently has had a free ride{...} 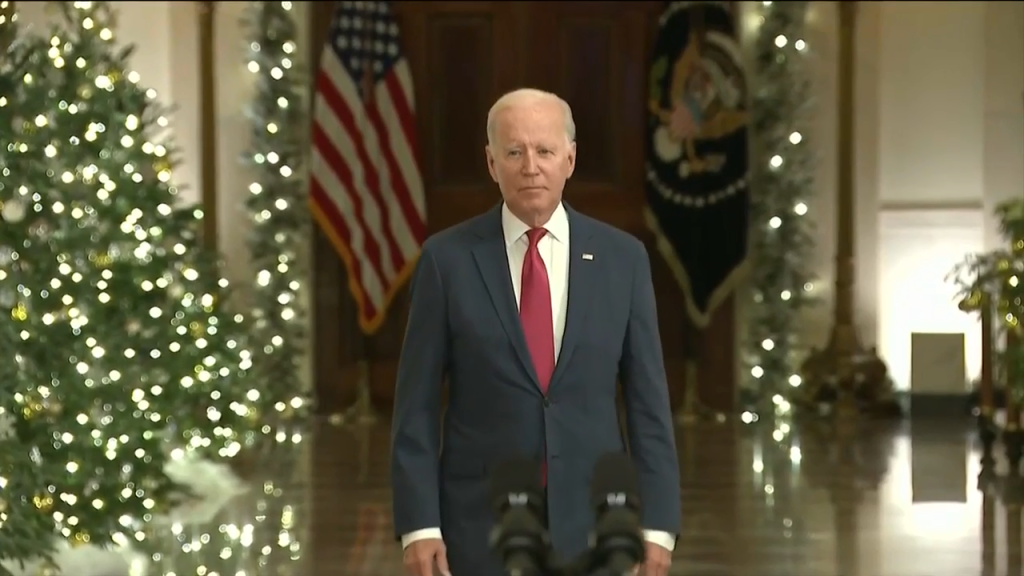 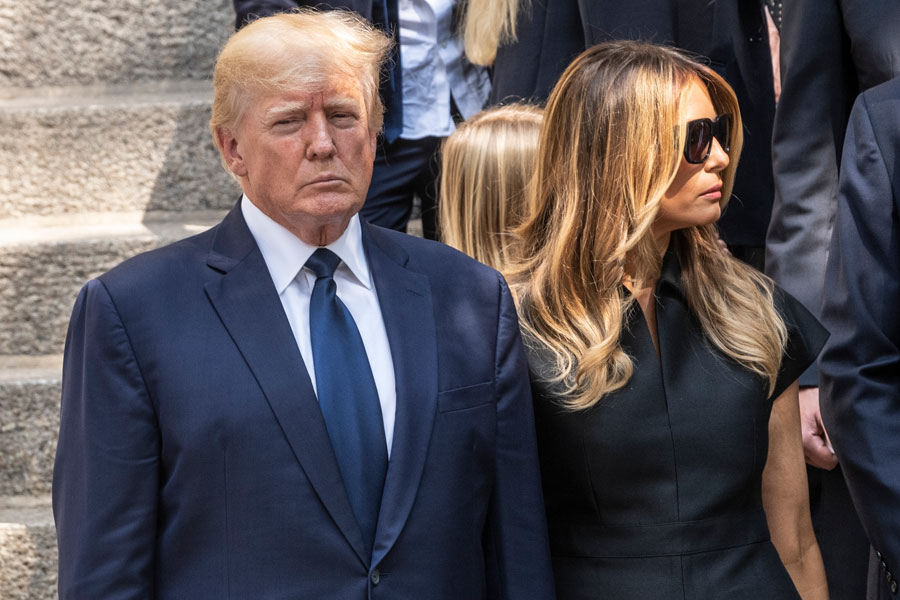 Former President Donald Trump and Melania Trump watch as casket with body of Ivana Trump loaded into hearse at St.{...}