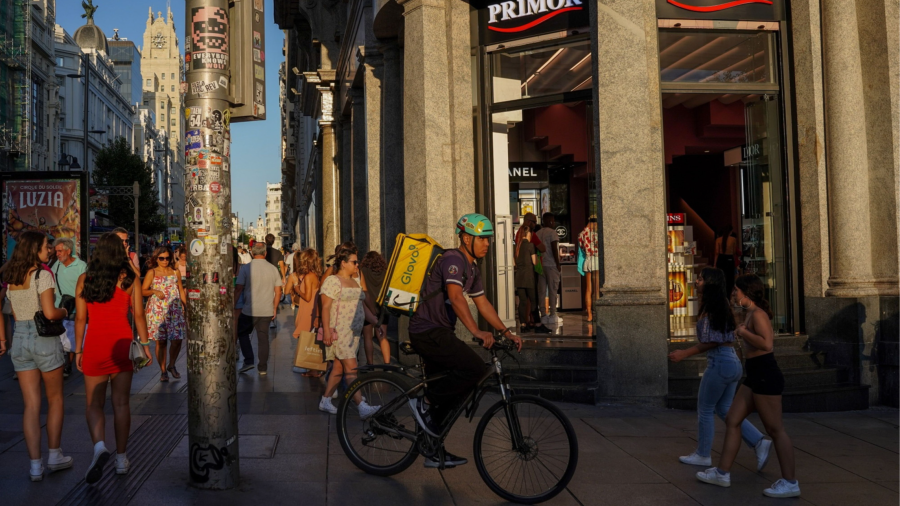 Workers in parts of Europe and South America are becoming increasingly successful in securing deals linking wages to inflation, a trend closely monitored by monetary policymakers as they seek to keep price rises under control.

Linking people’s pay to inflation remains much less commonplace than during the 1970s, when it was widespread in several economies — including the US and UK. But deals that include indexation clauses never went away in some countries and there are signs of a resurgence in places such as Spain and Brazil.

Claudio Borio, head of the monetary and economic department at the Bank for International Settlements, often dubbed the central bankers’ bank, said that by distorting market signals, indexation made inflation harder to shift.

“Decisions are not going to be the right ones,” Borio said. “With indexation [inflation] is embedded, it’s what happens [automatically].”

In Spain, where annual inflation in August was 10.5 per cent and electricity bills are up by 70 per cent over the same period, unions are winning negotiations for more of their members’ contracts to be indexed to prices.

Such contracts already cover almost a third of Spanish collective wage agreements, up from less than a fifth at the end of 2021, and are expected to reach half next year, according to the country’s central bank.

Bank of Spain governor Pablo Hernández de Cos warned earlier this year about the risk of a dreaded “wage-price feedback loop”, where inflation becomes harder for central banks to control and feeds through into even more pressure for higher wages.

Defending the deals, the UGT, one of Spain’s biggest unions with 960,000 members, said workers should not be “once again the ones to pay the cost of a crisis.”

So far, Spanish wages are rising well below inflation, like those of most workers across Europe. Spanish bank CaixaBank has built a wage tracker based on customers’ payslips, which showed they rose 2.5 per cent in the year to June, up from 2.4 per cent in May.

However, figures published by Eurostat, the European Commission’s statistics bureau, on Thursday showed hourly salaries increased by 4.1 per cent in the eurozone in the second quarter of 2022, compared with the same quarter the previous year. The surge — the strongest in at least a decade — surprised economists, who had expected the pace of wage growth to fall from 3.3 per cent in the first quarter to 1.8 per cent in the three months to June.

If strong wage growth and the trend towards indexation continues, it is likely to become a mounting concern for this generation’s monetary policymakers.

The European Central Bank, which itself rejected calls from its staff union for inflation-linked pay rises earlier this year, discussed the signs of indexation becoming more widespread at its July meeting.

In some countries — including eurozone members such as Luxembourg, Cyprus, Malta and Belgium — indexation never entirely went away. But Luxembourg this year suspended pay rises due under its indexation rule and gave workers tax credits instead.

In Belgium, there is a debate brewing over rules that automatically adjust the pay of most public and private sector workers in line with a “health index” of inflation that excludes fuel, alcohol and tobacco prices.

The rule means hourly wage costs in Belgium are set to rise 12 per cent in total over the next two years, the country’s central bank has forecast, 4.8 percentage points more than in France, Germany and the Netherlands, where indexation is less common.

The country’s Unizo employers’ association said wage growth at that level would be “devastating for our economy and employment” and called for an “index skip” by the government to lower expected wage rises this year.

That idea has been rejected by Lars Vande Keybus, economic adviser at ABVV, Belgium’s largest union with 1.5mn members. “Purchasing power is extremely important if we do not want to fall into a deeper recession next year,” he said.

The practice also offers a means to protect the most vulnerable from cost of living crises — in many economies minimum wages and pensions have long been indexed to prices.

But in Brazil and Argentina, economists say the practice is becoming an increasingly important reason why the recent surge in inflation is becoming entrenched.

After years of having to settle for meagre wage growth, more than 70 per cent of pay rises awarded to Brazilian workers in June were at or above the rate of consumer price inflation.

Alessandra Ribeiro, an economist at consultancy Tendências in São Paulo, said that until 2019 indexation accounted for 32-35 per cent of the rise in consumer prices. Today, it accounts for 40 per cent, she said, adding: “It is a huge problem. It creates enormous difficulties for the central bank to bring inflation under control.”

Brazil’s minimum wage was increased 10 per cent at the end of last year to adjust for price growth.

In neighbouring Argentina, where inflation is expected to reach 90 per cent this year, indexation is also becoming more entrenched, spreading to private healthcare costs this year.

Surging prices have meant annual pay rounds are being replaced by semi-annual and even quarterly negotiations in Argentina. “The faster spread of shocks [encouraged by indexation] can cause a series of bad outcomes,” said Santiago Manoukian, chief economist at consultancy Ecolatina in Buenos Aires. Bombay Dyeing & Manufacturing Company Ltd has said that it will contest the Sebi’s order banning the company and its{...}